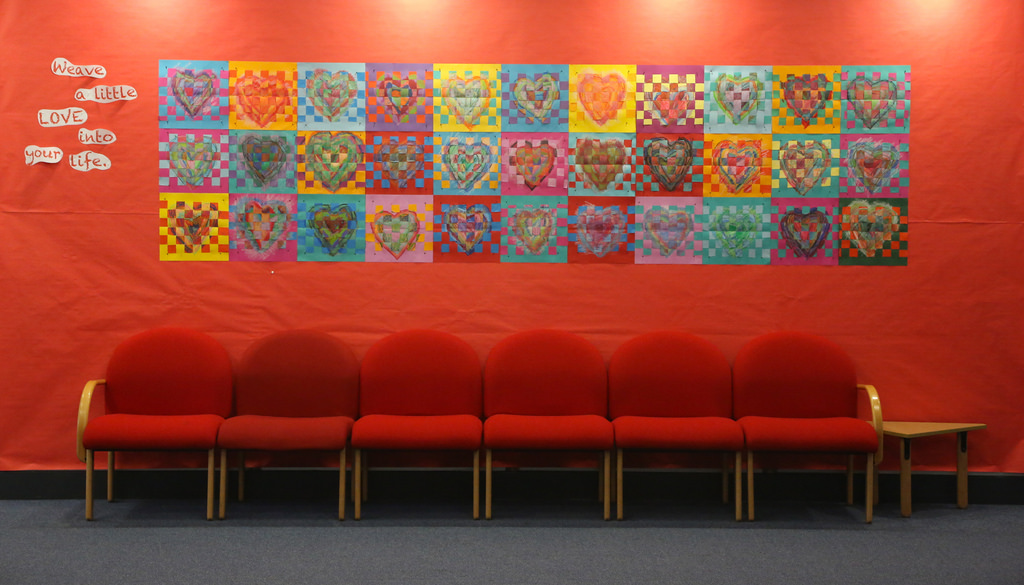 Well, work is done, Olga is at the kennel, and I am ready to take off today for the other side of the planet. Home seemed awfully lonely last night without Olga, but I must say it did not suck to wake up this morning and not have to walk a dog at 5:30 a.m.

Oh, and by the way, Happy Valentine's Day! 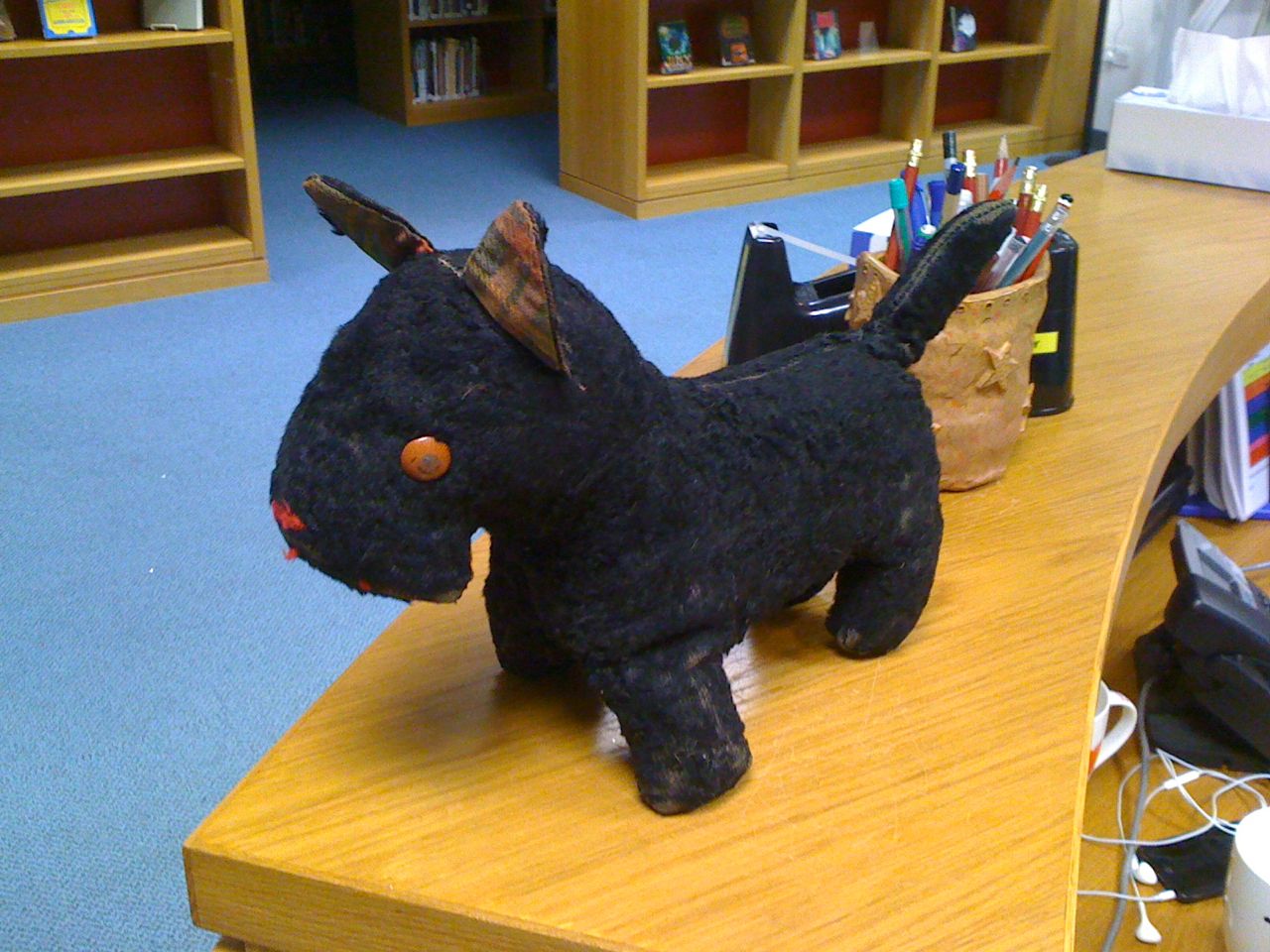 This is Blackie. He was my father's childhood stuffed toy, and yesterday he arrived in the mail from my brother, a complete surprise. A few months ago my dad gave my brother a model train set, and Blackie was in the same box. My brother apparently decided to pass him along to me.

I was on the way to work when I picked him up at the Post Office, so I just took him to school and put him on my desk in the school library. I figured the kids might get a kick out of him, and he did attract lots of attention despite his somewhat bedraggled appearance. It was probably more human interaction than Blackie has seen in many, many decades!

When I finally opened the very-thoroughly-taped box that carried him across the ocean, one of my coworkers asked, "Is it a horse?" Later I heard one of the kids say, "Nice kitty!" No, Blackie is a dog. A Scottish terrier, to be exact.

Coincidentally, a group of first-graders interviewed me yesterday for a school project -- the same kids I spoke to several weeks ago -- and they wanted me to tell a funny story from my life. So I told the story of how I'd picked up Blackie that morning and what a surprise it was to receive him. One of the girls wasn't buying it.

"Why is that funny?" she asked skeptically.

Well, what can I say. It was the best I could do on short notice.

And no, I didn't leave Blackie on my desk. Being around kids for more than a day might do him harm at his advanced age. He's now living on the north-facing (non-sunny) windowsill in our guest bedroom, well out of Olga's reach. 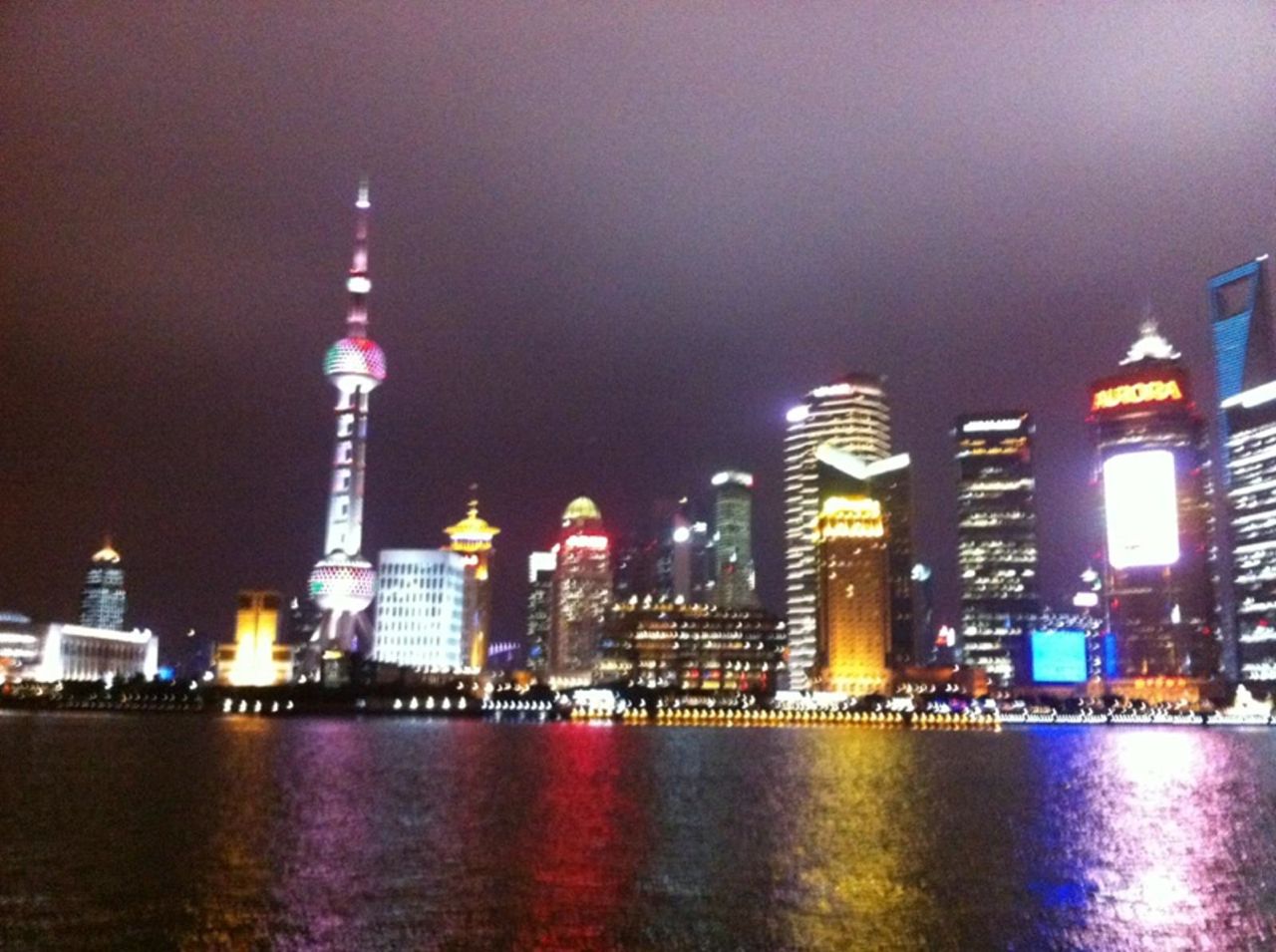 I was sitting at lunch in the cafeteria yesterday when Dave texted me this photo of Shanghai. You know how the skylines of some cities -- New York, London, Paris, Rio -- are immediately recognizable? Well, this looks completely unfamiliar to me. It's going to be very interesting to land there after an 11-hour flight, speaking and reading no Chinese, and try to get myself from the airport to our hotel. Wish me luck! I'll be back in blogland in about a week!

(Top photo: A display of student artwork at school.)
Posted by Steve Reed at 6:56 AM