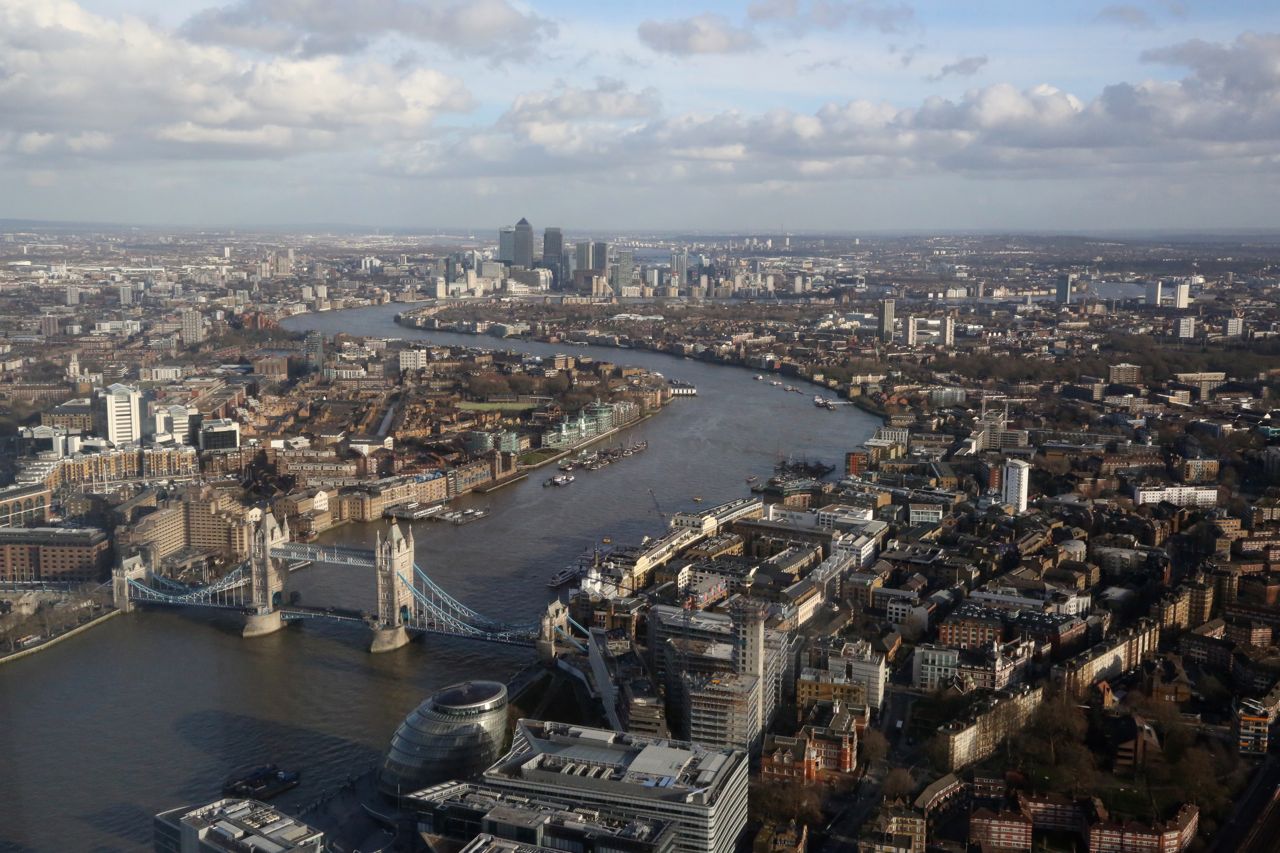 I've posted a few photos of The Shard, the 87-story spire of glass that is now the tallest building in Europe. It's easily visible from all over London, but we'd never been inside. Until yesterday, that is. Taking advantage of yet another rare sunny day, Dave and I decided to go up in The Shard and check out the view. 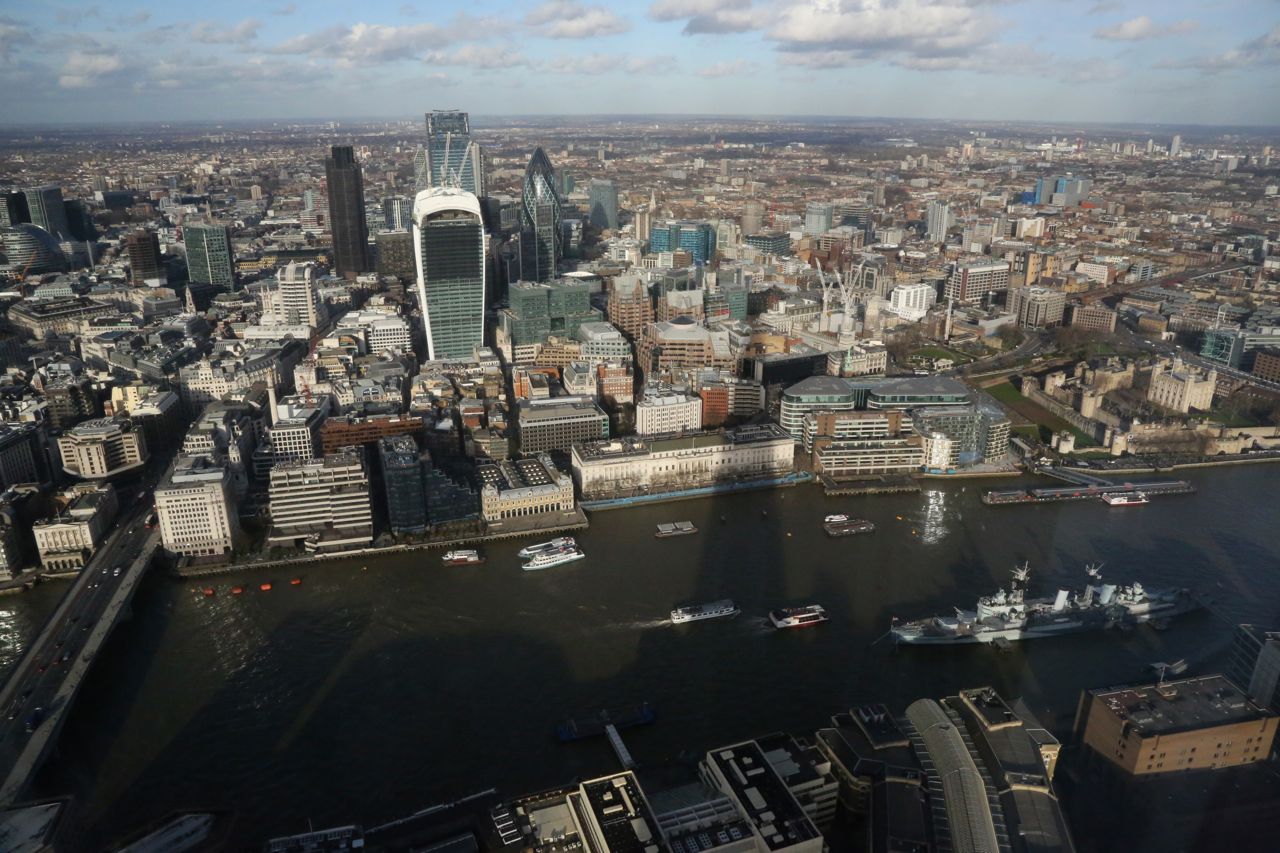 It's not an inexpensive outing. The tickets are £30 apiece (about $50), which is frankly insane. But we figured, why not do it just once? Dave wondered if they'd give us a drink, at least. 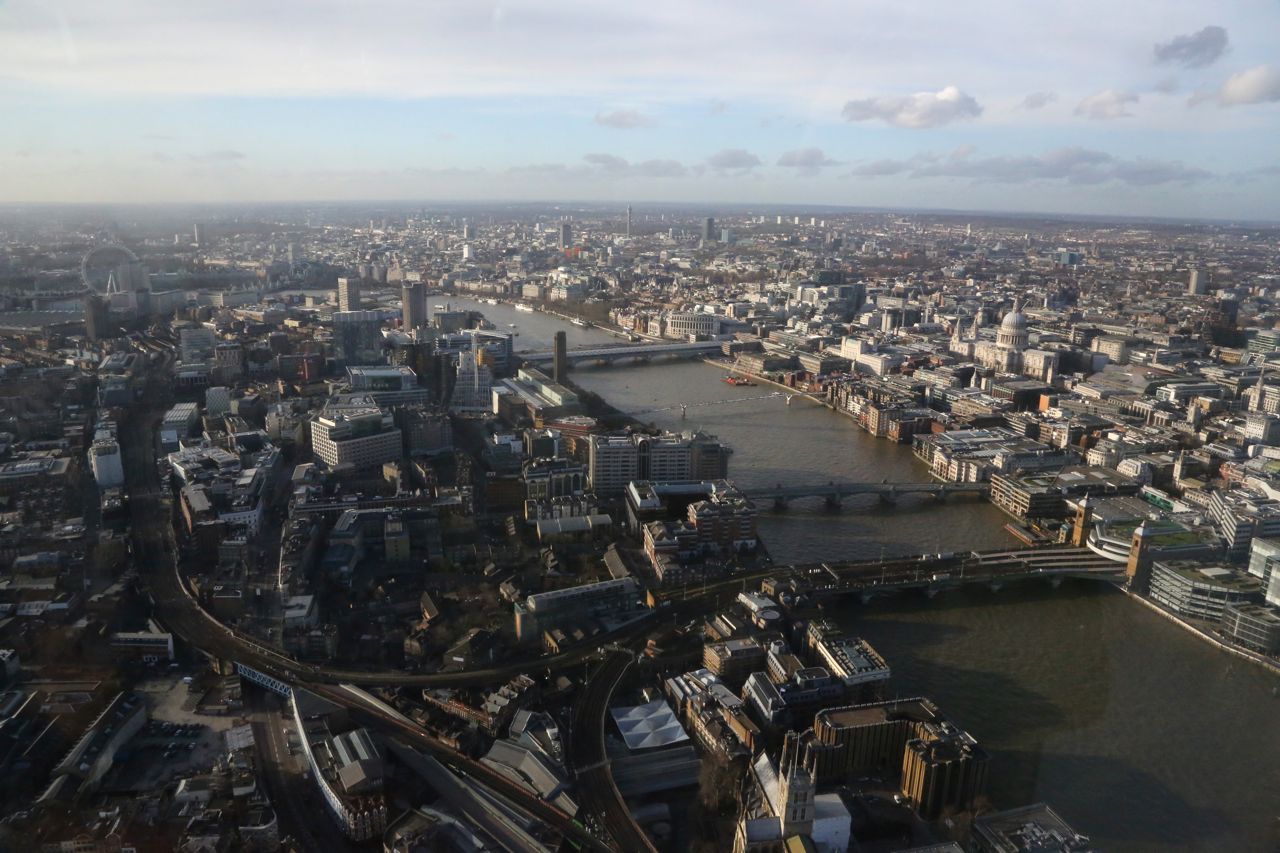 The answer is no. And despite the fact that the observation deck is named The View, Barbara Walters and Whoopi Goldberg were nowhere in evidence. (Dave gets credit for that joke, too.) 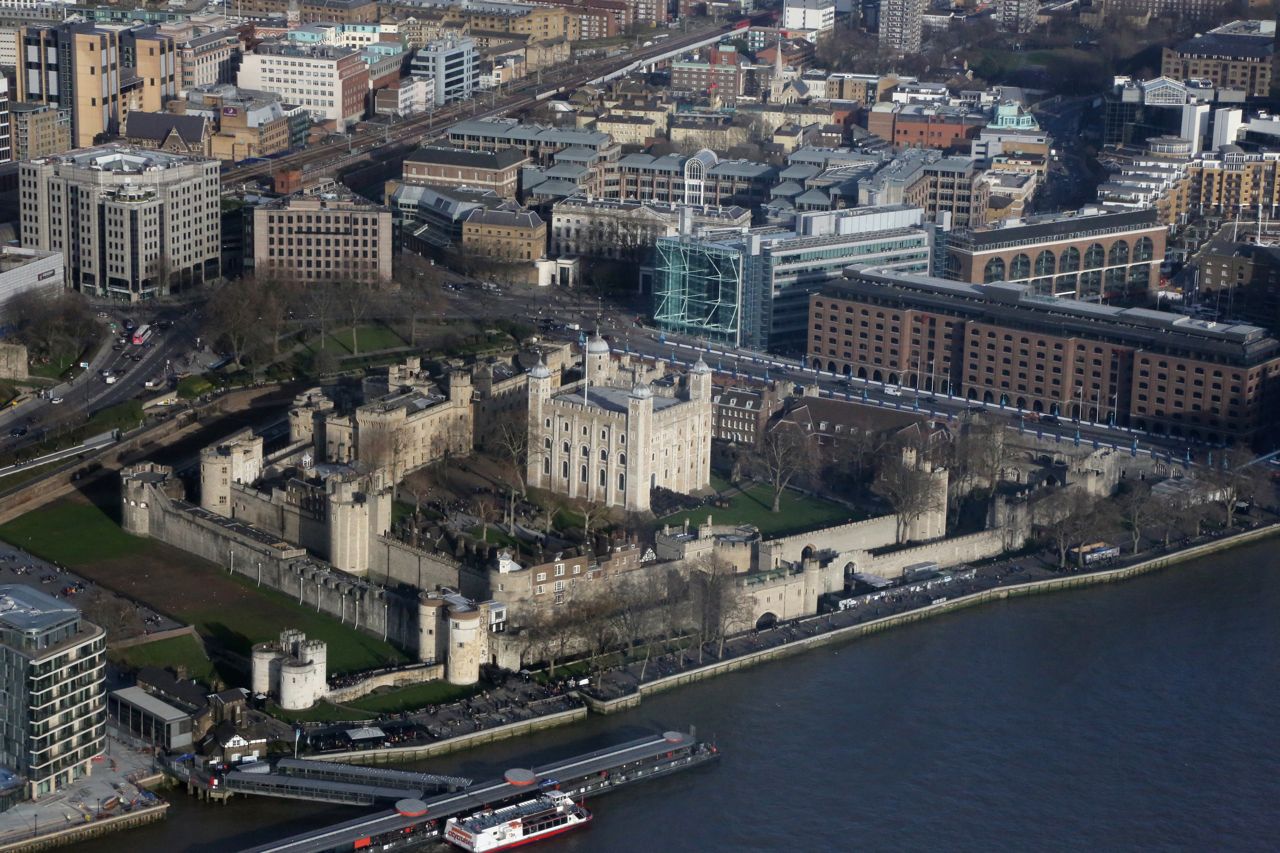 We did have an excellent view of the Tower of London. I wondered what its inhabitants from centuries past would think if they could see The Shard. 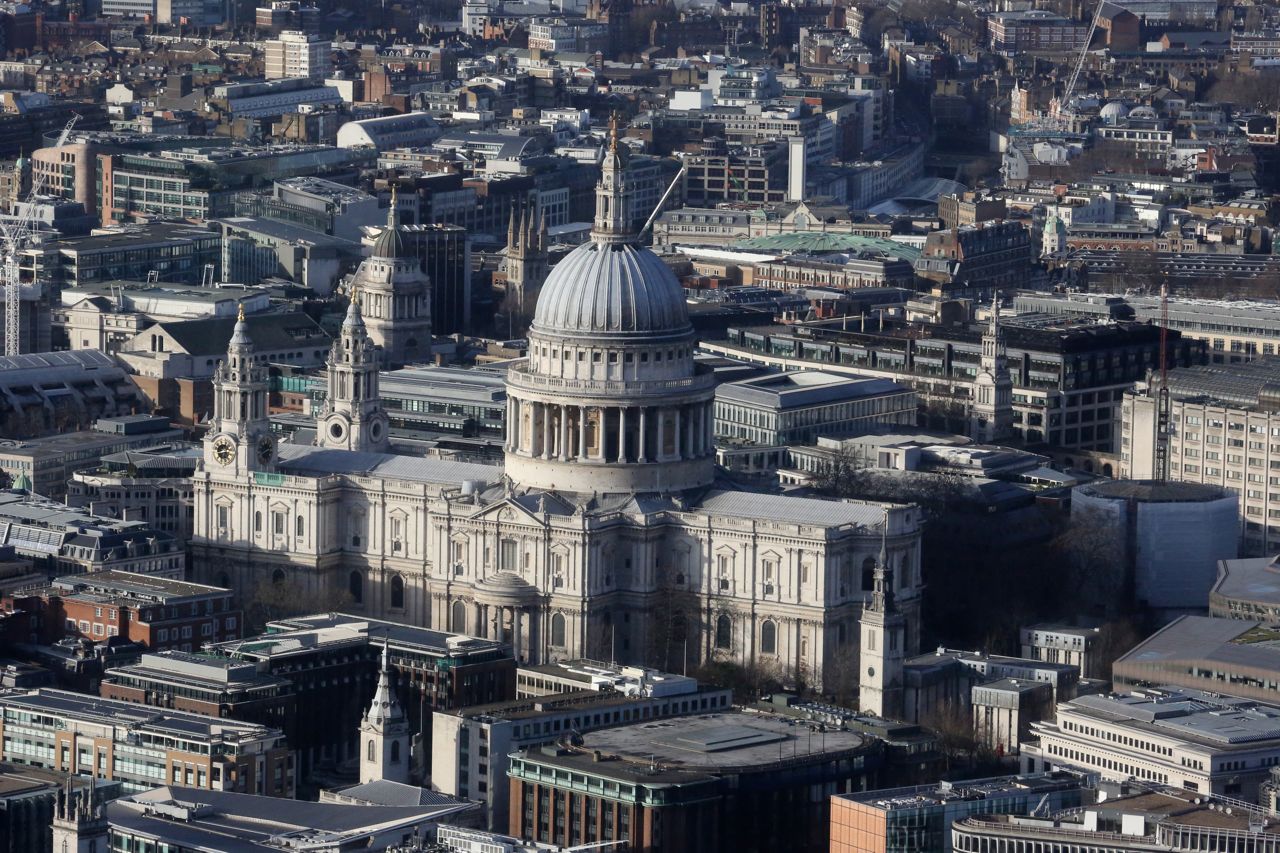 And farther afield we could clearly see the white gleam of St. Paul's Cathedral.

We couldn't see as well to the far west and south, because the sun was low and everything was a bit backlit -- so I didn't get good photos of Westminster Palace, Battersea or Elephant & Castle. But oh well.

All in all, I'd say it's an incredible view, but it ought to be about half the price.
Posted by Steve Reed at 6:43 AM