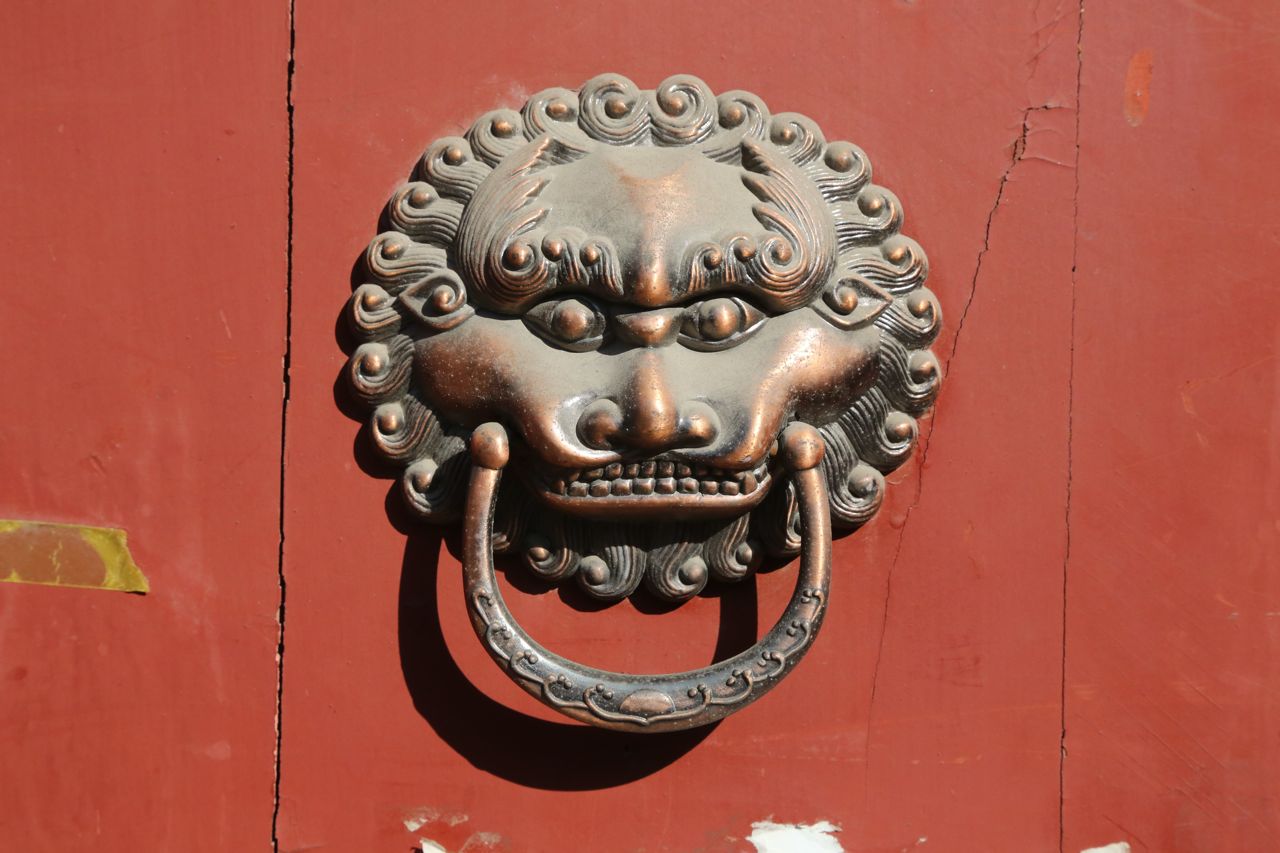 We had an unexpectedly sunny day in Beijing on Wednesday -- a bright blue sky, fresh air. It was so clear and pleasant that it made me doubt all those stories about Beijing's terrible air pollution. This wasn't so bad! 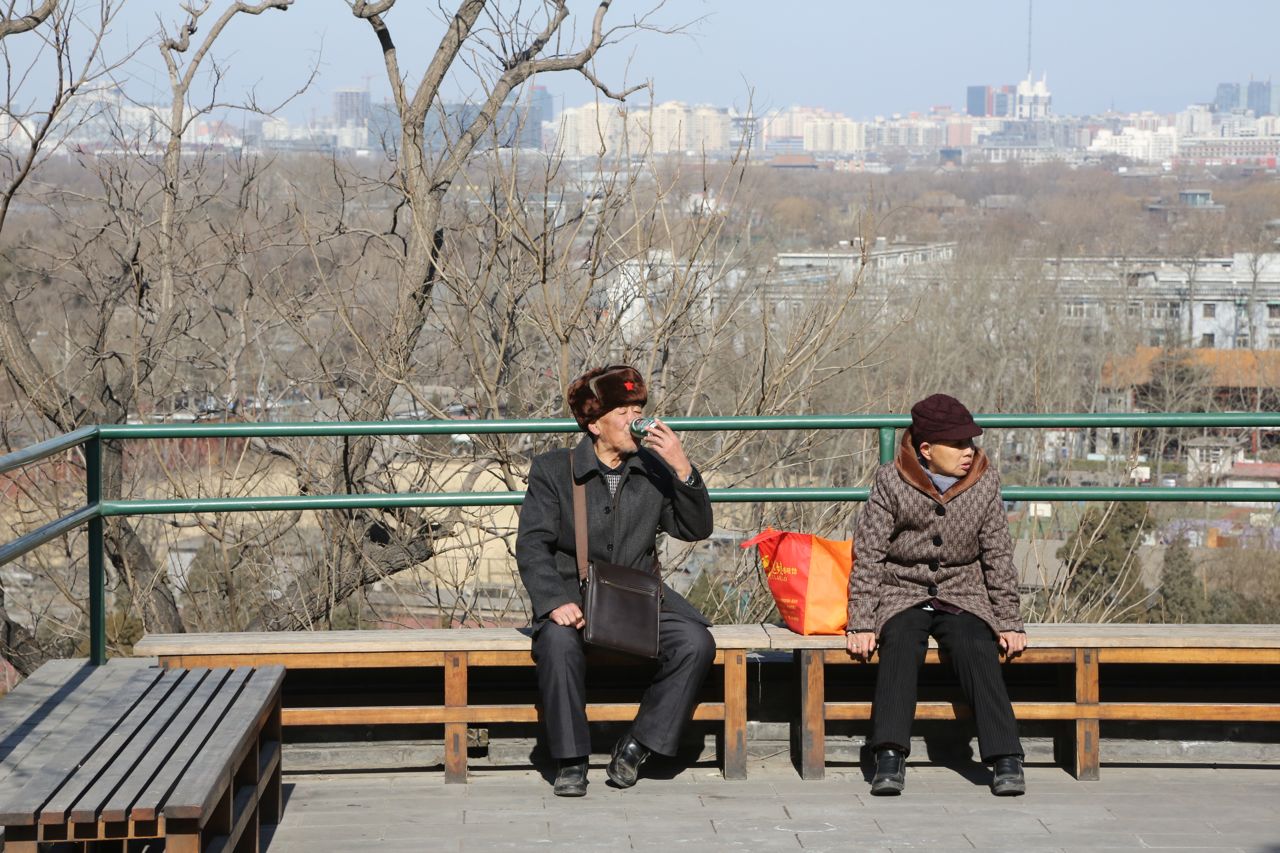 We took a long walk to Jingshan Park, on the north side of the Forbidden City, the historic imperial palaces of Beijing. From the pavilions atop the hills in the park -- created by the material dredged from the moat of the Forbidden City -- you can see over the palace rooftops and, on a clear day, across the city. Lots of people were enjoying the view, including this couple, indulging in an 11 a.m. beer. 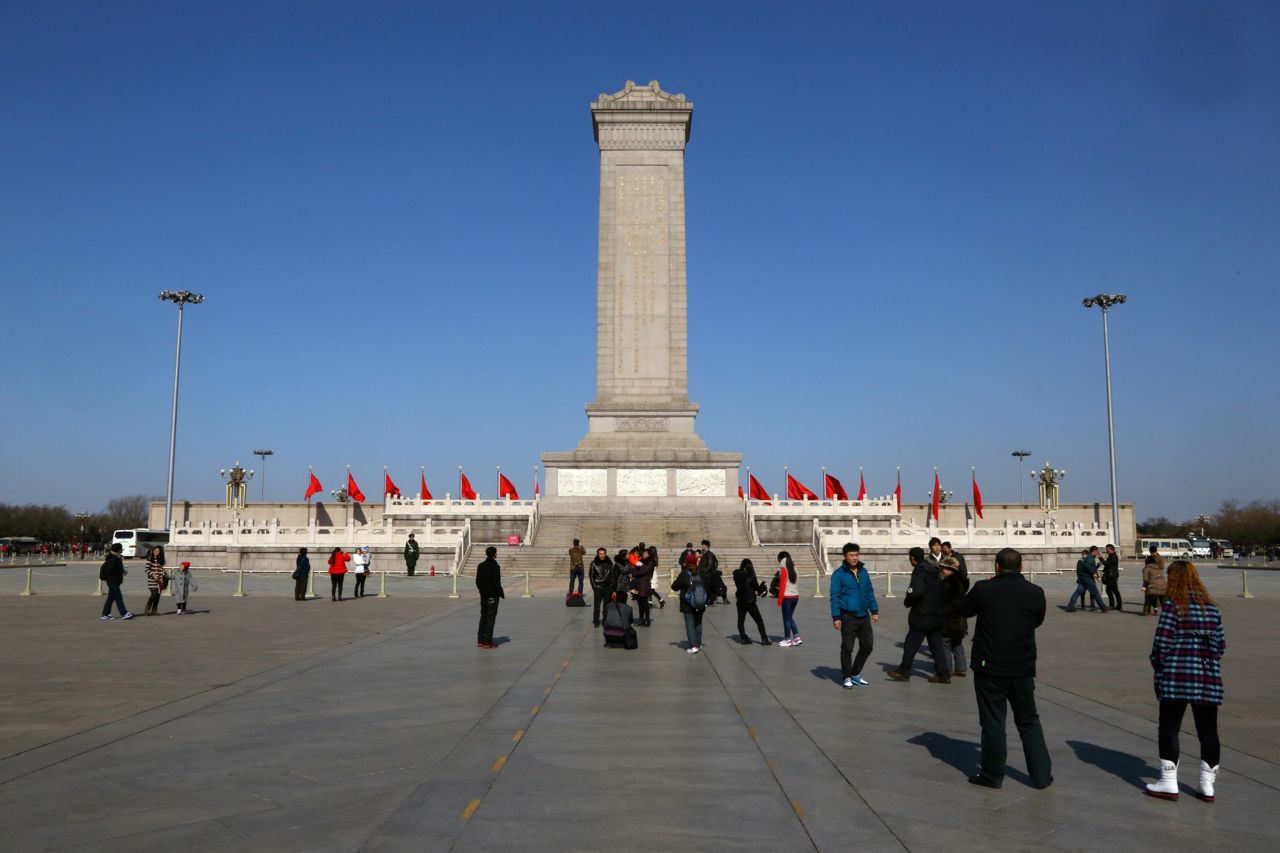 We then walked to Tiananmen Square, site of the Monument to the People's Heroes, as well as the site of several popular uprisings over the years -- including the famed stand-off in 1989 between a single pro-Democracy demonstrator and a tank. (Needless to say, there's no monument to that.) 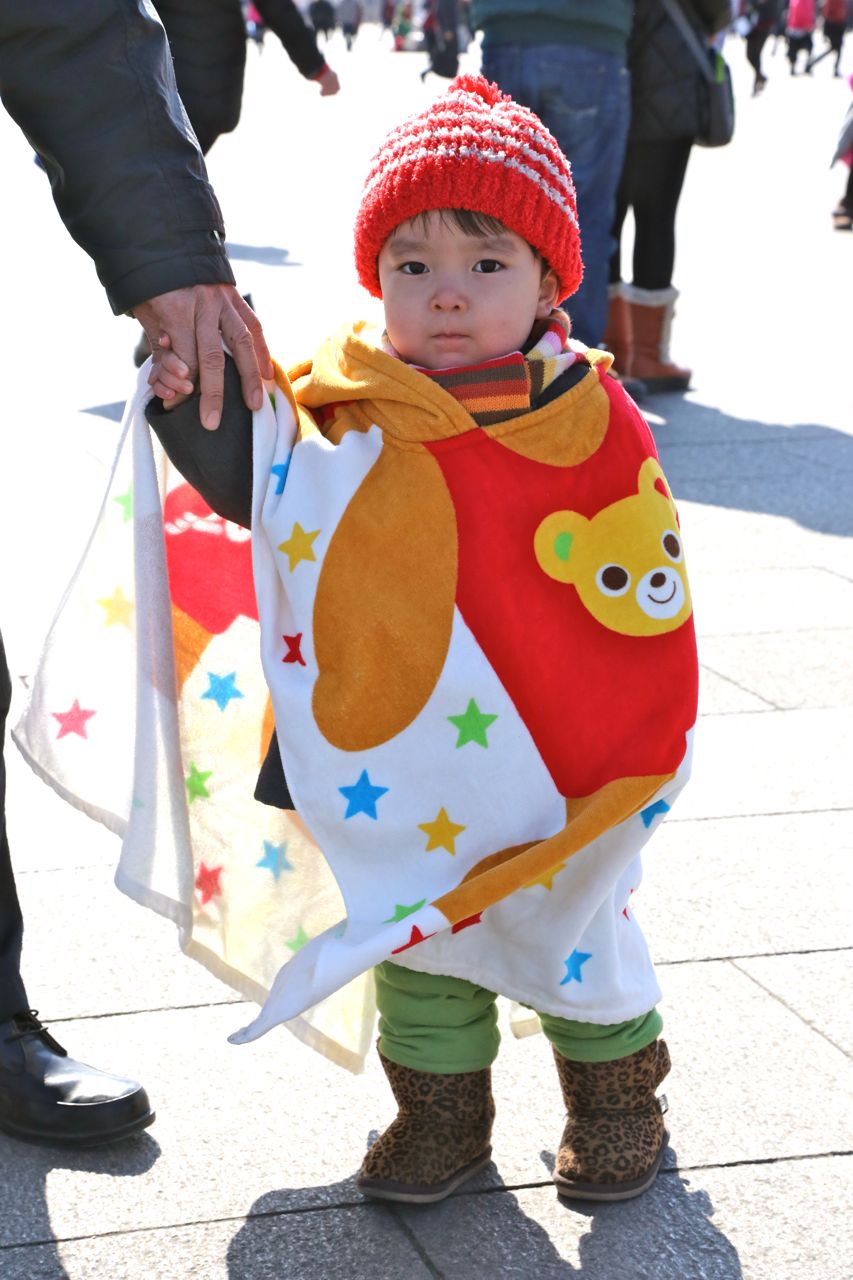 Lots of people were out and about, and as we stood in the square consulting our guidebook, two families approached and took photos with us. (I guess the sight of American tourists is still unusual to some people!) I, in turn, asked to take a photo of this kid in his cute bear cape.

The Chinese are not shy about taking or being in photos. 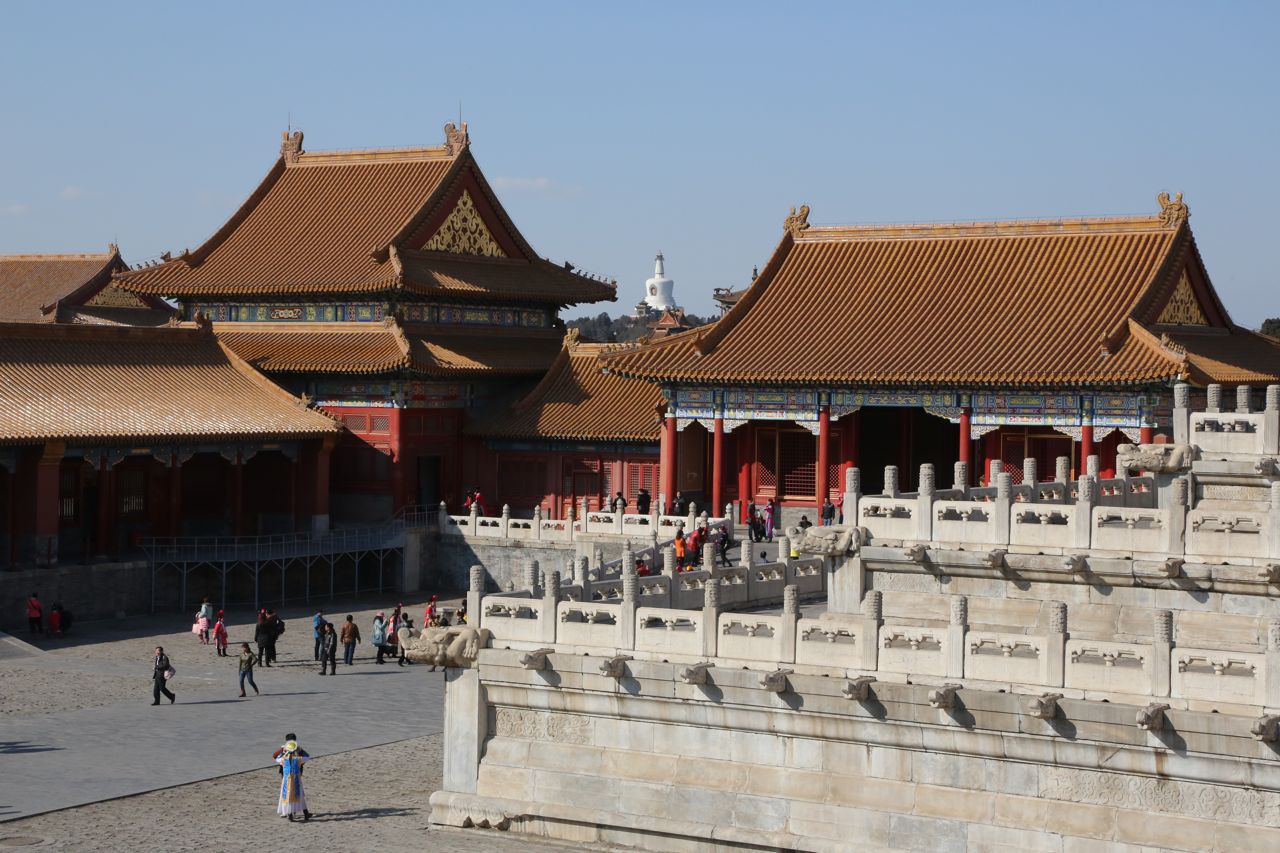 After a quick lunch -- in my case, a slightly nausea-inducing oily noodle dish called "ants crawling up trees," which thankfully did not feature real ants -- we walked through the Forbidden City, which was of course amazing. We didn't go into the related exhibit rooms (there's one entirely devoted to clocks) -- we just stayed outside and admired the architecture and the gardens.

We headed back to the hotel, and I went out for an afternoon walk and photo shoot before our evening dinner at Black Sesame Kitchen, where we dined communally in a traditional Chinese house with other expats and visitors. We had a great time, and there was a ton of food. I told the group I was pleasantly surprised by the air quality in Beijing, and they said, in effect, "Oh, just you wait."