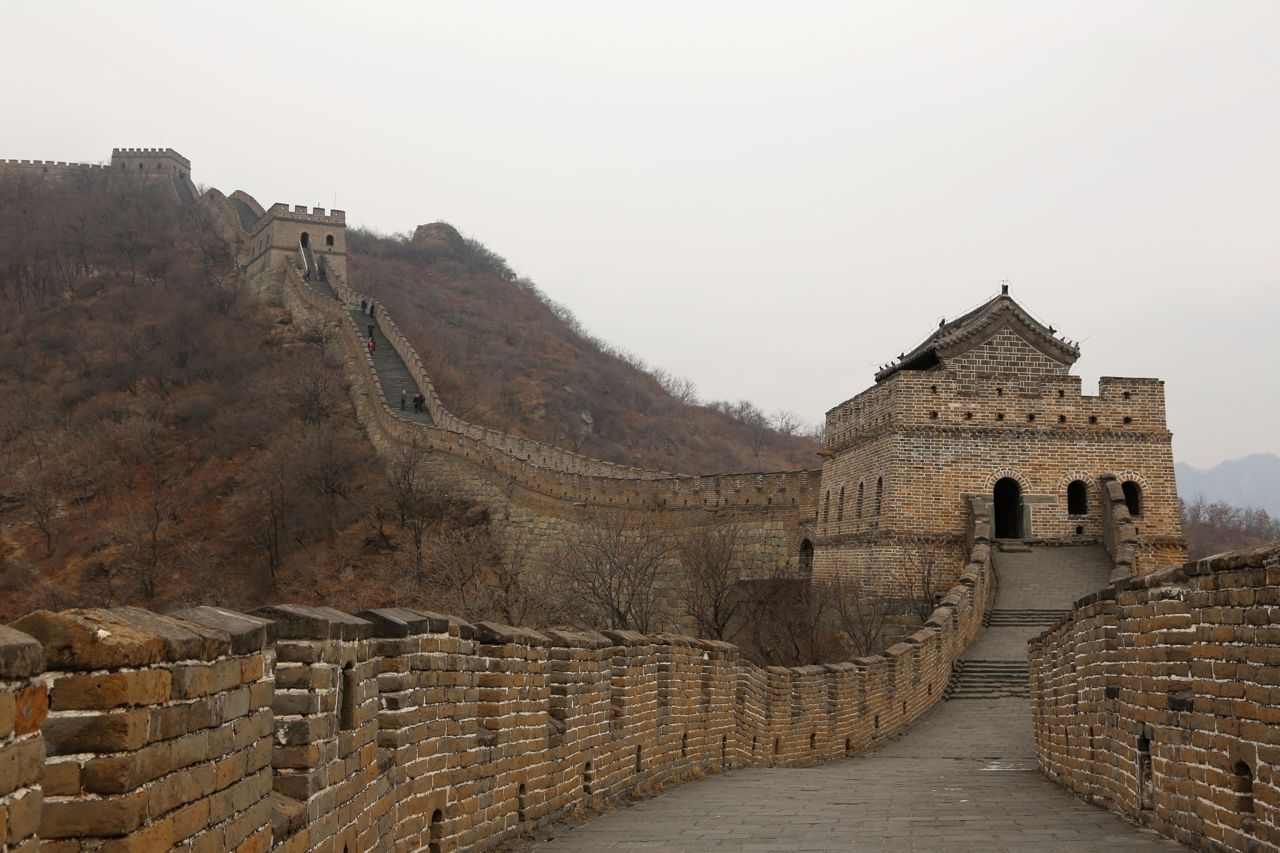 You can't go to China and not see the Great Wall. It's pretty much a requirement. It's about 90 minutes north of Beijing, and Dave and I puzzled about how to get there. We'd read plenty of horror stories about tourist bus tours, which often drag unsuspecting visitors not only to the wall's tourist hub at Badaling but to jade shops, tchotchke factories and other places no one really wants to go. So we arranged to hire our own private car through our hotel, which cost a bit more but took us by ourselves to a more remote section of the wall, at Mutianyu. 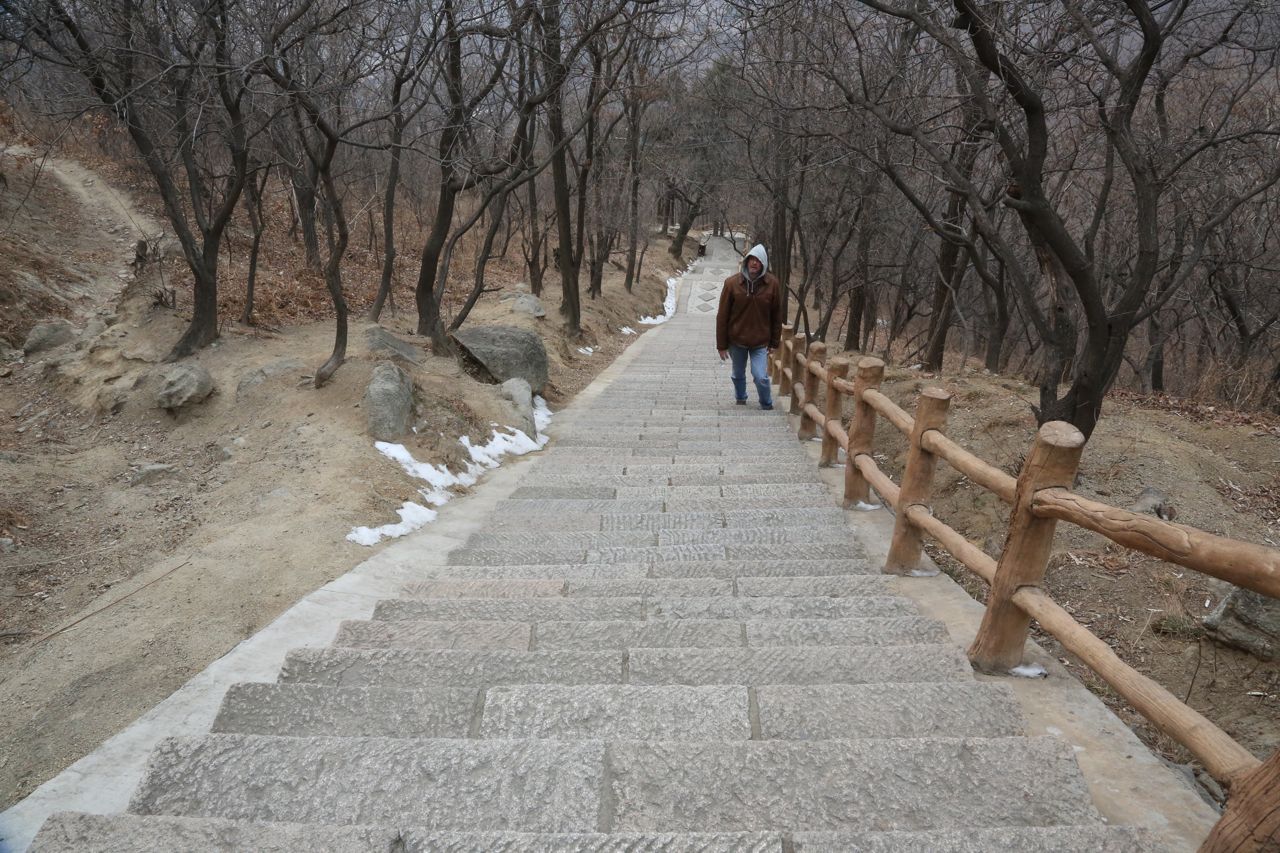 What they don't tell you, but I suppose should be apparent to anyone who gives it some thought, is that a trip to the Great Wall is arduous. You don't just get out of your car and step onto the wall. First you have to get to it -- and it's built atop mountain ridges.

That's Dave climbing up, up and up toward the wall, and gasping for breath. 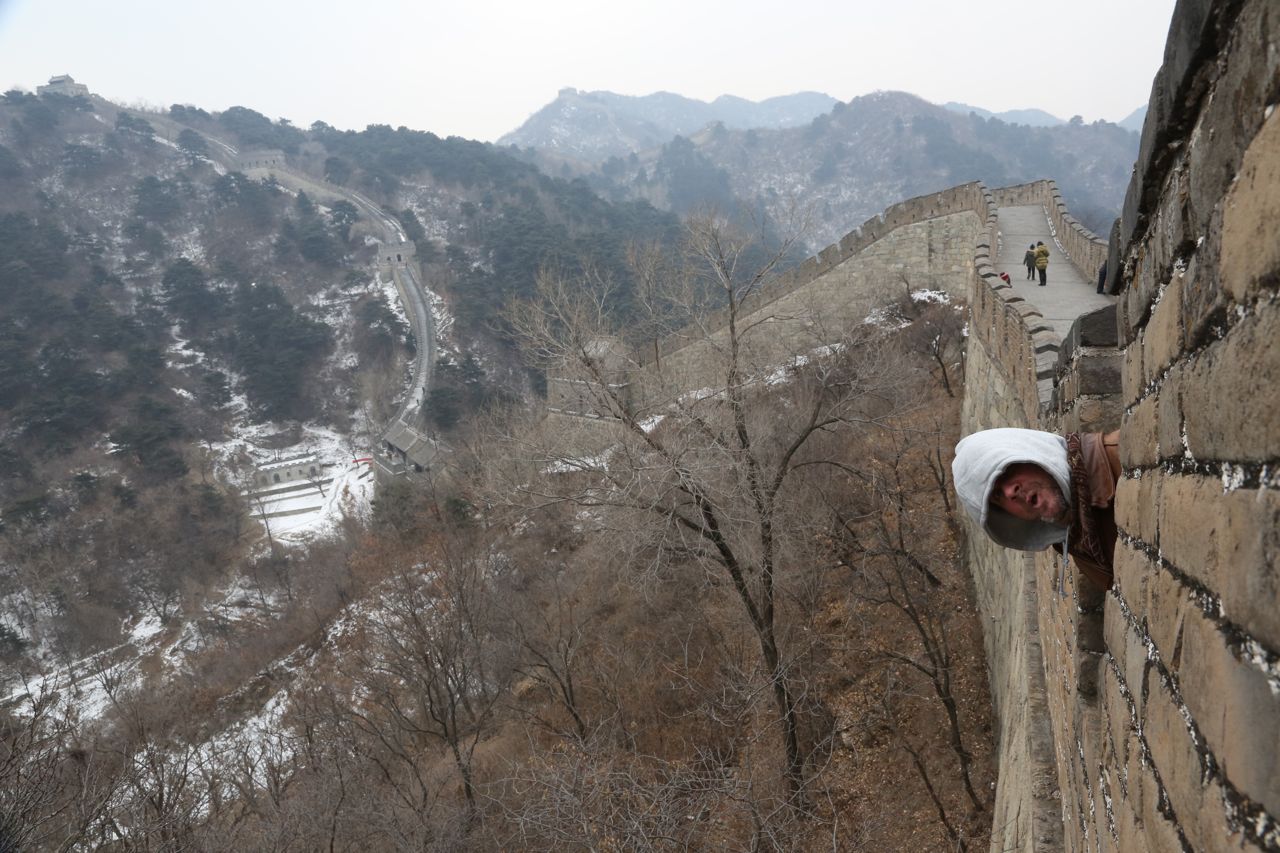 But of course once you get there it's amazing, and in winter it was especially nice because there were so few visitors. We had entire sections of the wall all to ourselves. We could climb alone atop the guard towers and look out over the surrounding landscape -- at least, as much as the smog and the biting cold wind would allow.

We spent a couple of hours walking part of the wall -- we didn't do the whole 3 kilometers at Mutianyu -- and then we took a chair lift back to the bottom of the hill, where we had lunch in a little bedraggled cafe. Excellent noodles!

(Oh yeah, there is a chair lift, and obviously it goes up, too. So we could have avoided the arduous climb, but somehow that seemed like cheating.) 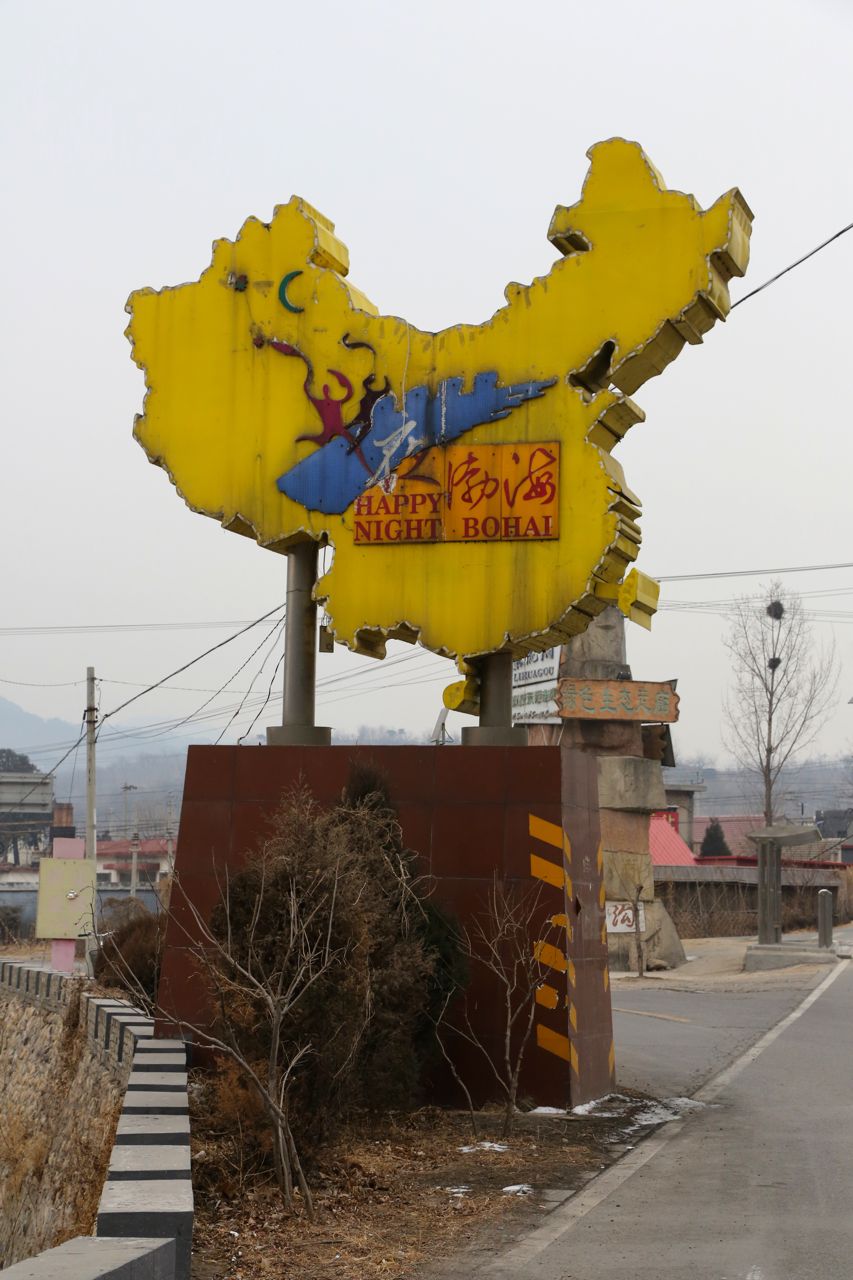 The tourist towns around the wall are full of little motels and inns, which seem to bill themselves as "farmer's houses." Maybe this is because they're built around courtyards or in a style similar to farmhouses of old? Anyway, I had the driver stop so I could take a picture of this awesome sign -- in the shape of the map of China -- for a nearby nightclub.

Back in Beijing, we had dinner at the highly recommended Mr. Shi's dumpling shop, near our hotel. Terrific dumplings of all varieties!
Posted by Steve Reed at 5:59 AM