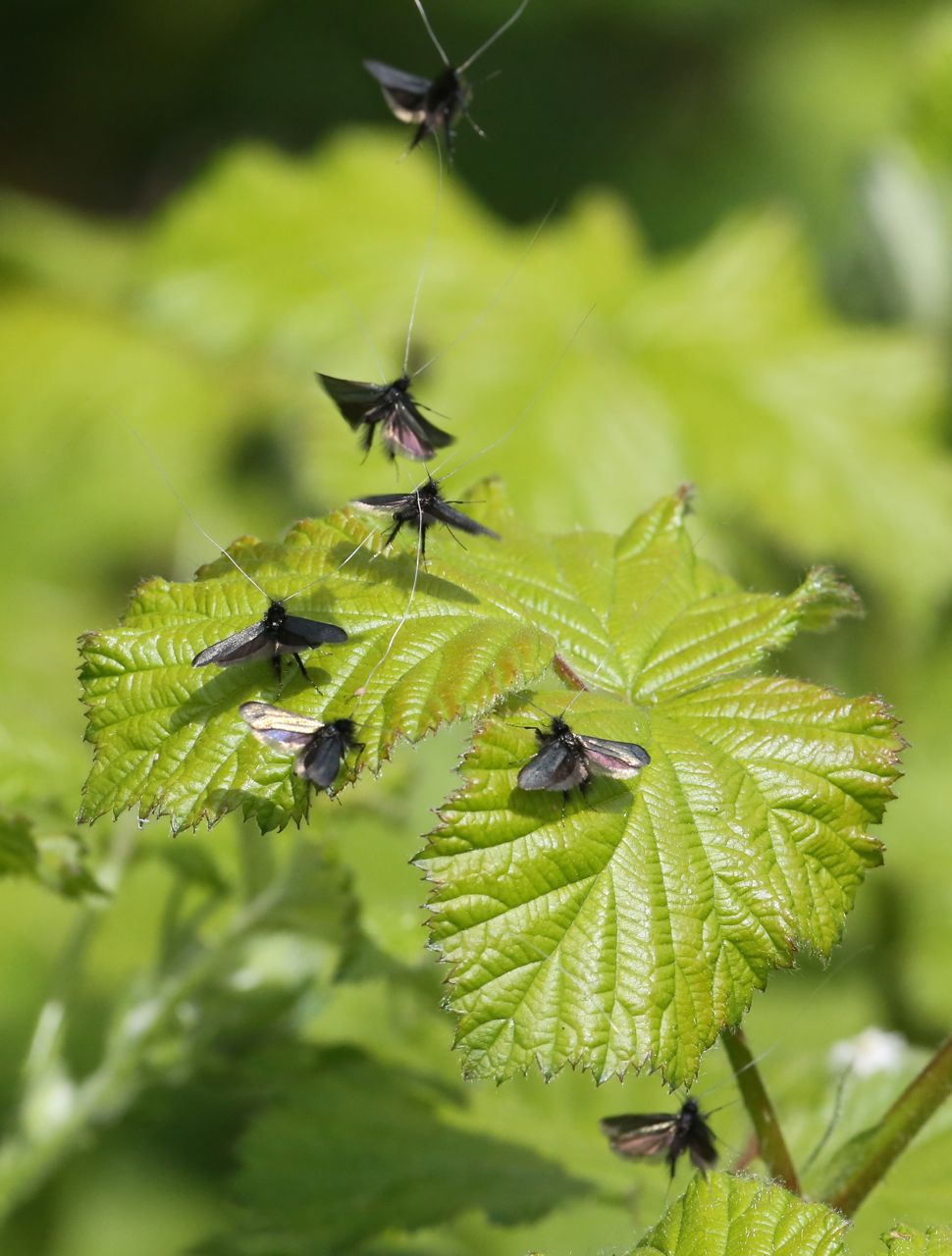 Olga and I went to Wormwood Scrubs yesterday, and we encountered an unusual cluster of insects hovering and swarming around a nondescript blackberry bush. They were like nothing I'd ever seen before, metallic and irridescent, with long, white antennae that seemed to stay more or less vertical as they flew. They'd take to the air when the sun shone, and resettle on the foliage whenever the sun slipped behind a cloud.

At first I thought they were some type of fly, but after I got home and did some research I determined they are Adela reaumurella, which is actually a moth. Isn't that a great Latin name? So poetic! 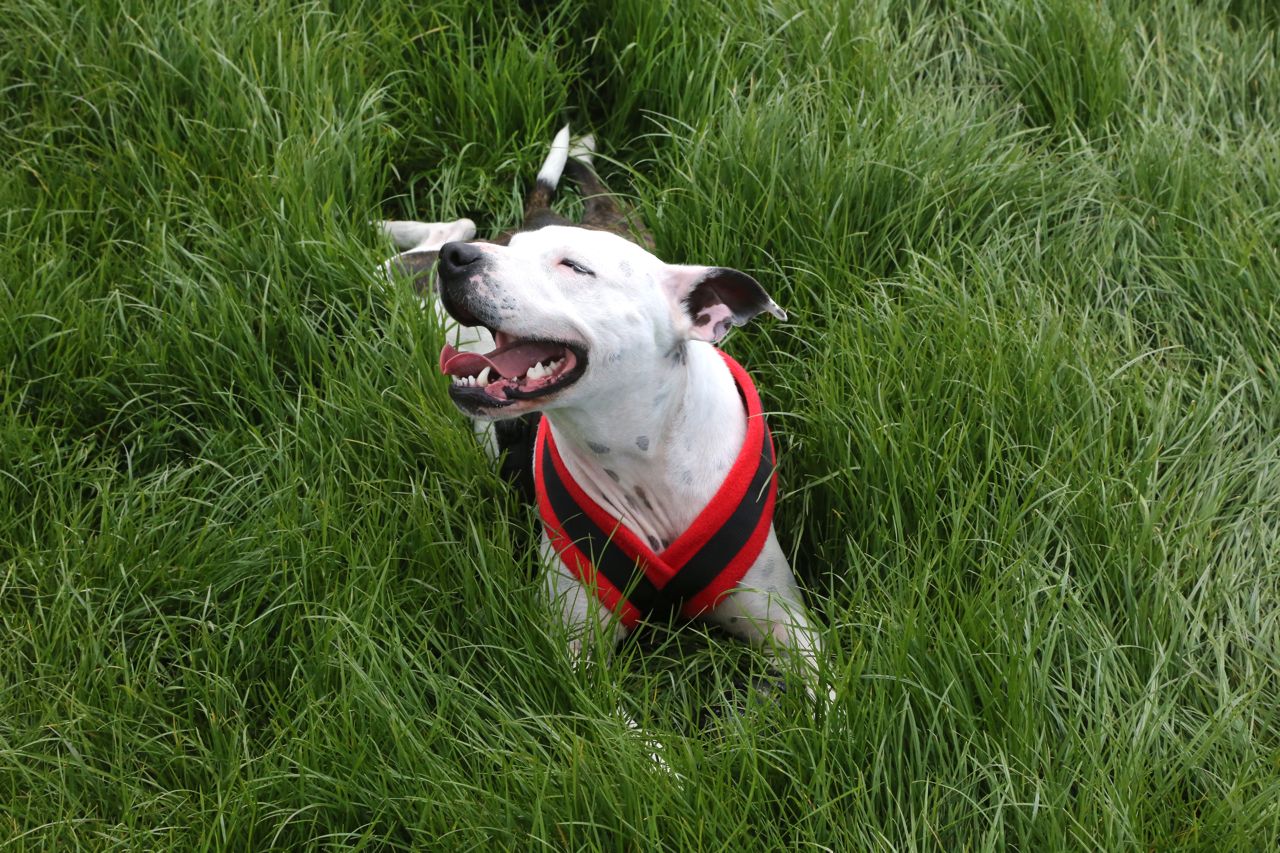 I know everyone is clamoring to see Olga in her new red harness. I still prefer the pink, but since that wasn't an option, I can live with this. She is clearly pleased with it.

Last night Dave and I went with some of his coworkers to dinner and to see the National Youth Orchestra at Royal Festival Hall. One of Dave's students was playing in the orchestra, which performed a contemporary work by Thomas Adès called "Asyla" -- which included a movement based on the pounding rhythms of a London nightclub -- as well as Richard Strauss' "Ein Heldenleben." I found the Adès piece more interesting, though it was one of those dissonant, chirpy, clangy experiences that definitely isn't for everyone.
Posted by Steve Reed at 7:53 AM

That is one happy dog!

Olga is clearly happy to be back with her people.

I'm always discovering plants and insects I had no clue were existing right beside me.
And that IS a very poetic name.
Olga is a noble beast. Just purely noble.

I've never seen anything like those bugs but Olga looks very happy in her red dress!

Beautiful moths, beautiful name! Funny how they seemed to be "charged" by the sun.

Olga looks so happy. I can see why she prefers pink because it goes with her skin tone, but the new red harness is very spiffy! And look at that long green grass! Ours is barely green!

That photo of Olga is outrageous. You can see each blade of grass it seems, and Olga herself is radiant!

Oh that Olga - so down & depressed all the time :)