The Big City, and a Mild Burn 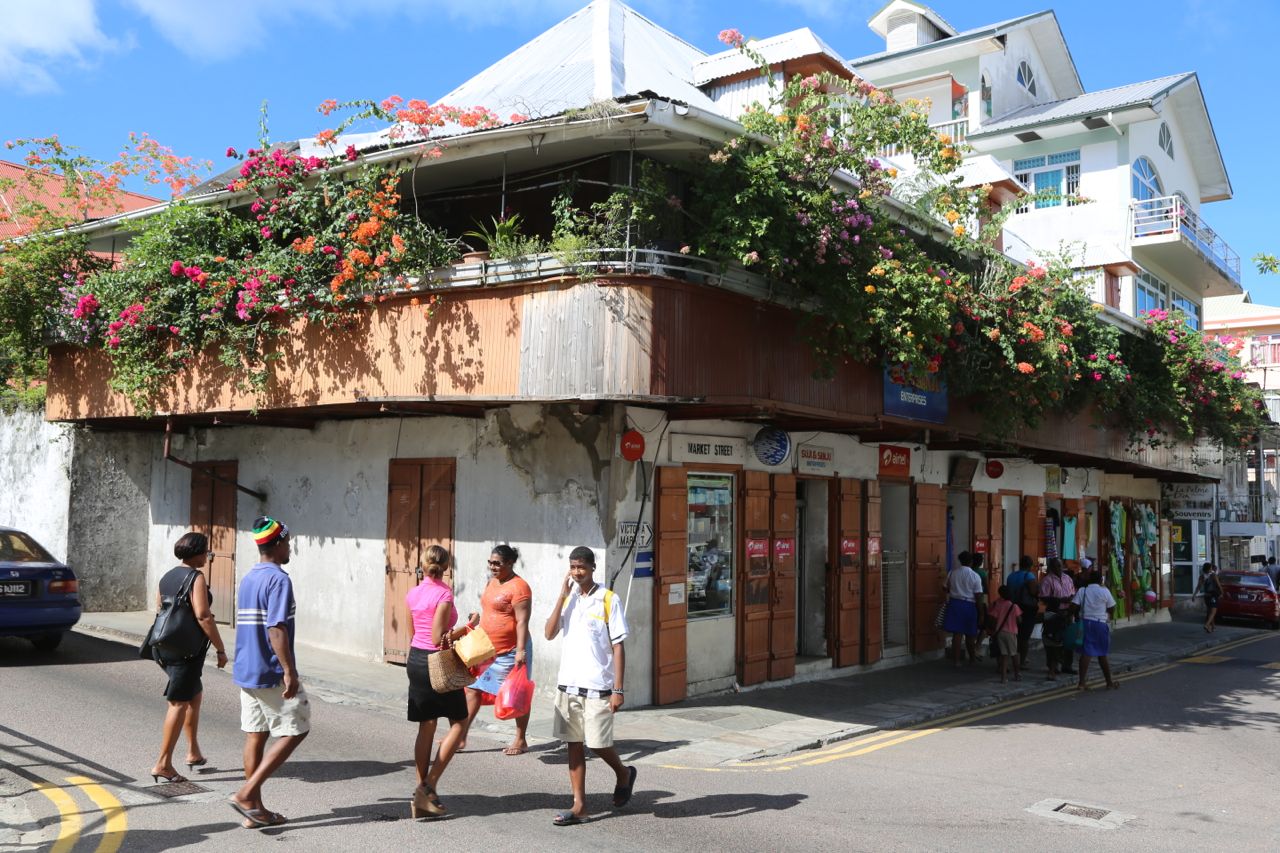 Today we went to Victoria, the bustling capital of Seychelles. I say that only slightly jokingly, because despite its small size, it really is busy with cars and people. It took me a good five minutes to get that photo above, waiting for a break in the traffic.

Victoria is located on the other side of the island of Mahé from where we're staying, at Anse Soleil. Getting over there is an adventure, as we have to traverse a mountain range! We hired a taxi for the day and saw some spectacular scenery from the mountain peaks, as well as the ruins of an old Capucin Mission created in the mid-1800s to educate the children of freed slaves.

We had a creole lunch at a restaurant called Marie Antoinette, toured the local market (full of fish and mysterious produce) and visited the somewhat dusty little Natural History Museum. 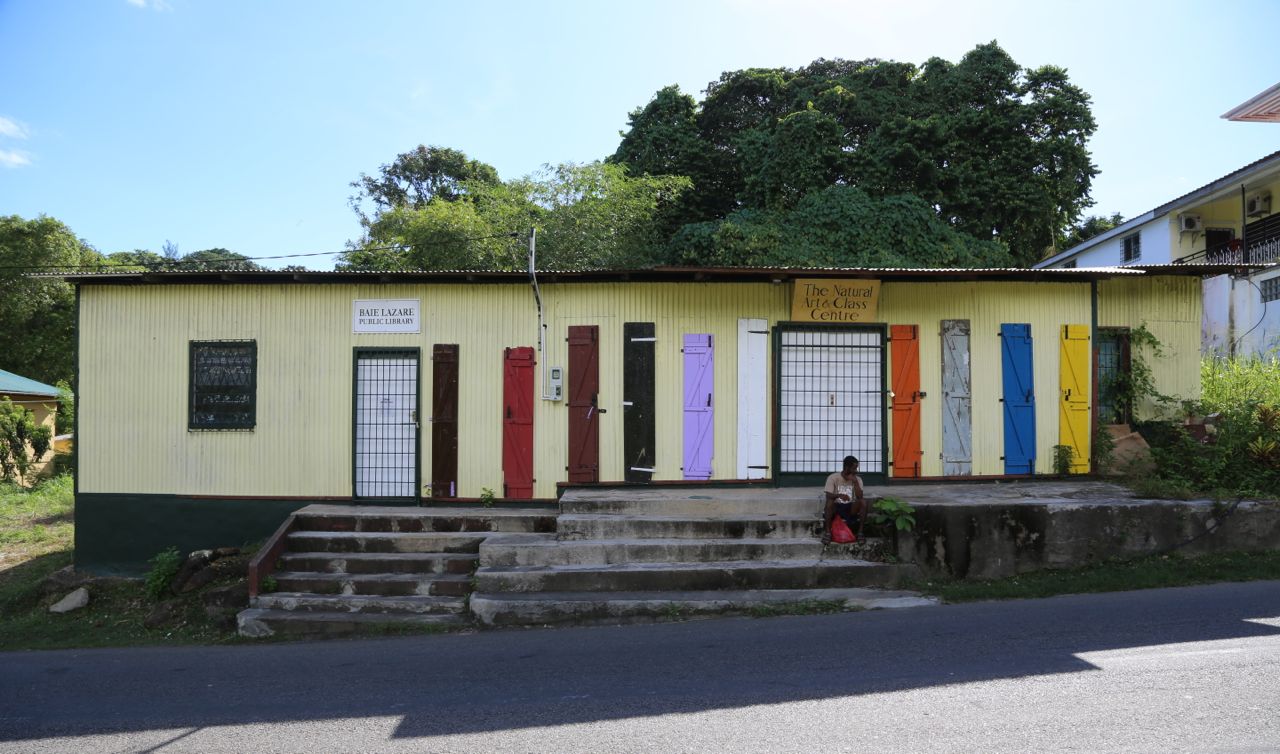 Have I mentioned that it is freaking HOT here? If I have one complaint about our hotel, it's that it is a long way from everything. Even walking out to the main road, to the small settlement of Baie Lazare, means an arduous journey up and down some steep hills. I've done it twice now, including yesterday, when I photographed this colorful little building that houses the library and a crafts center.

Dave likes the remoteness. He's definitely getting his wish for a place where there is little to do but relax. I think I like a bit more connectedness, but if I'm willing to sweat it out I can explore a bit. 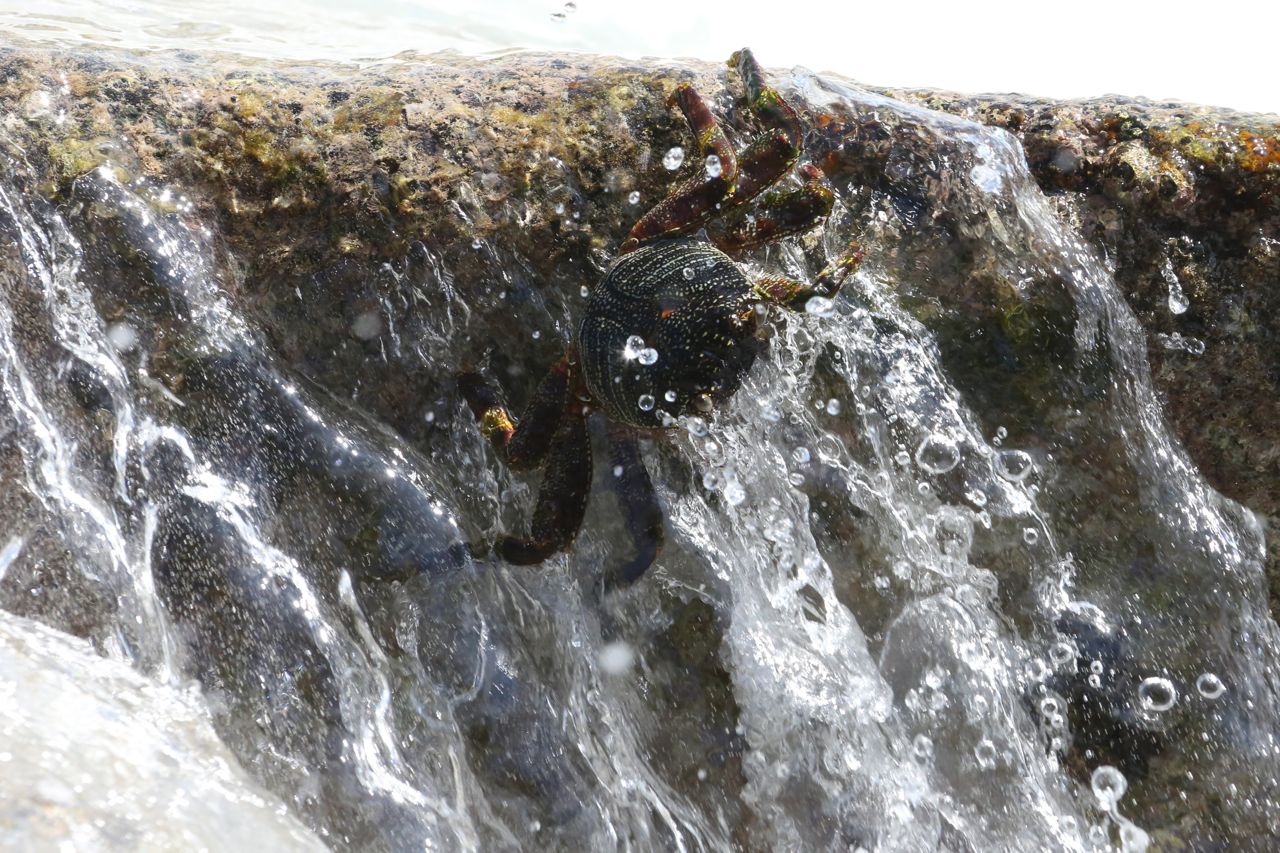 Of course, there's also the water, a cooler recreational option. Here's one of those aforementioned crabs, hanging on for dear life amid the onslaught of a crashing wave. I went snorkeling yesterday morning and had another miraculous aquarium-swimming experience, though it was tempered by a touch of sunburn. I am so careful about sunblock, and I even wore a shirt -- but I did not count on the elastic in my swimsuit going a bit slack so that the suit rode down, exposing what might be politely called my lower lower back to the sun. I now have a two-inch strip of sunburn that looks, from behind, like a pink belt. (Does anyone else have itchy sunburn? It doesn't hurt. It just itches like crazy.) 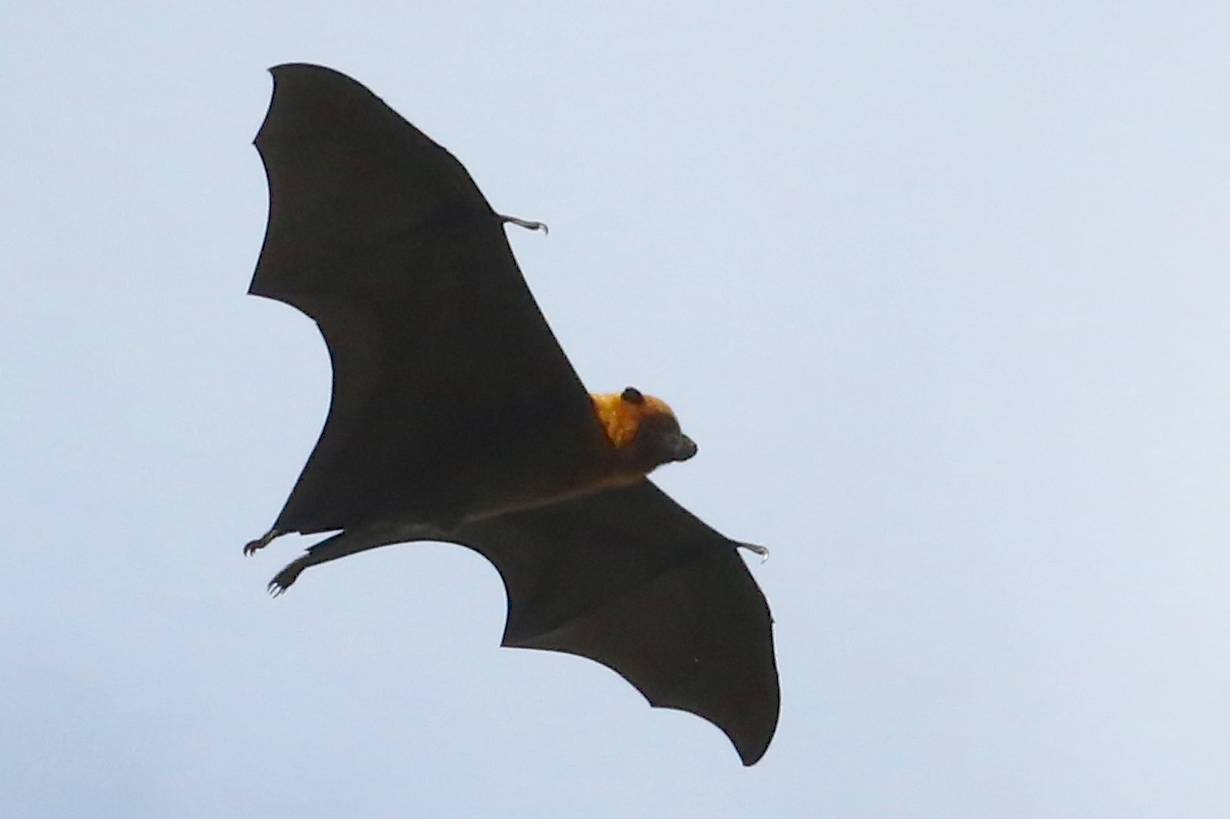 Here's one of those fruit bats I mentioned. They are very large. They look like circling buzzards. Apparently some restaurants serve them, and Dave kept talking about trying one, but I argued against it for ecological reasons. (There seem to be a ton of them, so I'm not sure my concerns are sound. Eating a bat just feels wrong.) 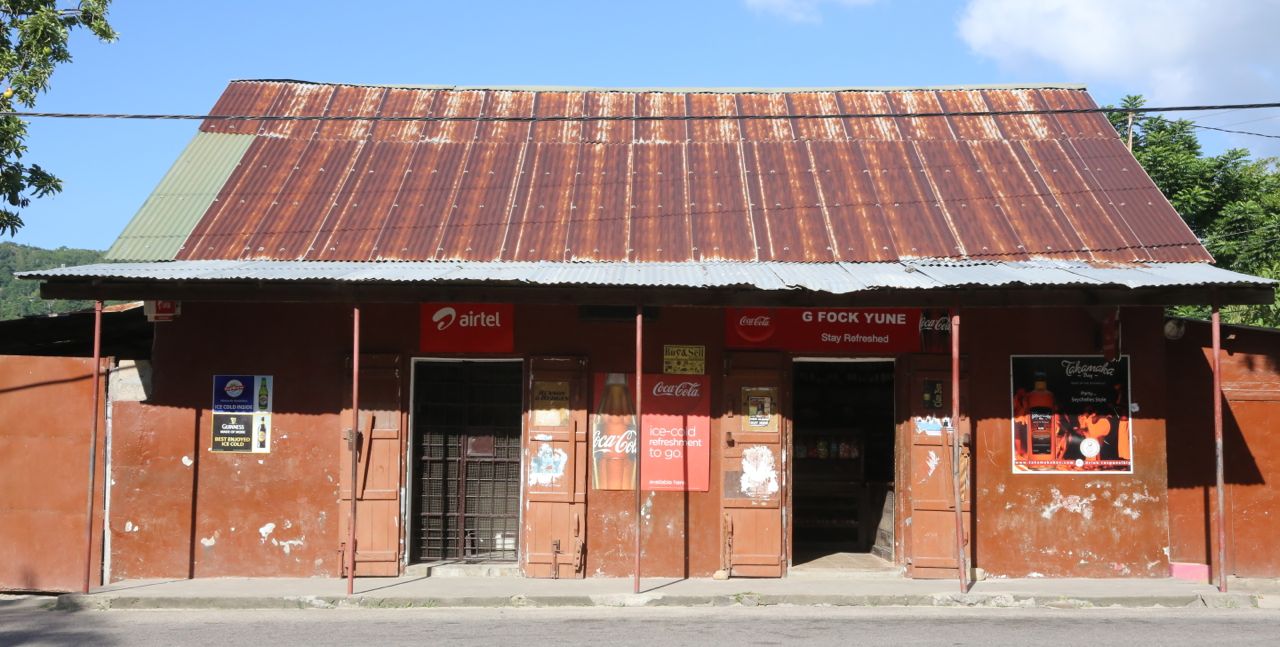 Finally, here's a little shop I found with the amusing name of G. Fock Yune. (There's also an R. Fock Yune a little bit down the road -- a relative, according to our taxi driver.)

We are headed back to London tomorrow. I'll re-enter the blog world more fully once we get home!
Posted by Steve Reed at 3:44 PM