From the Seychelles, Live! 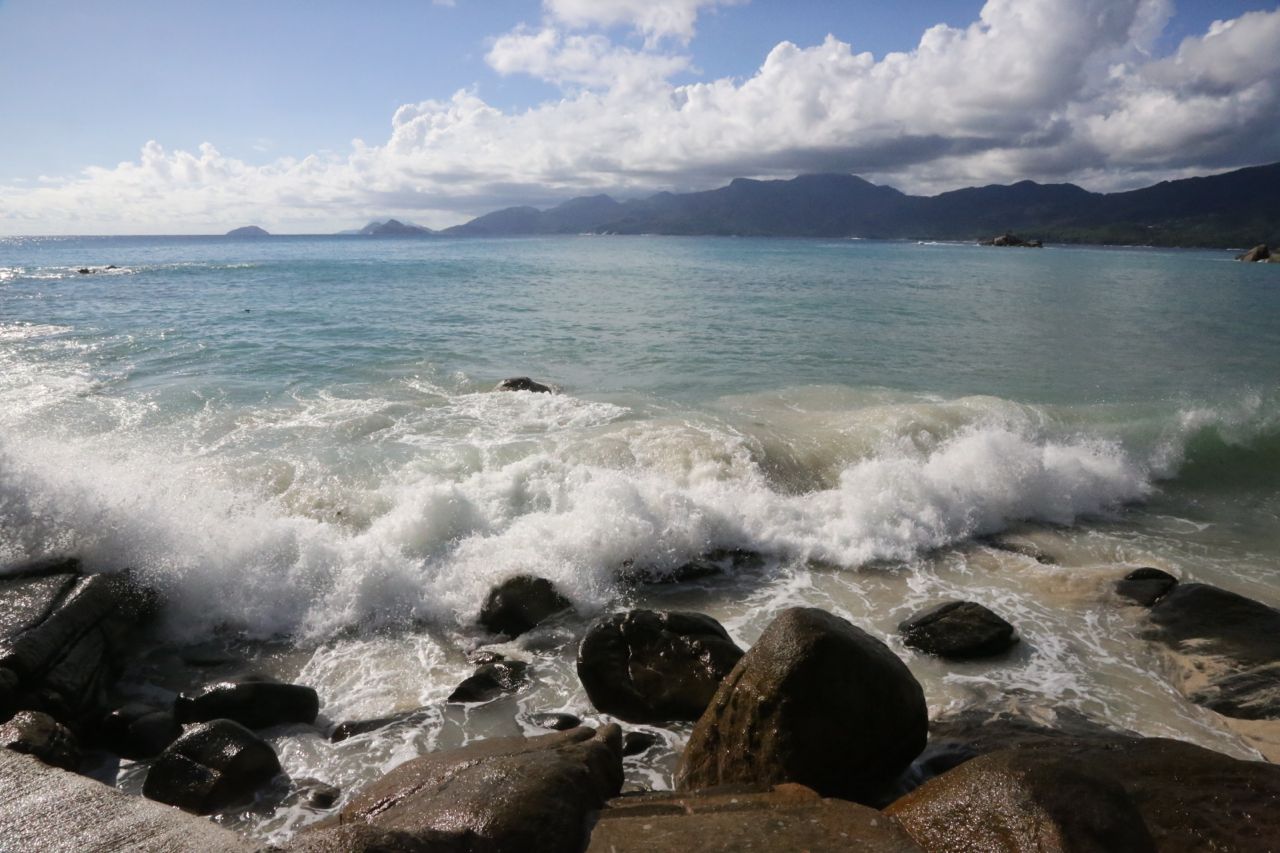 Believe it or not, we have arrived at a hotel with WiFi. At least, some semblance of WiFi. If I told you how long it took to load these pictures we could debate whether I am truly connected or not -- but they did get there, eventually.

The Seychelles are almost absurdly beautiful. They're like everyone's stereotypical idea of a tropical paradise, with turquoise water, colorful birds, copious sunshine broken by brief, refreshing rainstorms, exotic flowers and plants and plentiful relaxation. Nothing in the Seychelles happens quickly, as any Seychellois person will tell you.

Getting here turned out to be a challenge. Our flight left late from London, so by the time we arrived in Abu Dhabi we'd missed our connection. The airline put us up in a hotel (for a few hours, because by this time it was the middle of the night) and when we set out to find some food, all we could come up with was... 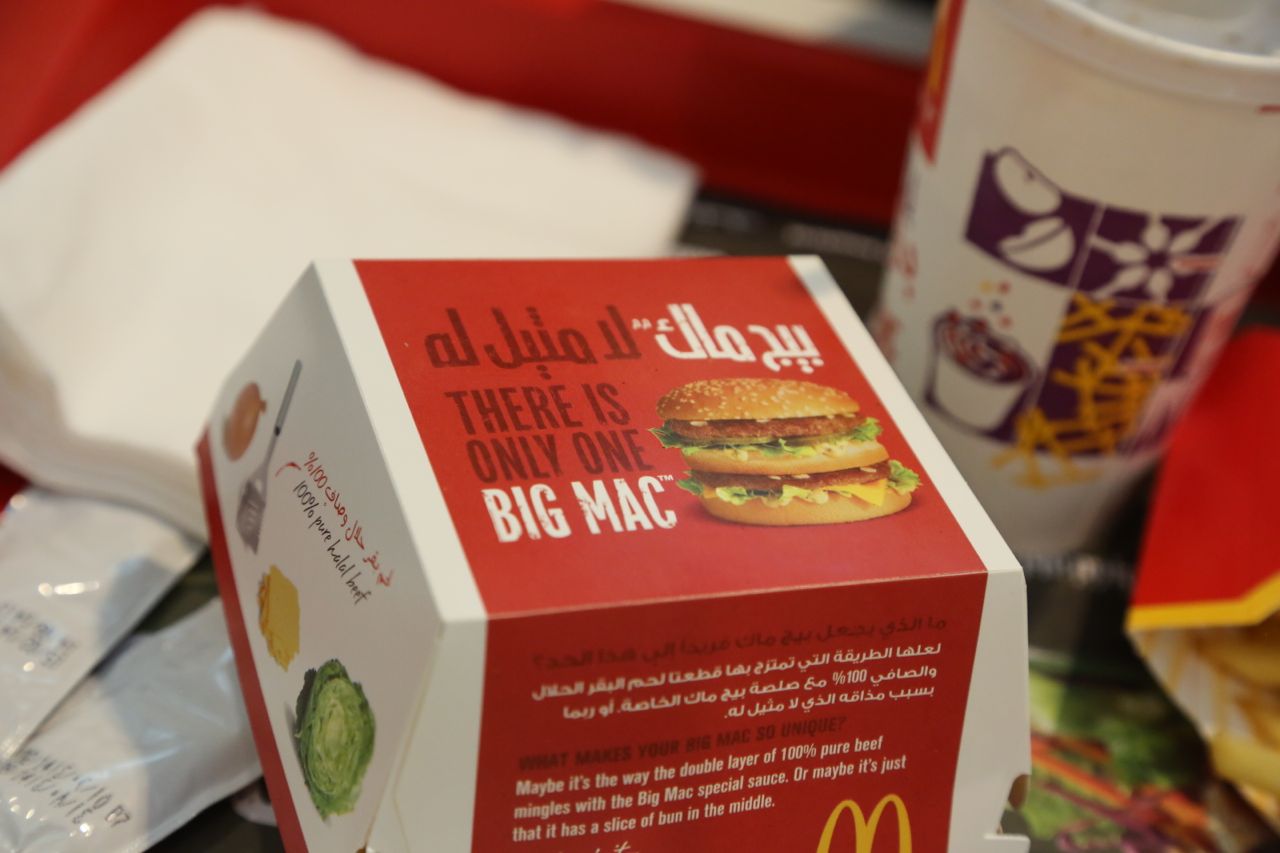 …McDonald's. But I must say, that was a darn good Big Mac. It's all about the special sauce, isn't it?

The next morning we were on the first flight out, and our arrival in the Seychelles went smoothly. We landed on Mahé, which is the main island, and got a brief tour of the capital, Victoria (which seems to be about eight square blocks) courtesy of our taxi driver. He then took us to the jetty for the ferry to Praslin, the location of our first hotel. 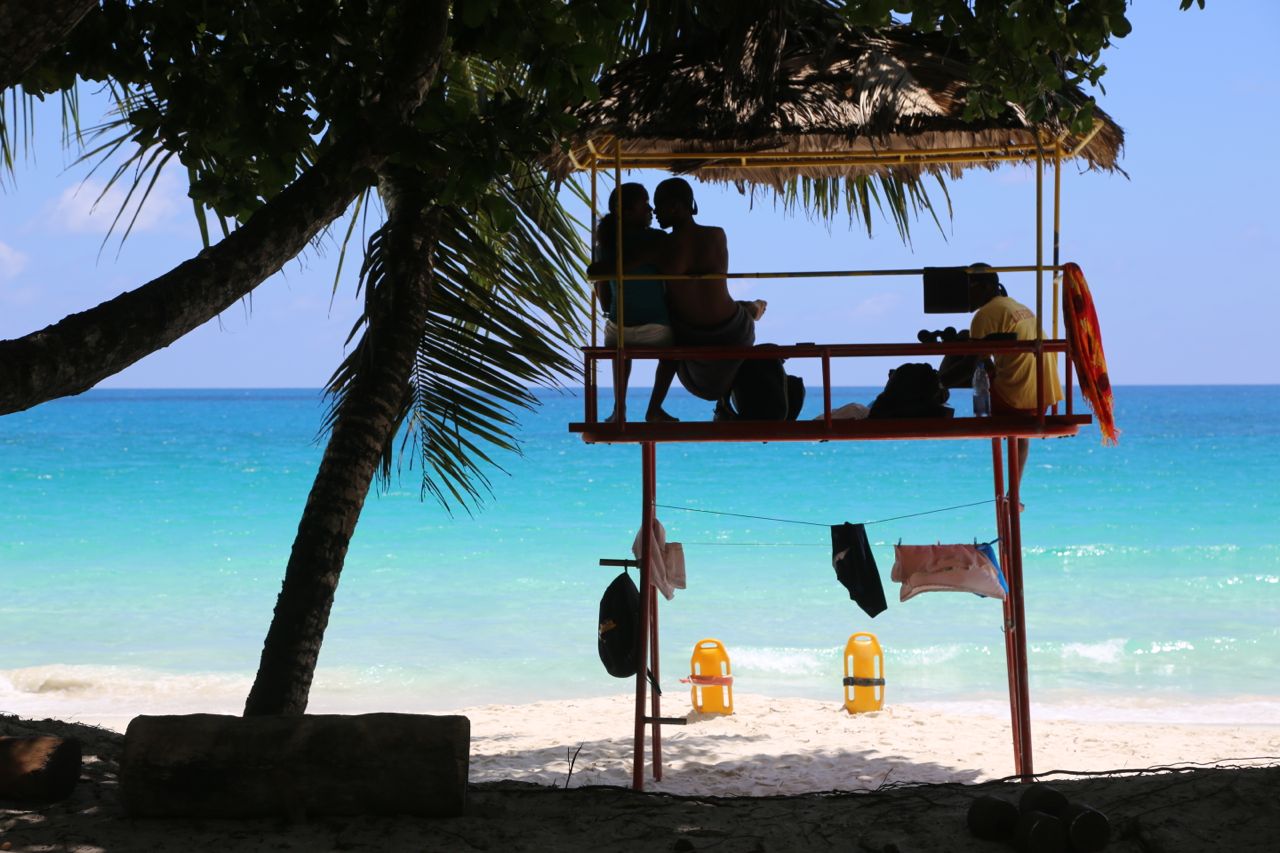 Praslin is a quieter island, with idyllic beaches like Anse Lazio, where the thatched lifeguard stand provided a place for some local romance. (The lifeguard himself is on the right, and he did seem to be paying attention.) 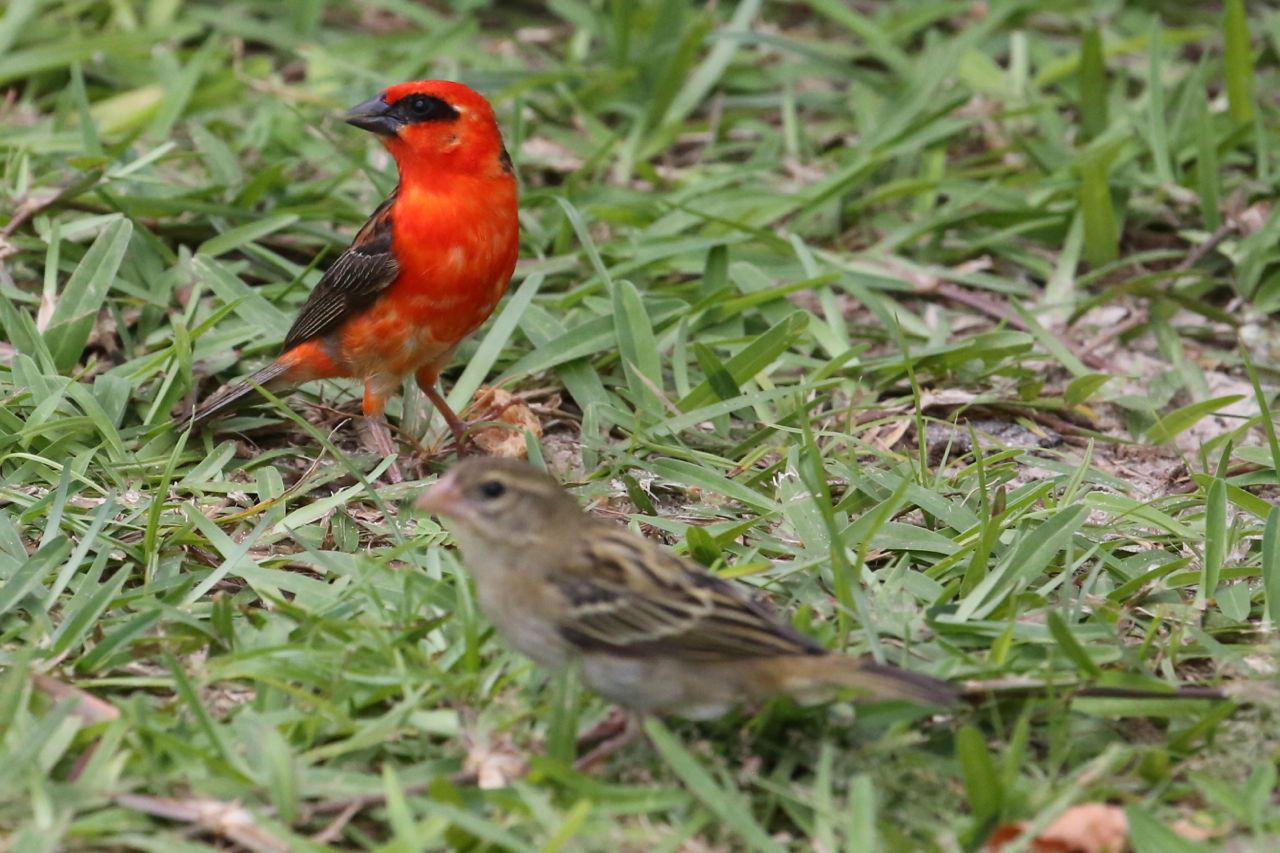 The wildlife is amazing. This orange bird is a Madagascar fody, and they're very common, flitting around in their bright breeding plumage. I think the little brown bird in front may be the female. Only the males turn orange, apparently.

We've seen lots of other amazing birds, and huge fruit bats that circle through the skies in afternoon and evening. We snorkeled on a reef, and yes, it was like an aquarium, to use a tired but truthful analogy. 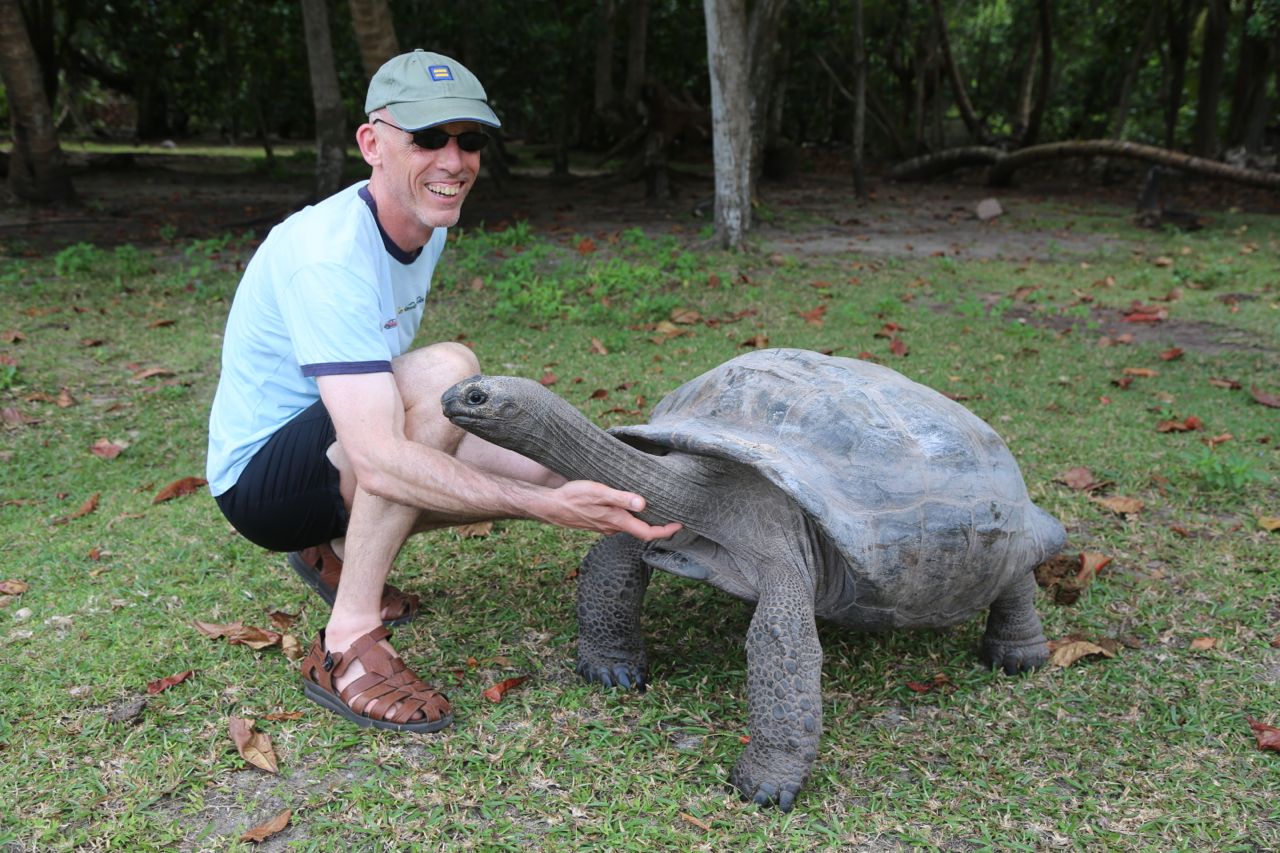 And of course, we've seen lots of giant tortoises. Literally dozens of them. They love having their necks scratched.

Yesterday Dave and I went to the Valle de Mai, which is a UNESCO World Heritage Site and the home of the Coco de Mer palm. These palms only grow in the Seychelles, mainly on Praslin, and they live an incredibly long time for a tropical tree -- something like 800 years. They're best known for their curvy and suggestive seeds, which weigh several kilos and are the largest in the plant kingdom.

Our guide at the Valle de Mai introduced himself as Sean, "just like Sean Connery -- but I can't act." 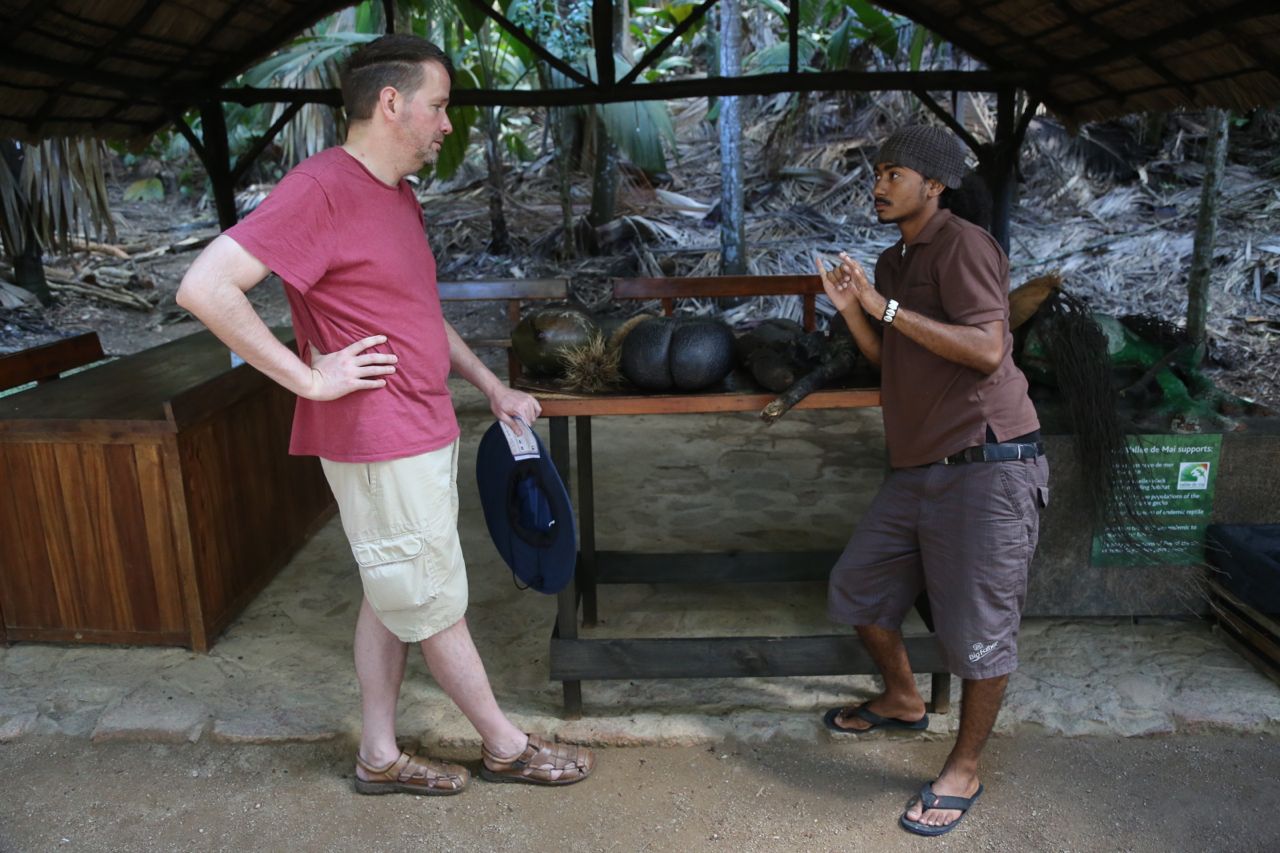 We've seen lots of geckos and lizards, too. And crabs! This place is simply crawling with crabs. The good kind.

We left Praslin yesterday and came back to Mahé, where we will spend the rest of our trip, being forced to witness sunsets like these: 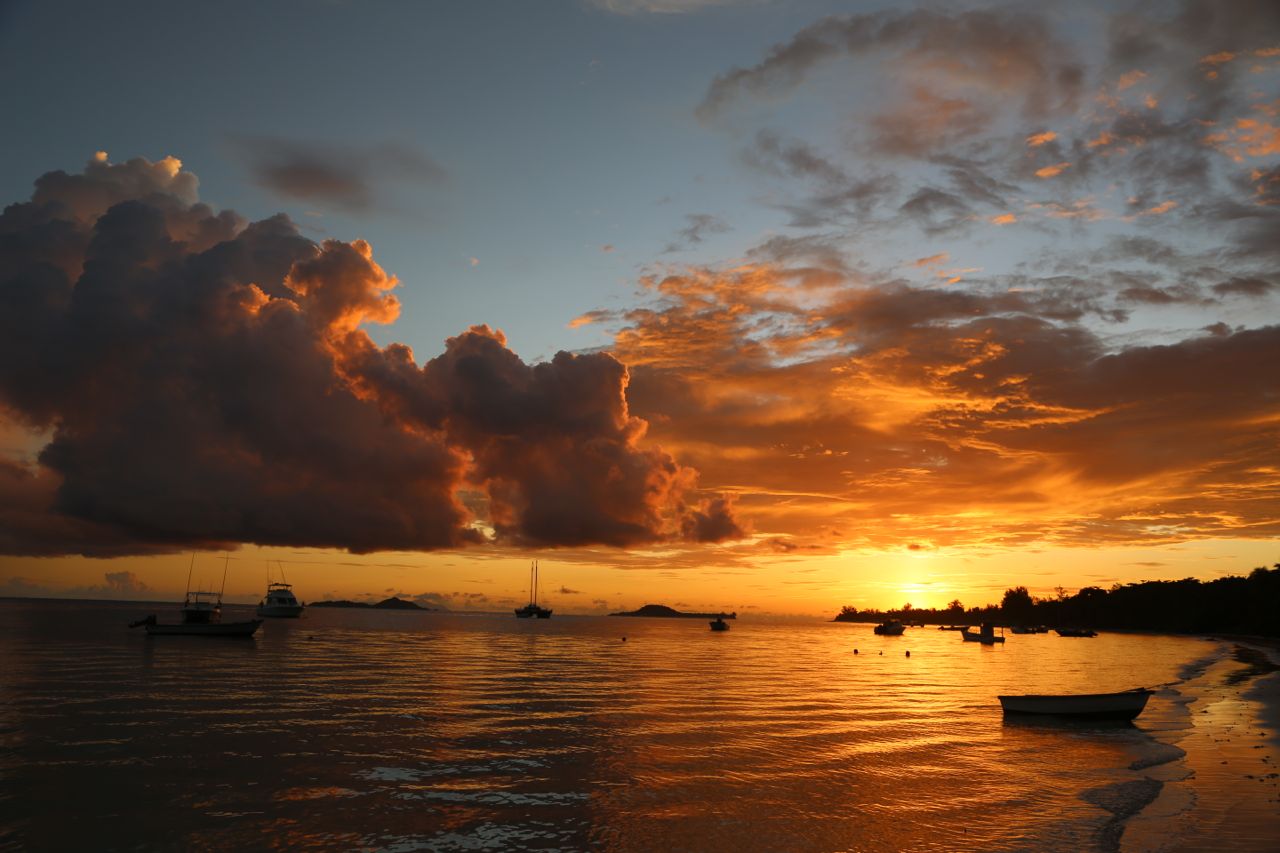 Yes, they really look like that. Virtually every night. 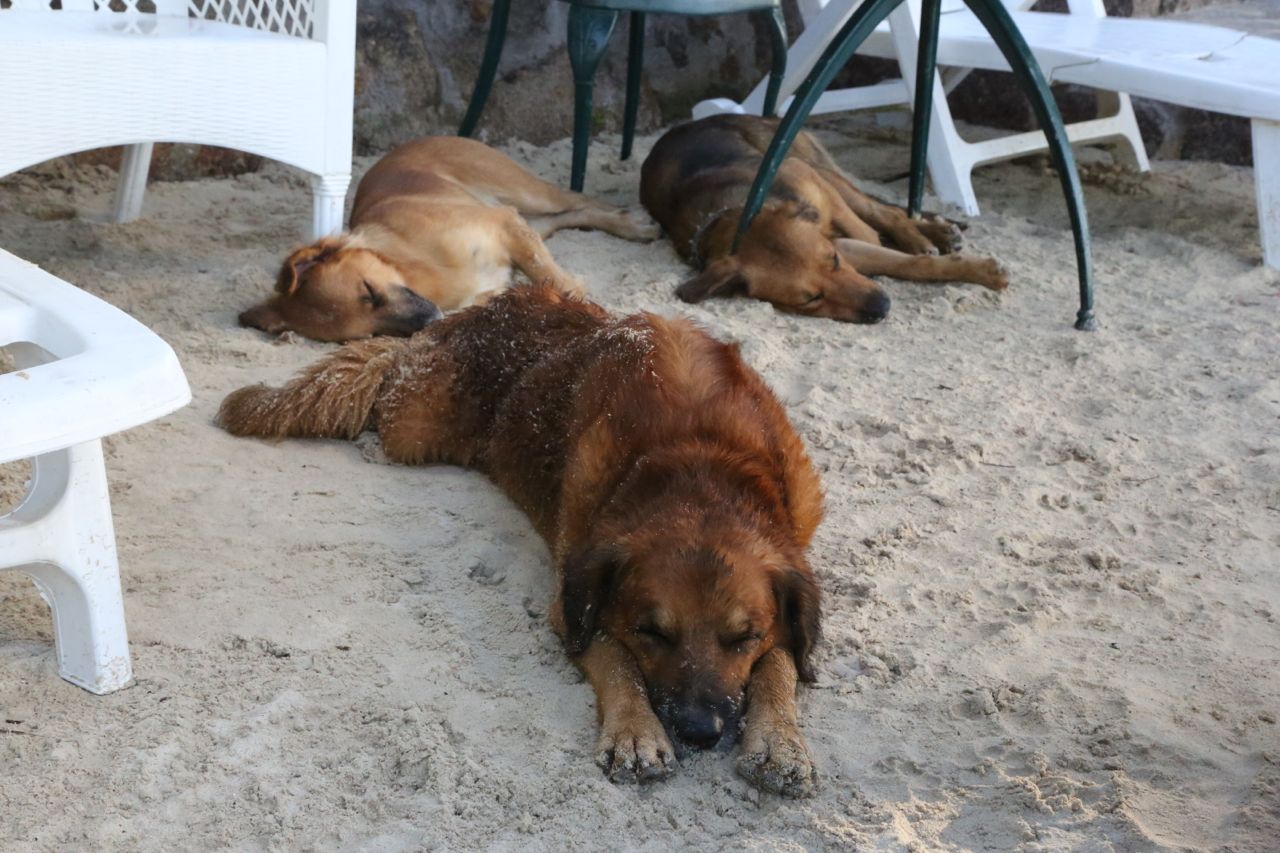