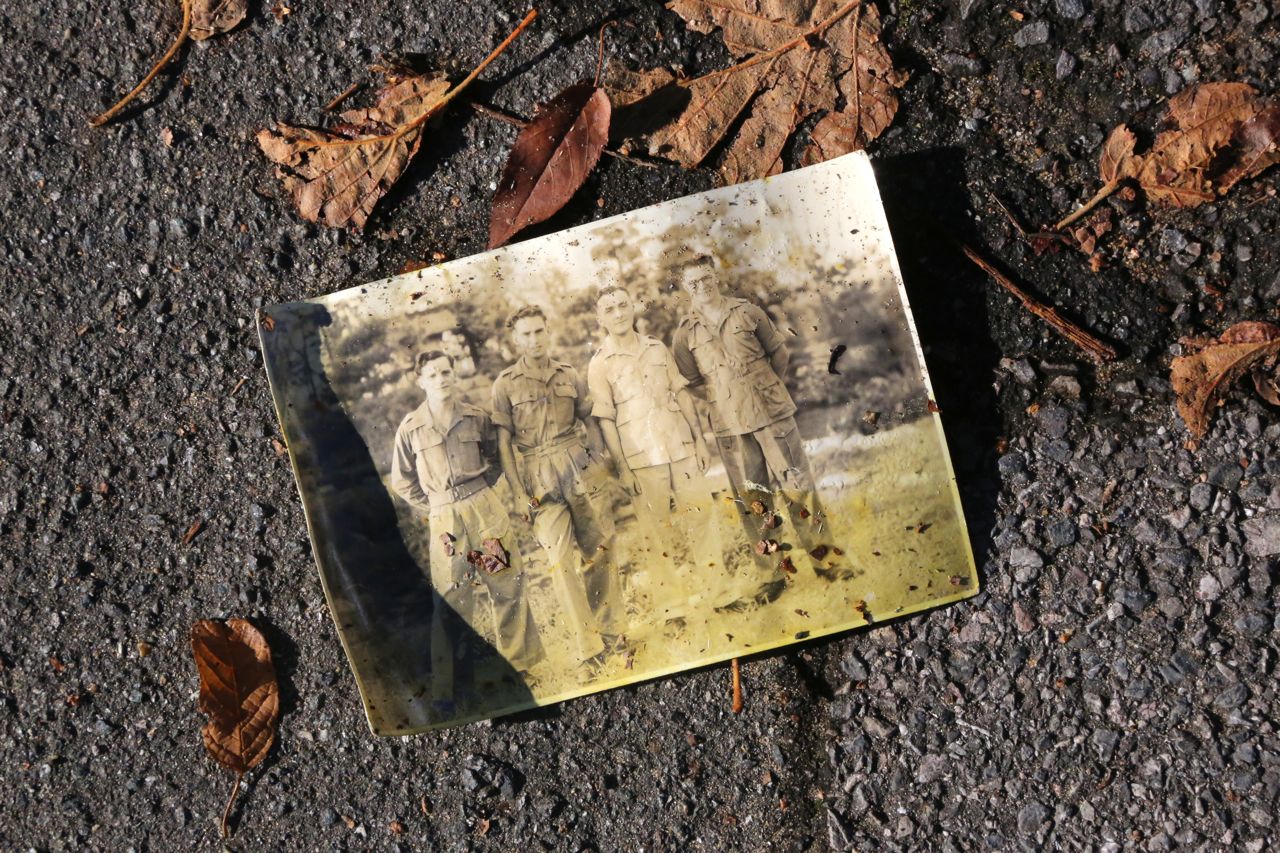 While I was walking the IG postcodes on Sunday, I found this old photo near Redbridge, sopping wet and lying in the street -- just as I photographed it, above. Because I can't stand to see old photos lost and forgotten, I picked it up and tucked it loosely into my camera bag, in a compartment where it could dry out. 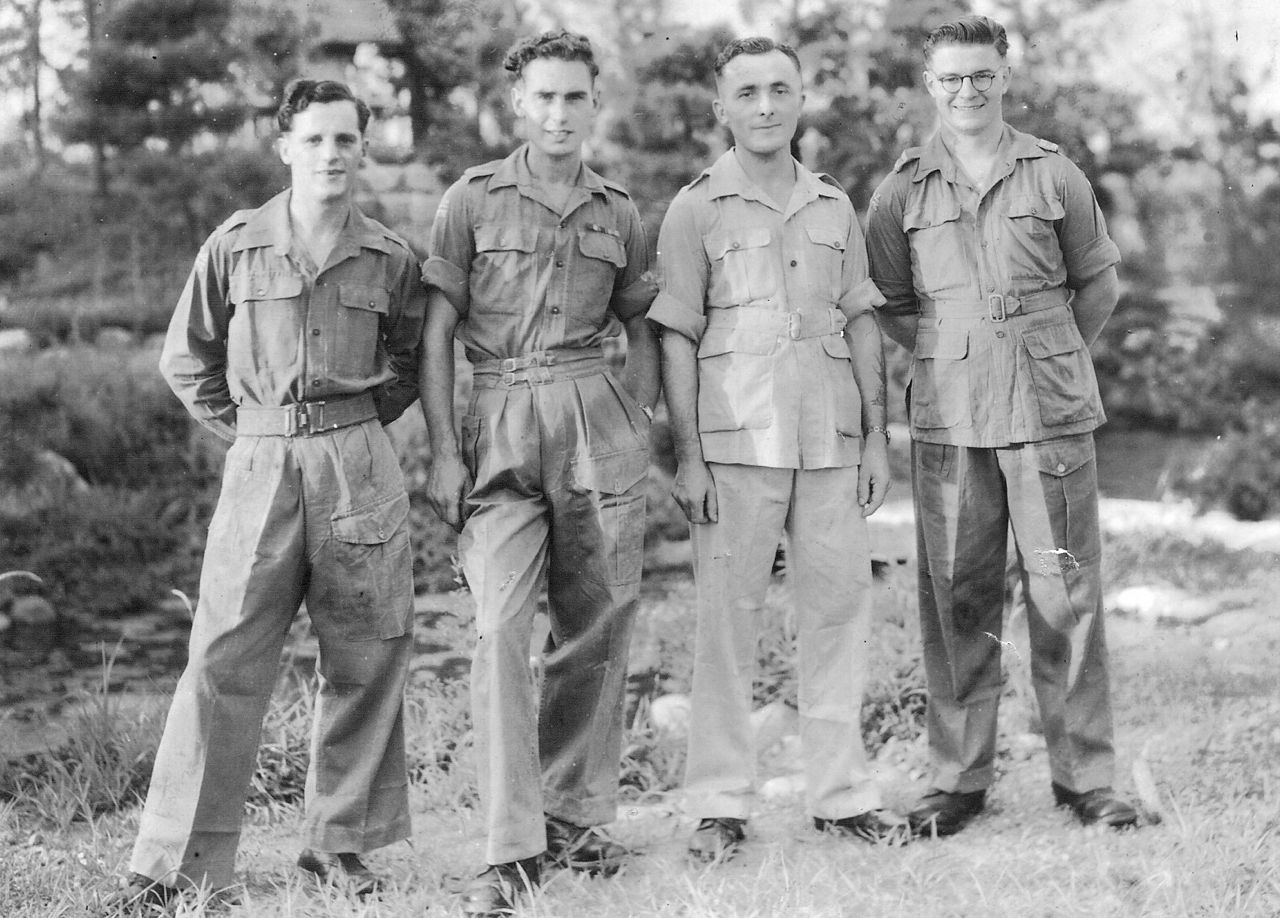 I wonder who they are? They look like military buddies -- I think the second guy from the left has bars on his chest. Those uniforms are seriously ill-fitting. Unfortunately, there's nothing written on the back.

It's a mysterious little piece of history!

My guess is someone died -- maybe one of the guys in the photo, or his spouse -- and the picture was thrown away. It somehow fell out of the trash can and blew down the street, where it lay in the rain and dew until I picked it up. Allow me to preserve it for posterity on the Internet!

With some recent incentive -- nights with temperatures in the mid-40s F -- Dave has figured out how to operate our heating system. We now have the radiators turned on and the house is much more comfortable, both warmer and drier. I let Dave work it out because I don't have much experience with radiators -- in New York I always had building heat, which came on in October whether I wanted it or not, and I never tried to regulate it. (And in Florida, no one has radiators.) My solution to a cold house is another layer of clothing!

Yesterday was a rainy day made for nesting. I read half of "Gone Girl," which is a great page-turner, and I took Olga to Fortune Green and the cemetery when the weather lifted a bit. It felt very English to walk around in the blustery gray cemetery, the wind whipping at the stone-faced angels and headstone of the "master of Heatherleys," wherever that was. Dave, meanwhile, stayed on the couch, adapting a Mahler piece for his band. We didn't even try to make dinner. I ate a peanut butter sandwich and watercress salad, and some cheese and crackers, and ice cream for dessert, all while curled up watching two episodes of "Downton Abbey."

Oh, and in case you were wondering, Dave and I have yesterday and today off from school because it's October break. We return to work on Wednesday. Today I'll be back on the photography trail!
Posted by Steve Reed at 6:20 AM