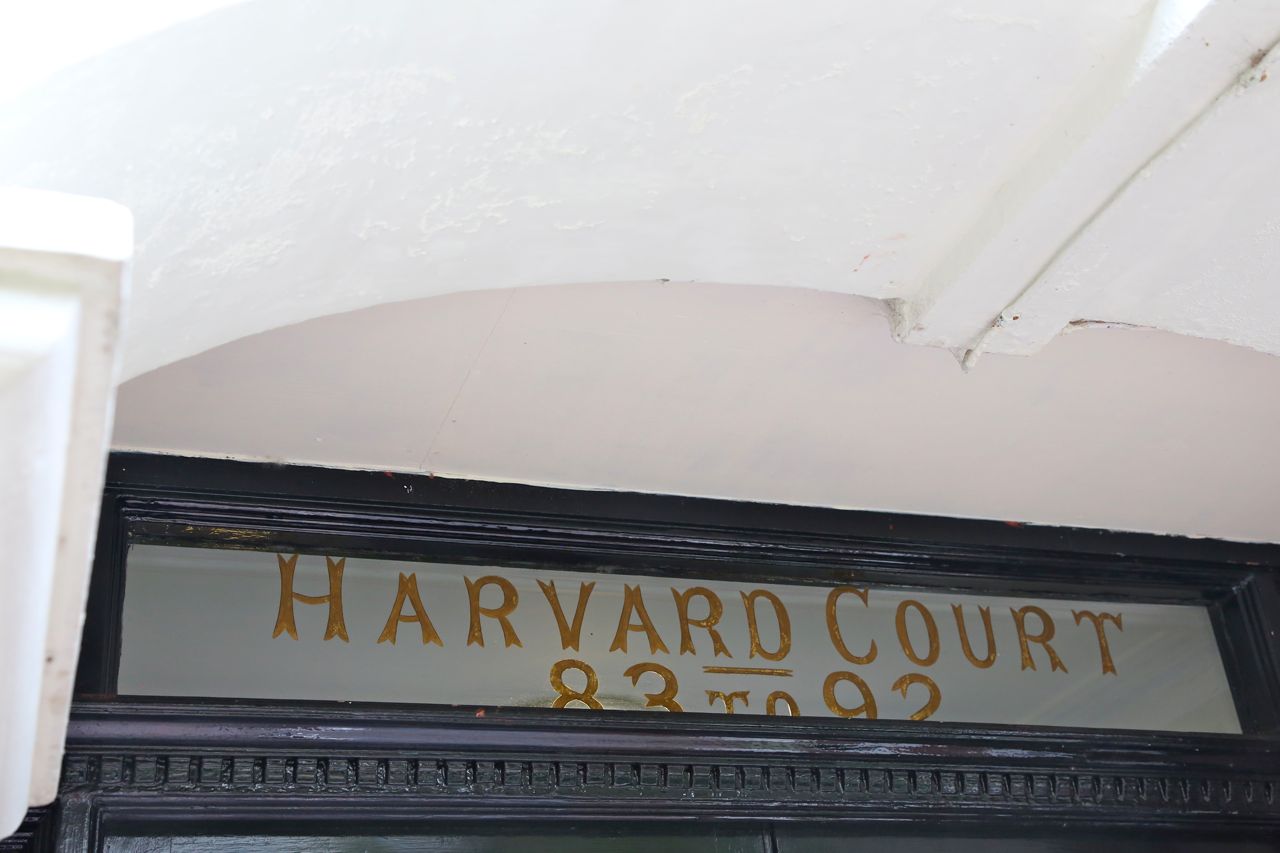 Not far from our flat -- on the wonderfully named Honeybourne Road, where I found that '60s chaise longue discarded a couple of weeks ago -- are two block-long apartment buildings, known in London as mansion blocks. On one side of the street is Harvard Court. On the other, Yale Court.

These seem like fairly old buildings, I'm guessing Edwardian or slightly later. Yes, such was the mystique of the American Ivy League, even 100 years ago. 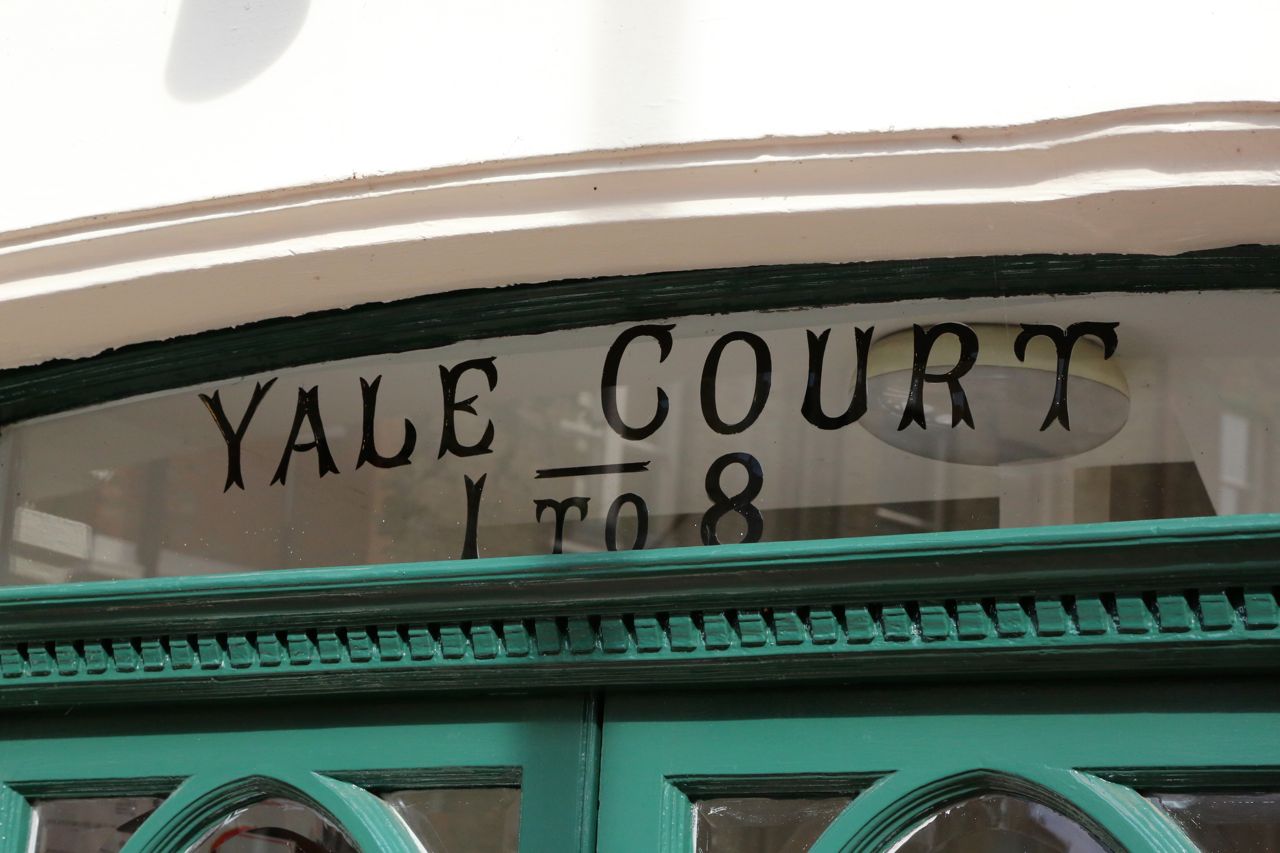 Our house backs up to the rear of Yale Court. The other day, Olga and I were playing fetch with her Kong in the back garden, and I threw the toy only to see it bounce and fly over the back garden wall.

Olga, who is very possessive of her Kong, ran in circles with her tail wagging furiously -- like, "What do I do NOW?!"

I snapped on her harness and we walked up the street to the corner. I counted my steps, so that on Honeybourne Road we could walk down the same number of steps and know, in front of Yale Court, that we were roughly across the back wall from our house. There, happily, we encountered Yale Court's caretaker, working out on the sidewalk. He let us go to the rear of the building, and Olga sniffed out her Kong, nestled in a patch of garden flowers.

Whew! Emergency averted.
Posted by Steve Reed at 6:08 AM