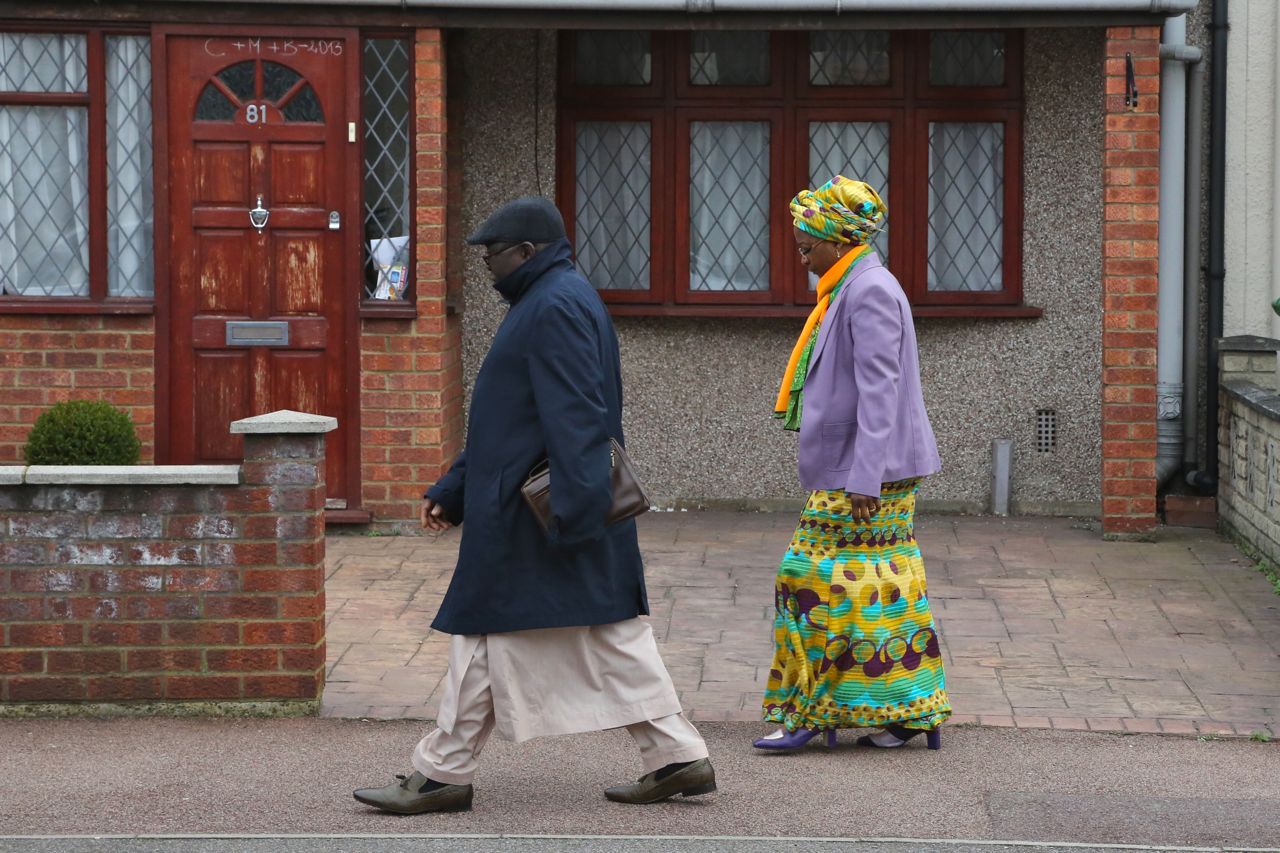 As planned, I spent yesterday wandering around two postcodes in far East London, near Dagenham. I walked my feet nearly off, photographed more than 90 streets, and uploaded everything to Bleeding London in a single final gasp. I won't be able to do any more before Friday's deadline. Whether I do any after the deadline remains to be seen. I feel kind of done with it, honestly -- though of course I'll continue to wander and take pictures in general, as I always have.

I've thought a lot about what compelled me to participate so fiercely in Bleeding London. As I think I've written before, it appeals to the collector in me -- I like things to be neat and catalogued and complete. I also love the challenge of having to look hard and find an interesting element on every street. Before this competition, I walked far and wide, but mainly on busy roads -- I rarely ventured into purely residential areas. Bleeding London showed me those neighborhoods can be just as interesting as the so-called high streets.

Anyway, I got some pretty good shots yesterday, and after hours of wandering stopped for lunch at a pub called the Moby Dick on Whalebone Lane. (Gotta love it! And it's right across the street from a Moby Dick-themed adventure golf course, with a huge fiberglass white whale, a waterfall and a replica of the Pequot.) The restaurant, which was packed, had a buffet-style lunch line with carving stations for beef, ham and turkey. I waited in the queue, got my meat and vegetables and yorkshire pudding, and was just about to ladle onion gravy onto my plate -- the final step before I could sit down -- when a hostess knocked a glass off a counter next to me. The glass hit the tile floor and exploded, showering down on me and the guy standing next to me -- I felt pieces hitting my chest and my hat. I have never seen a glass break so dramatically! We relinquished our plates of food and started fresh as the servers hauled away all the contaminated gravy. 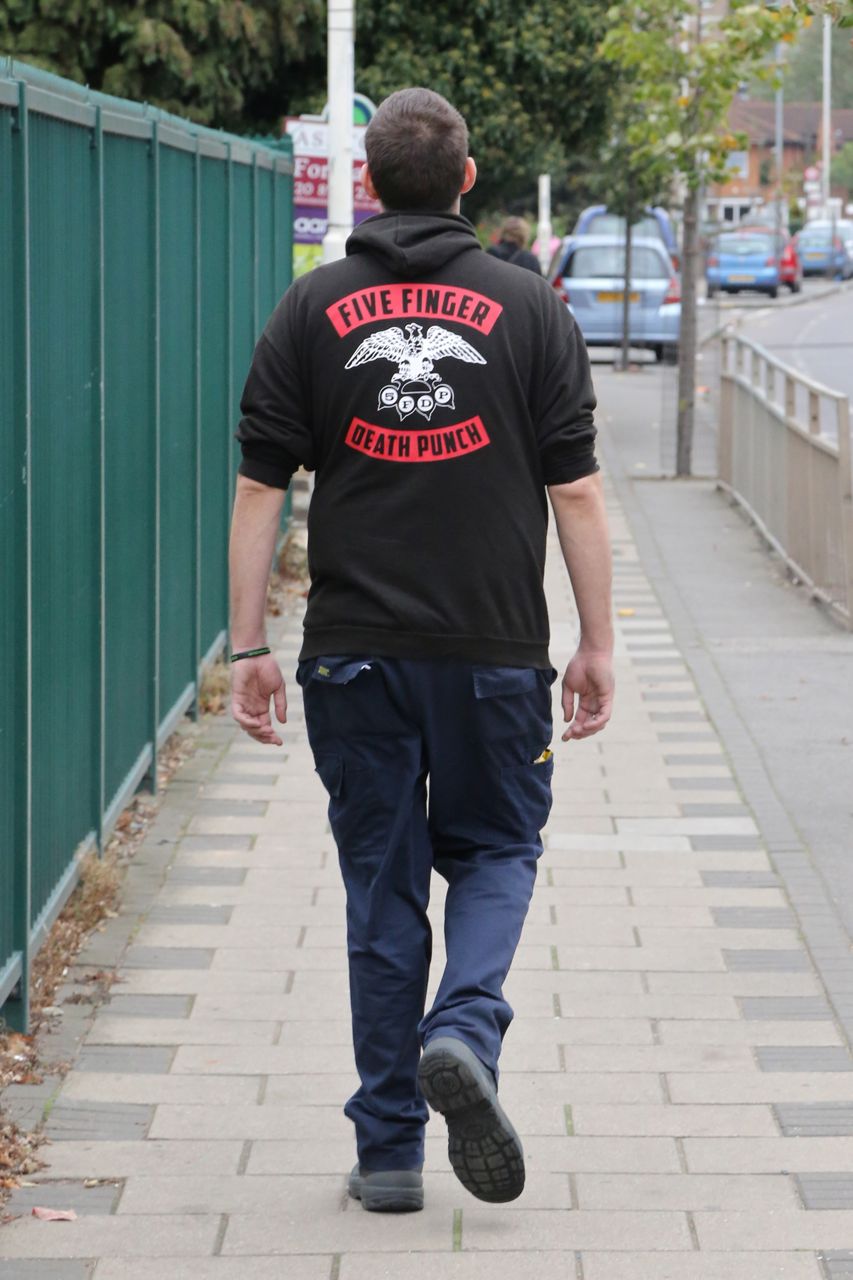 Then, as I sat outside (it's still just warm enough for that, and as I said, the place was wall-to-wall people inside), a couple came out and sat at the table next to me. You know when you go to a busy restaurant and you're waiting for a table, the hostess sometimes gives you a plastic disk-shaped device that lights up and buzzes when the table is ready? Well, they'd been given one of those, but they had no idea what it was. The woman asked another customer, and she was also mystified. It was so funny! I guess those gizmos haven't really made it over here in England. Anyway, I explained to them what would happen. I didn't stick around to see how they reacted when it did finally buzz.

This guy (left) was walking ahead of me for a while. I don't know if you can see his ominous sweatshirt, but it says "Five Finger Death Punch" along with a set of brass knuckles. (Turns out that's the name of a heavy metal band.)

I walked another hour or two after lunch and then hopped a bus for the long slog home. After all the walking both yesterday and Saturday, my feet are numb this morning! I know Olga is looking forward to having me around more in the future to take her back to Hampstead Heath, poor neglected thing.

Oh, as for the photo exhibit at the Bleeding London wrap party, I wound up submitting two pictures -- this one and this one -- because I couldn't decide. The organizer said they'll show them both since I've done so much for the competition. Woo hoo!

(Top photo: Colorful clothing in Becontree.)
Posted by Steve Reed at 6:26 AM