A Bit of Mania 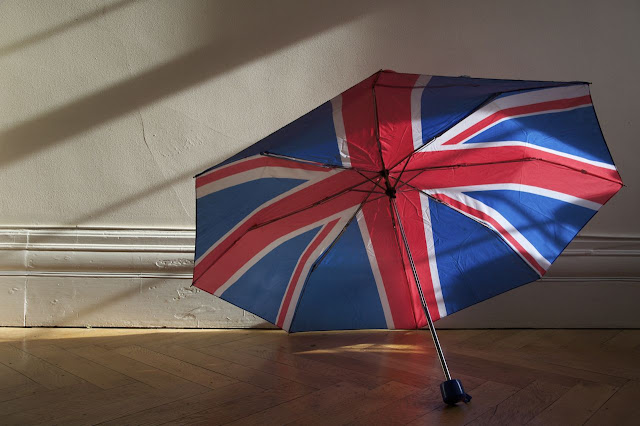 I came home from work last night to find nine new plants in pots on the hall table. This is in addition to at least seven new plants that are still sitting in plastic pots out in the garden, waiting to go in the ground. And I got really annoyed. What resulted was a come-to-Jesus conversation with Dave about his mania for purchasing new plants that, in my view, we don't have room for and don't need to basically donate to our landlord.

I know Dave loves the garden, and it looks great. I don't mean to dampen his enthusiasm for it. But he's making lots of decisions without talking to me, and when I do agree to something, he takes it farther than I intended. When I agreed to mow the forget-me-nots around the roses, for example, he also pulled up all the forget-me-nots around the perimeter of the yard. I hadn't intended to get rid of those, but now they're gone. He cut the tops off all the daffodils while they were still green, against my advice. He weeded out some of the campion. He's overzealous.

My big thing is, I want wildflowers. British wildflowers. And I'm afraid that the wildflowers are being slowly pushed aside by all this planting and weeding. The newest plants are destined for a part of the garden that's already full of bluebells and grape hyacinths. Dave believes he can plant them so that they don't disturb (too much) the existing flowers, but I just can't imagine that adding three hydrangea bushes and nine geraniums for ground cover isn't going to shade out all those little bulbs.

Oh well. It could be worse. I suppose I should be happy that he's not snorting cocaine.

I am tense in general these days. I've been feeling like there's so much to do, with all the year-end stuff at work and planning our summer. Last night I got online (despite our dismal domestic internet connection, which is another story entirely) and bought a ticket to Florida for two weeks in July and August to visit my family, and I booked a guest house in York for a holiday with Dave and Olga. (I tried to book a different place that advertised itself as dog-friendly, but the desk clerk crisply informed me that while they do accept most dogs, they don't accept staffys. Well!)

I also have some work to do for another upcoming photo project, which I'll write about separately sometime. I have got to sit down and etudier my Francaise. The New Yorkers are piling up.

Sorry Steve.
Laughing inappropriately again re donating to the landlord and snorting cocaine.
Nothing I can say will be faintly useful - like moving into an apartment without a garden; running a fence down the middle of the garden, one side yours and one side Dave's and last and worst, inviting that harridan next door to take over garden supervision.

Maybe, just maybe, all the end of year tension compounds the garden problems....

And ... can I have a brief definition of a 'a come to Jesus conversation' - it's an expression not often heard in the Antipodes.

I need a bit of Dave's zeal. My garden is wilder than anyone would want. I wish it was all wildflowers, but the long grass has taken over, even in the beds.
I do get the infighting with the husband - I have no advice, I just want to wish you strength with it.

I'll admit to chuckling here regarding the coke and the come to Jesus phrasing...

I could never hope to have a garden, even a grassy or weedy version here---perhaps that garden is his stress relief. I hope some resolution is reached for you both.

Ah, Steve. You sound like you are stressed out. :( Gardening is supposed to be a stress reliever, not a stress inducer!

I have to chuckle about you wanting wildflowers. Our neighbor down the road has been mowing around his "weeds that bloom" for years now. In fact, it rather looks like a grave in his front yard. Yesterday I noticed that he's now planted a tomato on his weed preservation plot.

I hope you and Dave can work out your differences on how your yard/garden evolves.

Oddly parallel lives here.
We were on the deck scanning the backyard last night and husband commented that he'd like to put another spirea bush over - there.
If he does, it will encroach on some hosta plants I've spent the past two years pulling back from the brink of death. It seems he's always wanting to add without doing any of the follow-up maintenance.
Meanwhile my herniated disc keeps gasping, "Less! You need less!"

And the pile of New Yorkers here is reaching the stage where all I can manage is to read the cartoons.

Oh dear. If Dave has the gardening gene, there is nothing to be done about it. He will plant! He will cut! He will pull! He will water and fertilize and fret and then plant more plants.
It can become obsessive.
Having said all of that- I understand your need to point out the obvious to him- that these plants will be going to someone else. But hey- it's like painting a beautiful picture. Enjoy it while it's yours, let it go with grace when it's time. Oh wait. The picture you might get paid for...
Sigh.
You've booked a trip to Florida in July and August? HAVE YOU LOST YOUR MIND?
Well, I guess you have to go when you can.
Let's not talk about piled up New Yorkers. Okay? Let's just not.

well, I too had to laugh about Dave and the garden considering I went out and bought 7 or 8 new plants while I still had half a dozen waiting to get planted. your concern about donating to the landlord is misplaced though unless you are planning to move in the next 6 months or so. You will definitely get your money's worth of enjoyment out of the garden long before you move. the problem is you don't have a big enough yard with space for your wildflowers (which I profess to love) and Dave's more manicured approach.

I confess, I did laugh out loud at the snorting cocaine comment. You are both lucky that you can grow plants and keep them alive. I can't tell you how many plants I've planted and then watched die. No matter what I do, it's not right. So now I don't have a garden at all, only a balcony. It's safer for all vegetation.

About your comment about the Federal Courthouse, it's actually been there quite a long time but had a bit of a facelift recently. I do remember that after the Oklahoma City bombing, a lot of interesting structures were built around the street entrance to protect the building from cars filled with explosives driving up to the doors. What a world we live in!

I keep trying to have wildflowers & Mike keeps planting orderly rows of other kinds of flowers (marigolds, pansies, etc.). The daisies completely overwhelmed the few wildflowers I had. But I keep my mouth shut (mostly) because he does all the work in the garden, while I just watch. :)

At least he's not sorting cocaine! Well, that made me laugh ... and remember what journalism was like in NYC in the early 80s. Bright lights, big city. Now you have a sweet English garden and a husband with a green thumb. Perspective is everything!

Sometimes those conversations have to be had. Excuse the sentence structure :)