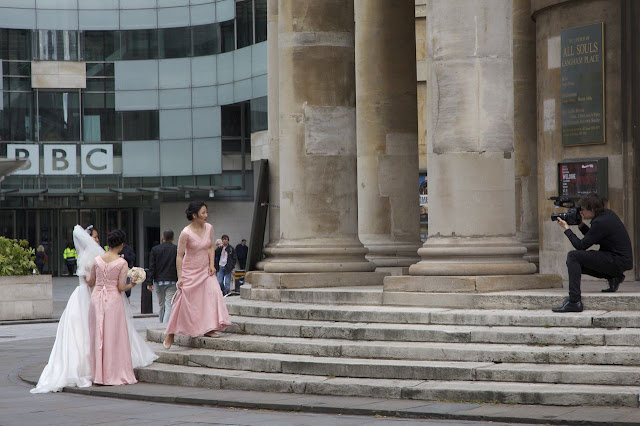 I have not had a day as stressful as yesterday in a long time. I'm still serving as the substitute coordinator, and for most of yesterday it seemed as if I'd be in this position for at least the rest of the week -- in addition to my normal library job. And things were crazy. Lots of subs are out this week, maybe because of the holiday weekend, and two cancelled pre-existing agreements to come in and cover classes. So that left me scrambling.

In fact, I even substituted a class myself. My first teaching gig! (I don't mean to say that in a way that suggests there will be a second.) It worked out fine -- it was a single journalism class, and when the regular sub cancelled late yesterday morning I thought, "You know, I ought to be able to handle this!" So I volunteered. The kids were great, stayed focused and worked on a project with only minimal instruction.

There were some other kerfuffles that needed attention, too.

But then, in the evening, the regular sub coordinator said she'd be returning tomorrow (meaning today), so that's a relief. I think I'll be able to hand off these duties and I will have made a little extra money, so that's not a bad thing.

Otherwise, honestly, I haven't had time to think about anything else!

I have, however, been meaning to highlight a comment from one of my readers. Remember when I mentioned the upsetting New Yorker story about elephant poaching, about a week ago, and I asked, "What am I supposed to do about it?" I suspect this is a feeling a lot of us get when we read the news -- a feeling of frustration at injustices that we cannot control or seemingly influence. I've even had friends stop following the news because they've felt this way. Well, the writer of 37 Paddington left a comment that I really appreciated. She said, "I once asked this question of a Buddhist monk, in connection with something else, and he said, 'It is enough for you to know it, to be awake to it. That ripples out. That is doing something.'"

I love that. And I believe it, too. Awareness is much of the battle. When people are aware, change begins to happen.

(Photo: Wedding photography at All Souls Church near Oxford Circus, a few weeks ago.)
Posted by Steve Reed at 5:40 AM

I love that photo at the top, and thank you for posting 37 Paddington's great remark. It reminds me of an article I recently read in Tricycle Magazine -- an interview with Gary Snyder about Buddhism and environmentalism. He basically says that the power of the universe far surpasses any damage we can do to it. He says, "A kind of bottom line is that all human activity is as trivial as anything else. We can humbly acknowledge that and excuse ourselves from exaggerating our importance, even as a threat, and also recognize the scale and the beauty of things. And then go to work. Don't imagine that we're doing ecological politics to save the world. We're doing ecological politics to save ourselves, to save our souls. It's a personal exercise in character and in manners. It's a matter of etiquette. It's a matter of living right. It's not that the planet requires us to be good to it. It's that we must do it because it's an aesthetic and ethical choice."

'It is enough for you to know it, to be awake to it. That ripples out. That is doing something.'"

And there- you and Elizabeth have sent out ripples which have comforted me today and opened my eyes as well.
How I love this community!

I love that quote from the Buddhist monk. It does make sense. I also love this photo today. It tells a story without a word spoken.

I love that top photo!
Love the quote too!

Thank you Steve. The monk's comment was a comfort to me too.

Glad the sub frenzy has subsided.