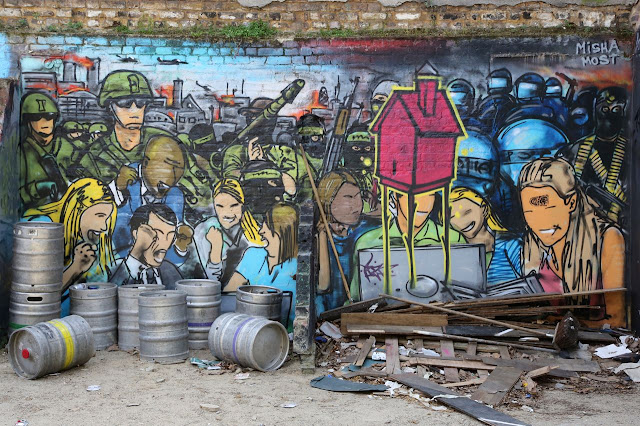 I feel like I should have something to say about the British national elections, but to be honest, I am still a bit mystified by politics here. And in any case I can't vote. If I had voted I'd have gone for Labour, which shows that even here I'm probably going to wind up in the minority for my entire electoral life, just as I almost always was in the United States.

The Scottish National Party apparently won big, which makes me wonder if we're going to have to go through another Scottish independence referendum some time in the near future. (Please, no!)

I'm sure the Staffy Vote went for Labour, but Olga won't tell me, so I can't be sure.

This was Google's homepage for the election yesterday. I thought those of you in the U.S., who were perhaps deprived of this art, might appreciate it.

Speaking of politics, a lot of the high school students are working on U.S. History projects at school right now, and it's freaking me out a little bit. Their projects have to be about history post-1973, so we're basically talking about my memory span. They're writing about the Iranian hostages, about Reagan and Star Wars, about Iran-Contra.

"Reagan is so confusing," I heard one girl tell another.

"Reagan was confusing at the time," I told them both. (I wish I'd said he was confused at the time, but I didn't think of it until later.)

One girl wanted to write her paper about Pink Floyd. The teacher and I gently discouraged her, pointing out that while Pink Floyd was undoubtedly a major cultural force in the '70s, the band probably wasn't a suitable topic for a U.S. history project. She wanted to weave in an anti-war element, but Vietnam was mostly over by the time Pink Floyd hit the big time in the states, wasn't it?

(Photo: Street art in Brick Lane, a couple of weeks ago. I suspect the pink house wasn't an original part of this mural.)
Posted by Steve Reed at 6:23 AM