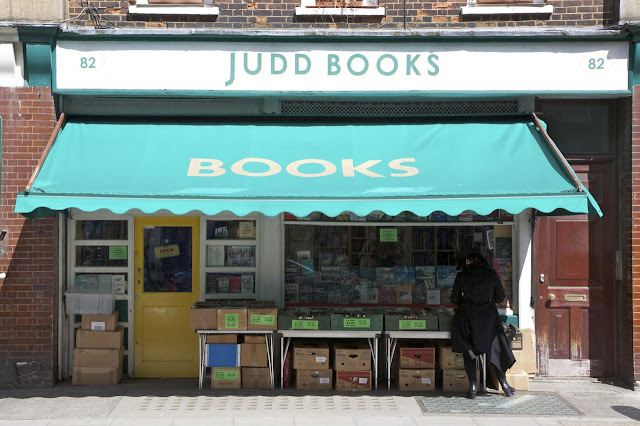 I had the dubious honor of sitting in a dunk tank yesterday afternoon at an event for the high school students at work. One of the student organizers sent an e-mail a few days ago to me and a list of other teachers, saying we "had been selected" as potential candidates for the dunk tank, and did we want to participate? This, of course, set off immediate speculation among those of us on the list about why we were chosen. Was it because the students hate us, or because they like us?

At any rate, I agreed to be dunked. So yesterday at 1:15 p.m. I traveled to the school athletic fields in suburban North London, and soon I was sitting on a tiny little board over a huge tank of water while kids threw tennis balls at a target. It wasn't the warmest day to be doing this -- about 65 degrees, I'd say -- and I kept praying they wouldn't hit the target. But of course someone did, and it was the strangest sensation, going from completely dry to underwater almost immediately. I didn't even have time to be shocked. I just thought, "Oh, hey, I'm underwater."

I sat on that board for 15 minutes and in that span I got dunked five or six times. But my crowds were definitely smaller than those for the high school principal. One girl walked by and said, "None of us want to dunk you, Mr. Reed, because we like you!"

I told them to think about all those times I harassed them for overdue materials!

Anyway, it was fun, but I was glad when it was over.

Then, last night, Dave and I met up with one of his former students, who's now at Yale and working temporarily in London. He took us to Cadogan Hall to see the Royal Philharmonic Orchestra, which was terrific. I'd never been in Cadogan Hall. It's a great space for a concert -- smallish and with pew seating upstairs that allowed us to spread out a bit. Among other things, the orchestra played one of my favorite pieces, Ravel's Piano Concerto in G Major, which was a nice surprise. Dave had said they were going to play Rachmaninoff, but when the pianist started, I thought, "Gee, this sounds like that Ravel piece I like!" Turns out Dave got his composers mixed up.

(Photo: A bookstore in Bloomsbury, two weeks ago.)
Posted by Steve Reed at 6:54 AM