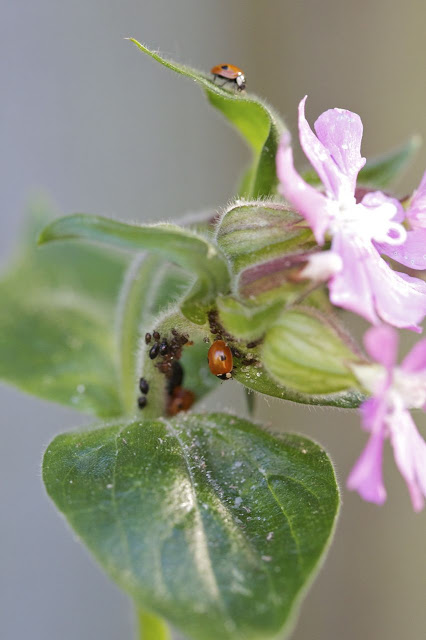 Things have mellowed in the garden, partly thanks to the fact that there were no new plants waiting when I got home from work last night! Dave did some online research and found a web site that recommends geraniums for gardens with underplanted bluebells and grape hyacinths -- exactly our situation. So I feel more confident that they won't kill our wildflowers. He agrees that we probably need to find another place for the hydrangeas, and I think he understands that I need to feel more a part of the garden decision-making.

Meanwhile, another of Dave's purchases arrived yesterday -- a box of ladybugs, or "ladybirds," as they are known in Britain. We bought them to help control aphids and other pests, which we have in abundance on some plants, as you can see from the photo of the campion above. 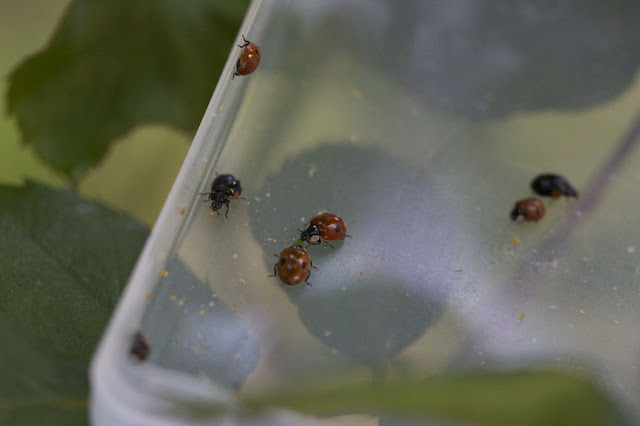 The ladybirds came crawling around in a hard plastic box... ...many huddled on a piece of non-sticky tape within the box. The directions were to simply open the box and leave it on a desirable plant, or gently encourage the bugs to crawl out onto the leaves.

We put a couple of bugs on each rose bush... 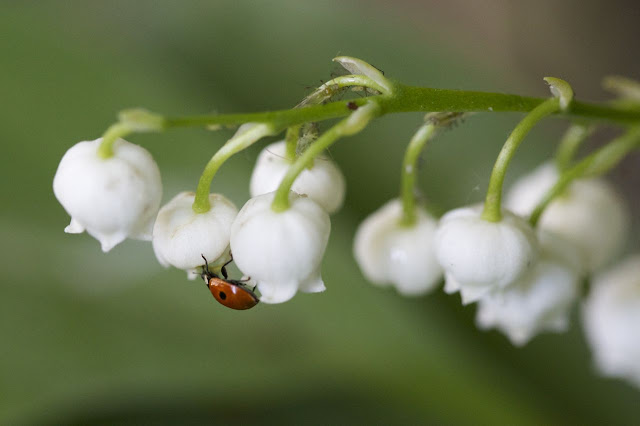 ...and some on our lily-of-the-valley, which has easily visible aphids clustered along the stems. 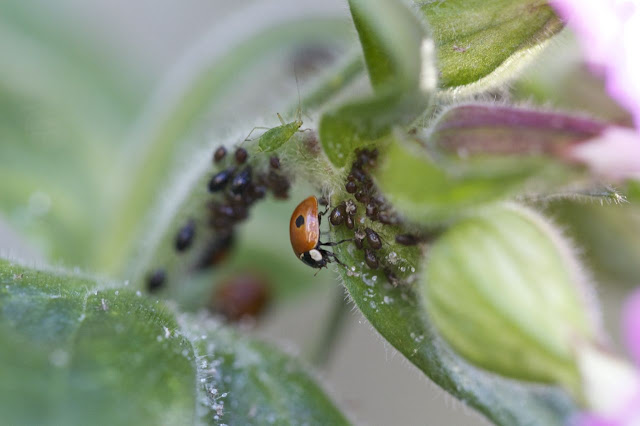 They really seemed to like the campion, and they're still there this morning, feasting on the aphids.

These are native British ladybirds that came in a box of 20. Dave also bought a box of lacewings, another beneficial garden insect. They haven't arrived yet, but my guess is they'll come today. His coworkers think he is insane to be spending money on bugs! I think they're great, though, and apparently they won't fly away as long as they're able to find food.
Posted by Steve Reed at 5:56 AM