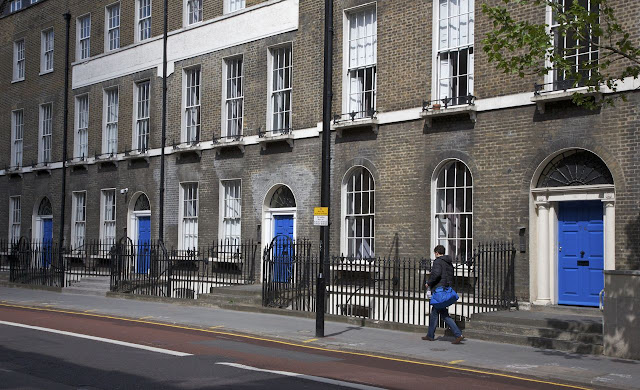 We've had some more "Wild Kingdom" excitement around here. (And I apologize that this has become something of a gardening blog lately, but what can I say -- that's where the action is!)

Our lacewings came in the mail yesterday. They turned out not to be fully-grown lacewings, but rather lacewing larvae, which are incredibly tiny and thus not very photogenic. So, sadly, I have no pictures to share. We opened the envelope and extracted the cardboard "wafer" the larvae inhabit, and put pieces of it on various plants. Supposedly the bugs will crawl off the wafer and onto the leaves. Somehow this is far less satisfying than releasing easily visible ladybugs that begin consuming aphids right away!

Speaking of which, the ladybugs are still visible on the campion, eating. I can't find them on any of the other plants where we released them, so they may have moved on. Who knows.

We also had a bit of excitement with our foxes this morning. Olga leaped out of bed at about 4:30 and stood in rapt attention at the bedroom door. I didn't hear anything but I got out of bed and went to the window, and sure enough, the adult fox and at least one kit were romping around in the back yard. The kit hopped up on the birdbath and knocked it over. Such a puppyish thing to do! Once again, I couldn't get to my camera while they were out and about -- and I think it was really too dark to get a decent shot, anyway. 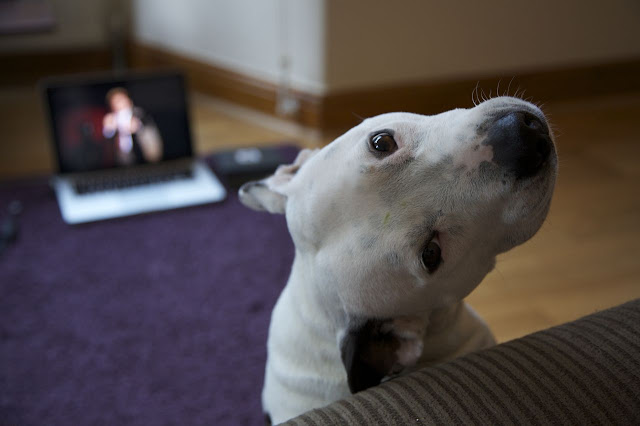 "Hey, are you eating behind me?"

I read the most distressing article in The New Yorker yesterday, about elephant poaching in Africa. It began with an account of a caravan of well-armed poachers -- hundreds of them, including janjaweed fighters from Darfur -- traveling from Sudan to Cameroon, where they proceeded to occupy a national park for three months and slaughter 650 elephants. Even the Cameroonian army couldn't drive them out. A group of them went north to Chad and killed several park rangers along with more elephants before heading back home again. And of course, they only want the elephants' tusks, which they sell to the Chinese.

The article made the point that this occurred in a relatively well-governed African state -- so imagine what's going on in Congo or the Central African Republic, places with huge national parks and barely functioning government. The central figure in the story is an elephant researcher in the CAR, who was driven out of the country by political instability and later returned to find many of "her" elephants poached.

Are the people in Asia who buy all this ivory aware of what they're doing? Do they not care, or simply not understand? I just don't get it. Such a waste, for nothing. And even more frustrating: WHAT AM I SUPPOSED TO DO ABOUT IT?! I could donate money -- somewhere -- but forgive my skepticism that it actually reaches the elephants.

One thing the elephants have going for them is that the proceeds from poaching often help fund terrorism and war -- which gives governments like ours in the U.S. and Europe an even more urgent reason to pay attention. But still. Agony.

(Top photo: Blue doors in Bloomsbury, a couple of weeks ago.)
Posted by Steve Reed at 6:31 AM