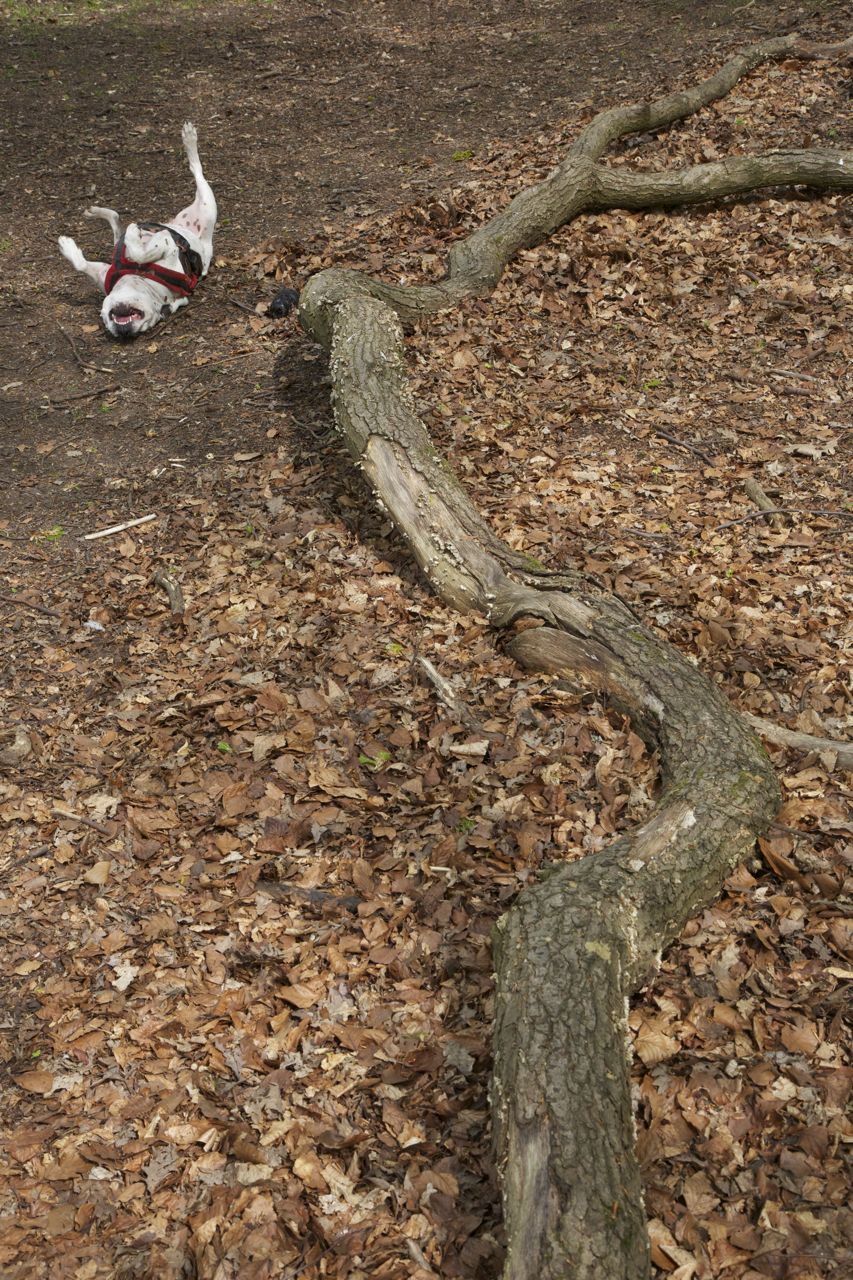 Olga and I were back at the Heath yesterday, an outing I managed to squeeze in after cleaning the house, going to my three-hour French class and mowing the lawn.

The home and garden maintenance was required because Dave's parents came for a visit yesterday afternoon. They'll be staying with us until Wednesday. They've been on a cruise that took them across the ocean via the Azores and to Ireland, France, Germany, the Netherlands and Denmark. Last night they told us all about their ship, with its casinos and live theater and cinema and lectures and surf-and-turf meals. It all sounds like hell to me, but maybe when I'm 70-something I'll appreciate it.

They've had a great time, anyway, and today and tomorrow (a bank holiday) we have some plans to take them out in London.

So while Dave went all the way down to Gatwick to pick them up, I was maintaining the home and the dog. Who was overjoyed, as you can see from the photo. Here's a close-up, for full effect: 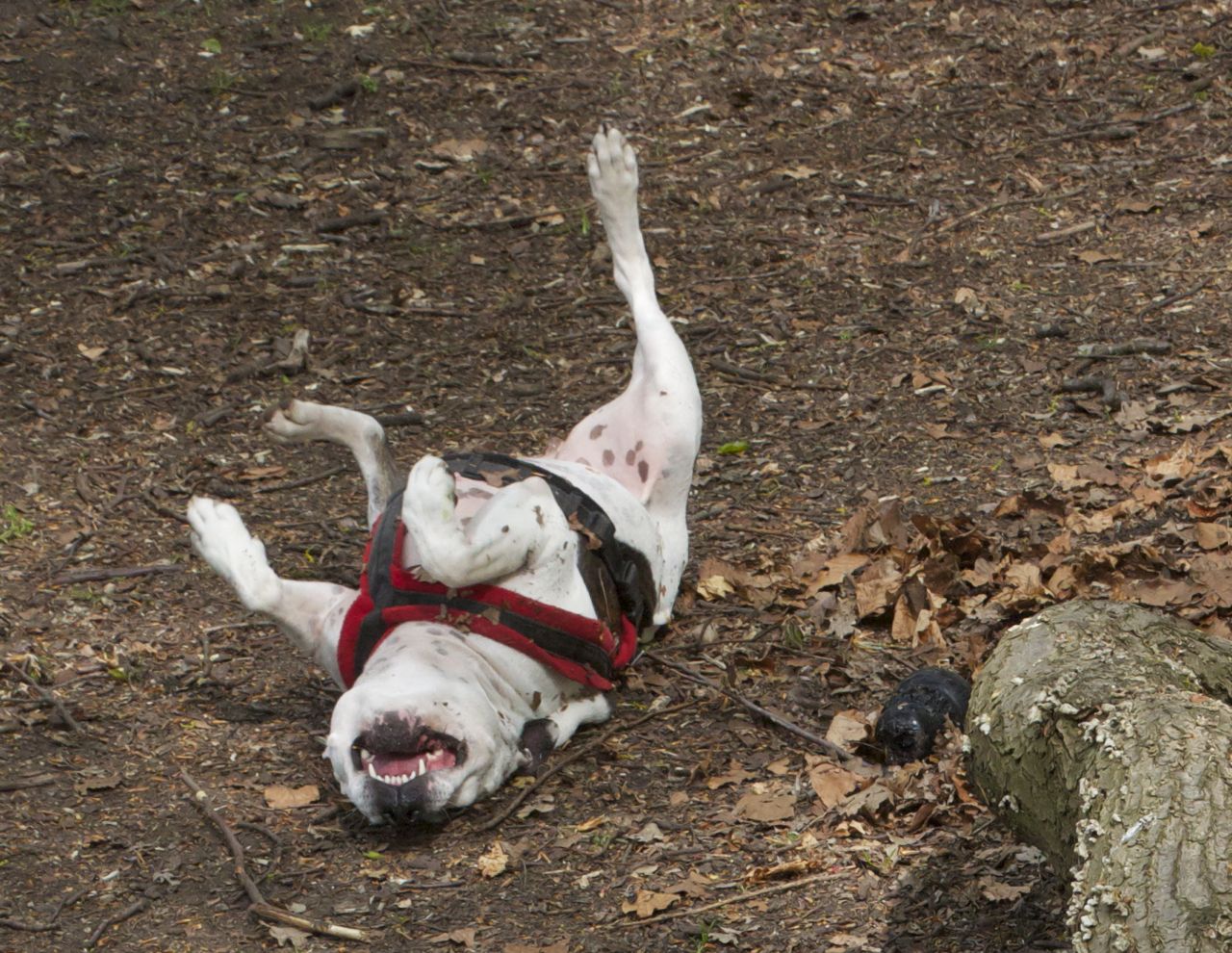 The French class is going well. I'm remembering more, even after just two classes. All the teaching is in French and the class moves fairly quickly. I had a bit of trouble last week squeezing in the time to do my homework, but that was mostly a matter of procrastination!

Here's something I didn't know -- before Anthony Trollope was a successful novelist, he was a civil servant in the post office, and he introduced the cast-iron pillar mailboxes that are still seen all over London. Originally they were painted green, but not many years later they were repainted red, the color they remain today. The things you can learn from a postmark!
Posted by Steve Reed at 5:47 AM

Enjoy your in law visit! Olga looks so happy.

I admire your ambition with your French class. And living where you do, it's not just an academic exercise, but something that will prove useful.
And thank for that factoid about Trollope - another fascinating bit of trivia that I fear I will forget.

That is one joyful looking dog!! Have an enjoyable visit with the in-laws.

You're right- Olga and Gibson DO look alike in the joy of rolling in the sand/dirt!
Enjoy being a tourist with your in-laws. Are you going to do that? Do touristy things?
Raise a pint in a pub for me.

no in-law visits for us. both my parents have passed and his father too. his mother never leaves her house.

Have fun with the folks! That cruise doesn't sound like much fun to me either - I sure hope ours is more enjoyable!

Your pup looks so happy!

Have a good visit with your in-laws.