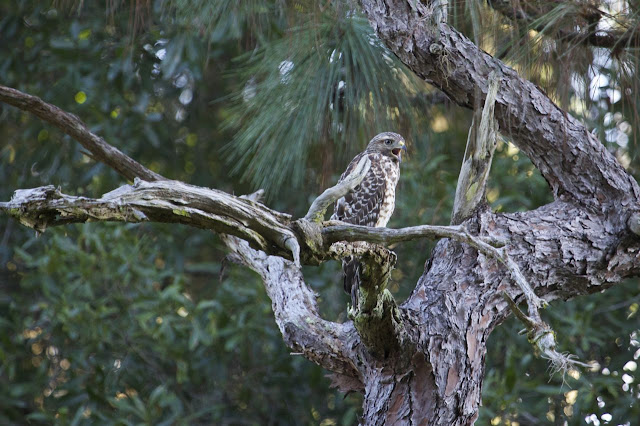 I have a doozy of a cold, probably thanks to that airplane. I was sneezing all day yesterday and it looks like today will be more of the same. Great.

I've been sharing my germs with my brother and his family, who are visiting from Jacksonville this weekend. We've been celebrating my older niece's 9th birthday, which of course involved two celebrations -- one with the household of each grandparent. More cake!

My niece has once again been obsessed with my photo-editing software. She sits at my computer for ages, manipulating my photos into psychedelic creations. I think it's great that she enjoys it and can concentrate for such long periods. (She's also a big book reader.) I just let her go to town with it.

And it has been raining like crazy. I mean, it's Florida in the summer, so there's going to be rain. But this has been heavy, consistent rain -- yesterday it poured from late morning until well into the evening. We went for a walk early yesterday and my niece and I found wriggling tadpoles in a tiny remnant of water soaking into the bottom of a oadside ditch. We scooped them up and carried them to a deeper part of the ditch with an outflow to the lake -- thinking we were saving them.

Then, of course, it rained all afternoon. I told my niece, "Well, I guess we didn't need to move those tadpoles after all!"

I should have known that nature would figure something out. Nature does not need our help -- at least not in this case. 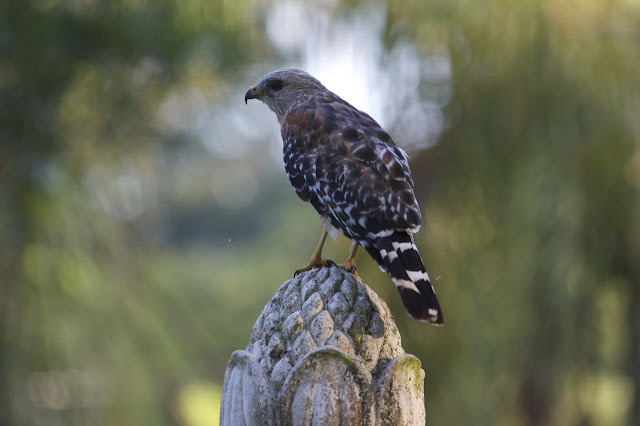 In the continuing effort to help my mom clear things out, my brother and I went to the UPS store with some large, framed portraits of two Civil War-era ancestors and a battered, non-functioning mantel clock from the same time period. Mom doesn't really want them in her new place, and I can't very well take them to England. My uncle said he wanted them, so we sent them to him in Virginia. They'll eventually be passed along to my cousins, presumably.

Of course, just as we pulled up at the UPS store, it began to rain harder. We didn't want our precious heirlooms to get wet, so we sat in the car for at least 15 minutes waiting for it to die down. We listened to Duran Duran on Q105 like it was 1983 all over again. (Several radio stations in Tampa seem trapped in a time warp -- I haven't heard Air Supply in years, but here I've heard three of their songs already!) Finally, we decided to make a dash for it, with no ill effects.

In a similar vein, I've arranged to take some old washstand pottery to my aunt up in Ocala. You know those basin-and-pitcher sets that used to grace bedrooms before the days of indoor plumbing? Well, we've got one of those, along with some smaller accompanying pieces (like a soap dish). Again, none of us have room for them. It's nice to know we've been able to keep these items in the family.