Balloons and a Celebrity Diver 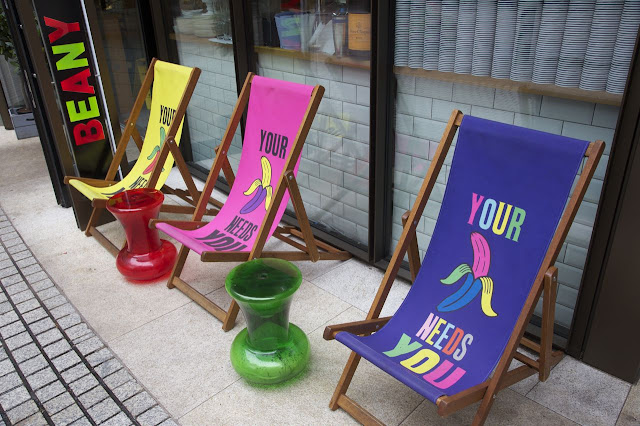 Did I mention that we're having a three-day weekend here in England? This is the August bank holiday weekend, sort of the equivalent to Labor Day in America, without the political and social connotations. This is also the weekend of the Notting Hill Carnival, and Dave and I are once again glad we no longer live in that neighborhood.

I took a walk yesterday -- our one non-rainy day of the entire weekend -- around the City of London. I really wanted to get out and take some photos. I had an Americano at this quirky coffee shop at Broadgate Circle, near Liverpool Street. What do you suppose those chairs mean? 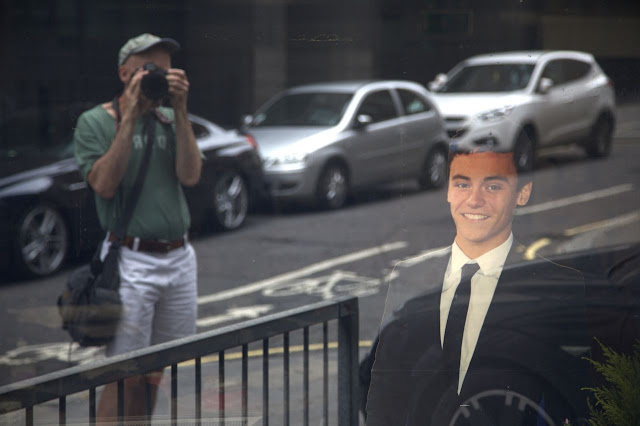 I also ran into Tom Daley. Or at least a cardboard cutout of him, standing in someone's office window.

I got some good photos overall, walking in and around Moorgate and then west to Covent Garden via The Strand. I explored the Temple -- a cloistered area of mainly legal offices and gardens, formerly the domain of the Knights Templar. I'd never been there before but I didn't find much to photograph. The buildings have some charm but on the Sunday morning of a bank holiday weekend, as you can imagine, it was all dead empty. 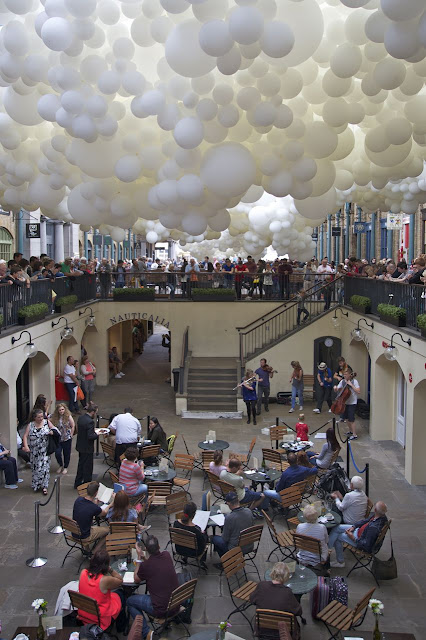 Covent Garden was a bit more lively. The ceiling of the central market area is filled with balloons, an art installation by Charles Pétillon called Heart Beat. Apparently the balloons are lit and the light pulses, although I must admit I didn't notice the pulsing. I was too busy trying to navigate the crowds enough to get some decent pictures. 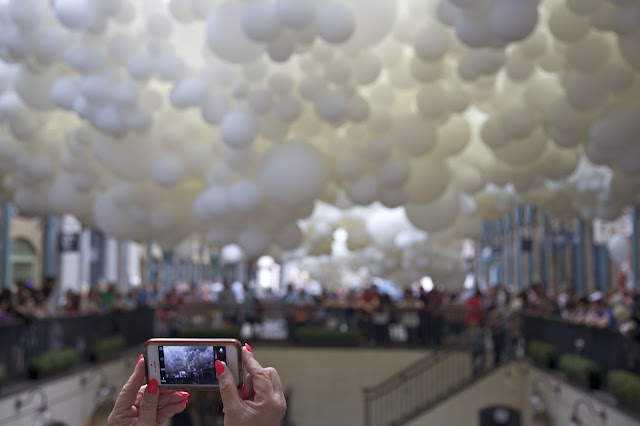 I walked from there to the Leicester Square tube station and caught the train home.

I had planned to walk Olga in the afternoon but I was happy to find that Dave had already taken her to Fortune Green, so the pressure was off. Instead we relaxed at home and watched the Jude Law movie "Side Effects," which we'd already seen in the theater a couple of years ago. I roughly remembered what happened but not so much that I couldn't watch it again with some suspense.
Posted by Steve Reed at 6:32 AM