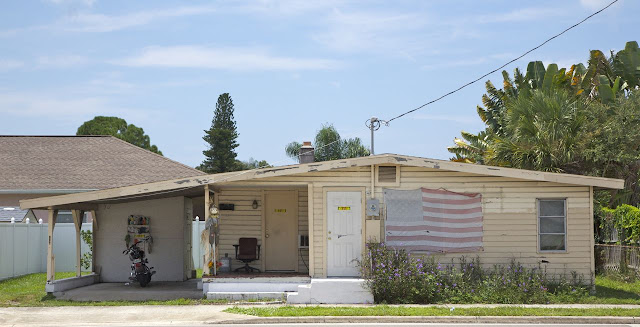 And so our quick beach trip comes to an end. Mom and I will be back in the car driving up to Tampa this morning, leaving Longboat Key to my brother and his family for the rest of the week.

I drove down to Sarasota yesterday to meet my friends Jay and Nancy for lunch. Sarasota is my old stomping ground -- I was a reporter for the local newspaper for seven years until 2000, and Jay and Nancy were coworkers. It was great to see them, and the city, again. I last saw Jay two years ago. He's the one who took me to my only Broadway opening -- where I got to watch Celeste Holm eat a Hershey bar, although that was obviously not the focus of the show -- back in 2008.

Sarasota has changed a lot since I lived there -- it's much more vertical now, with many more high-rises in and around downtown. What would John D. MacDonald say? (MacDonald used to live there and repeatedly emphasized the folly of coastal development in his novels.)

I also went to visit my old condo, which was probably my favorite of all my various houses and apartments. It had a skylight and a glass wall facing a wooded creek, and at 1,100 square feet it was easily the biggest apartment I'd ever had. I installed pale Berber carpeting, and I owned it, and I loved it -- and in the end I only got to live there a year before the opportunity arose for a job in New York. Oh well. Je ne regrette rien. I loved New York, too! 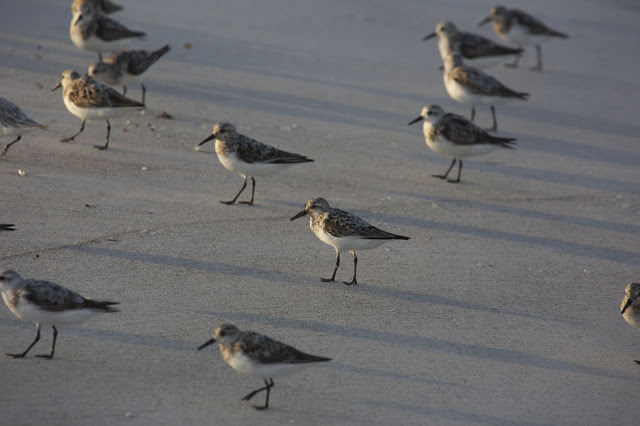 Last night we all went to dinner at the Seafood Shack in Cortez. I don't know who invented placemats that can be colored with crayons, but thank god. They keep kids occupied and they keep parents sane.

(Top photo: A house in Sarasota, yesterday.)
Posted by Steve Reed at 11:38 AM