Foosball and a Cold Snap 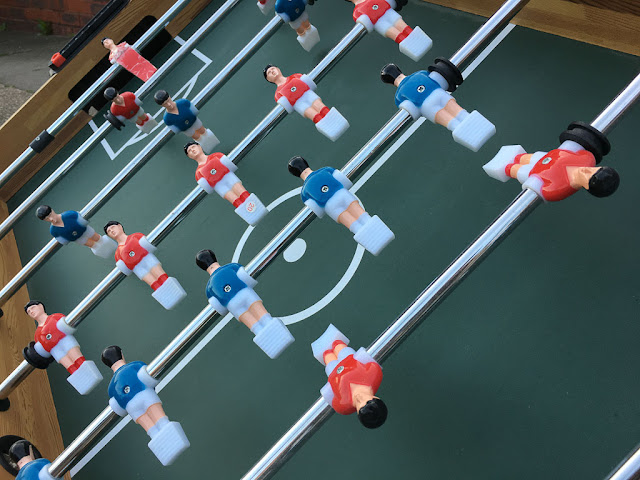 Here's another bit of interesting detritus that Olga and I found on one of our walks. People throw away the darndest things! It's because we all have way, way too much stuff -- far more than we need.

Interestingly, a few days after she and I came across this, I was talking to our friend Mark and he mentioned that he wanted a foosball table.

Of course it was long gone by that time, and I didn't really expect him to take it anyway. He complained that some foosball tables have three players in the last line rather than one, and how completely inappropriate that is. (Foosball nerds!) This one, at least, looks like a regulation table in that sense. 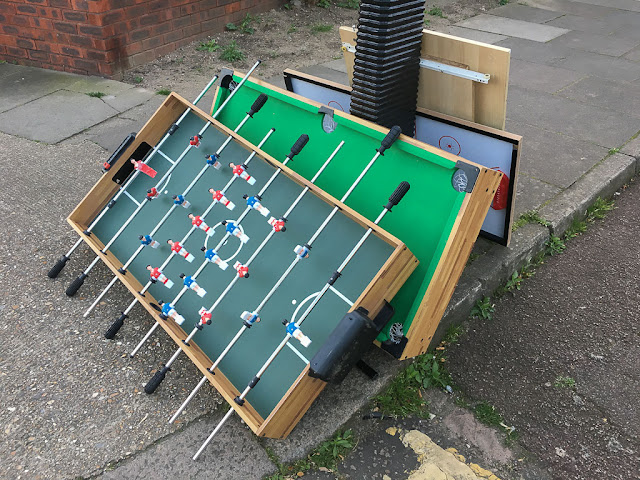 Thanks to those of you who chipped in with calming words about my basal cell carcinoma. I had no idea this was such a common thing! I'm glad I'm in such good company. I'm sure my skin carries all kinds of sun damage from my years in Florida and Morocco.

There's one picture in particular of me, taken in the late '70s during a vacation to the beach, that just makes me wince every time I see it. I'm smiling and happy and as tanned as George Hamilton. We used to use sunscreen, at least some of the time -- it was this horrible green/brown stuff from a tube that my dad used to call "goose poop" -- but clearly I was absorbing a lot of rays.

Our rescued foxglove is still hanging in there, even growing a bit. I think it's going to be fine, though I want to get it off the kitchen windowsill and into the ground. Maybe this weekend, after our cold snap is past. The celebrity poppies aren't looking so great, but I think two of them are still alive, at least. The sidewalk pavers did indeed strip out all the plants from the area where I rescued them -- so they'd have been toast if I'd left them there. Makes me feel like I accomplished something!

It's 38º F this morning! Nature seems unconcerned, though. A blackbird is in the birdbath as I write, and a blue tit is on the feeder. I guess they're used to this sort of thing.
Posted by Steve Reed at 6:20 AM