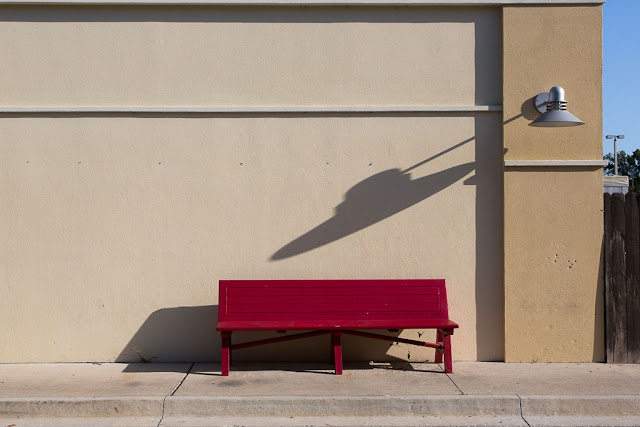 My mom, brother and I all went to breakfast yesterday at a neighborhood restaurant. The last time I went there I was appalled at the portion sizes, so I kept joking about having a "nine-pound omelet," but then when the food came it wasn't as ridiculously portioned as I remembered. Maybe I was hungrier this time. I had a two-pound omelet, and I ate the whole thing. With toast and grits.

Still, I was surprised when Mom insisted on eating lunch about two hours later. I let her make me a tomato sandwich. That was about all I could handle at that point, but Mom is on a schedule.

Other than eating, yesterday was pretty low-key. The three of us sat for a while on a covered dock over Julington Creek, a tributary of the St. John's River, where we chatted and watched the distant specks of boaters and rowers out on the wide, silvery water. 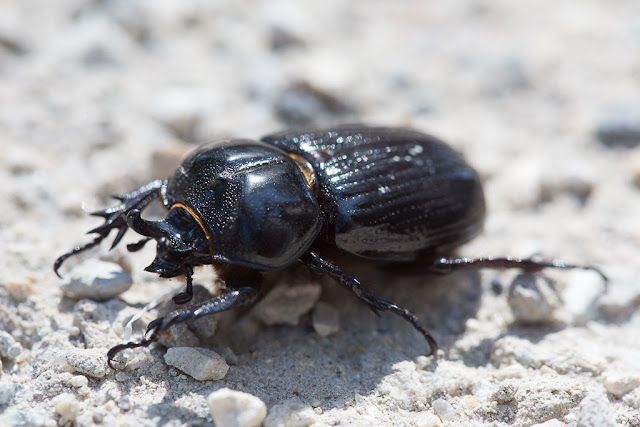 We found this nearly motionless beetle on the walk back to my mom's apartment. Apparently it's a triceratops beetle (Phileurus truncatus), and it was soporific. Could have been the heat, or as my brother suggested, maybe it got into some bug spray. We moved it from the sidewalk to a shady spot beneath a shrub.

Later in the afternoon my mom and I went to Starbucks, where I had the most godawful cup of coffee. It was so strong I felt like I was drinking asphalt. Of course, it was 95 degrees out, and I was probably the only person to walk in all day and ask for hot coffee, so who knows how long it had been hanging around. And it was their Pike Place Blend, which is supposed to be the mild one, I thought. The experience was mitigated slightly by hearing "Vacation" by the Go-Go's on the in-store music system, but still...we'll probably make afternoon coffee at home today.

Queens, my brother's dog, has decided that I am her personal chew toy. Every time she sees me she gets so excited, and before I know it she's gnawing my arm like rawhide. They're just playful puppy love bites, but I hope I'm not encouraging bad behavior!
Posted by Steve Reed at 11:36 AM