The Wonders of Croydon 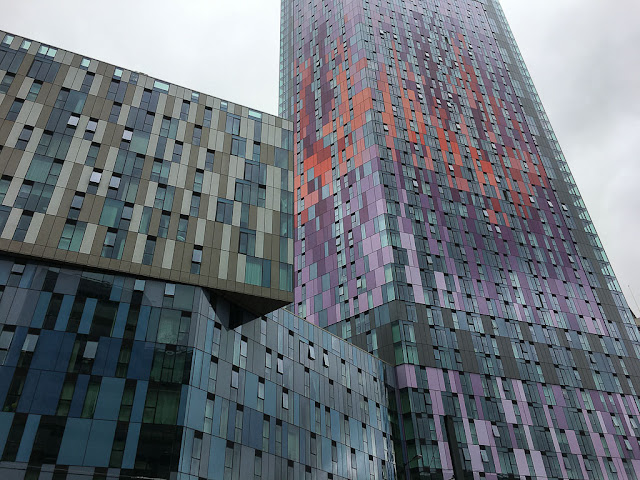 Yesterday Dave and I went down to Her Majesty's immigration office in Croydon to apply for Indefinite Leave to Remain, or permission to stay in Britain indefinitely. This was the culmination of our months of paperwork and test-taking, and the good news is, Her Majesty likes us. Our application was approved.

It turned out to be a daylong adventure. We had a "premium" appointment, which sounds very Hyacinth Bouquet -- "I really must have a premium appointment, Richard. In a room bearing the royal warrant." We turned up at 10:30 a.m., shortly before the appointed time, and within an hour and a half we'd made our application, which involved a considerable stack of pay stubs and bank statements and all sorts of other stuff.

The man who took our documents, photographed and fingerprinted us said everything should be ready for pickup in a couple of hours. Meanwhile, he said, we could wait around, or we could go see "the wonders of Croydon." This was sort of an inside joke, because Croydon is not known for any wonders whatsoever. Nonetheless we decided to explore. We left the building and passed through the tired-looking shopping center across the street, which we first visited a couple of years ago when we got our visas renewed, and then went walking down an outdoor pedestrian mall. Ultimately we found a pub with the rather provocative name of The Spreadeagle, where we had an alcohol-free lunch.

We got back to the immigration office around 1 p.m., but apparently things were busier than usual because our documents weren't ready until after 4 p.m. 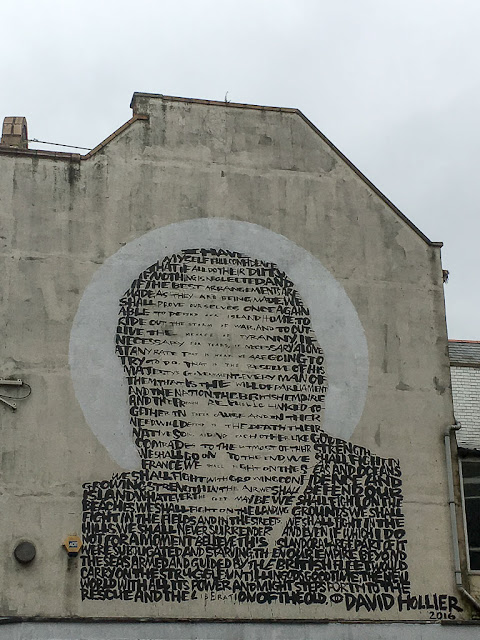 The good news is, I used the time to finish "Herzog," which was one of the more challenging novels I've read in a while. I enjoyed parts of it, and I can appreciate Saul Bellow's writing and his genius. But parts of it definitely got bogged down in philosophical questions and conundrums, which I understand were meant to show us the state of the protagonist's mind, but at the same time were exhausting to read. So, overall, a mixed bag.

We arrived back home last night relieved to have that task completed. But then waiting for me was a frustrating letter from the National Health Service, in which my dermatologist said the procedure performed on my forehead in July "showed the presence of scaly sun damage called actinic keratosis. Looking at the specimen at the deep margin, there was a suggestion of possible early development of a type of low-risk skin cancer but nothing certain." He went on to suggest another surgery, "removing the scar with some stitches," and said he would put me on the schedule to have it done.

So it sounds to me like they're concerned that more cancer cells, or pre-cancer cells, may remain. But even their original diagnosis was quite tentative. If all we have is an uncertain possibility of low-risk skin cancer, is that really a good reason to cut more tissue out of my face? Can't we just wait and see whether another spot develops? I mean, this spot they removed was tiny. Even the doctors kept talking about how small it was. So I'm going to consult with them and see whether another immediate surgery is really necessary. I may seek a second opinion.

(Photos: The wonders of Croydon! Top, some buildings near the immigration office. Bottom, an artwork depicting Winston Churchill in the words of his "We shall fight on the beaches" speech.)
Posted by Steve Reed at 6:31 AM