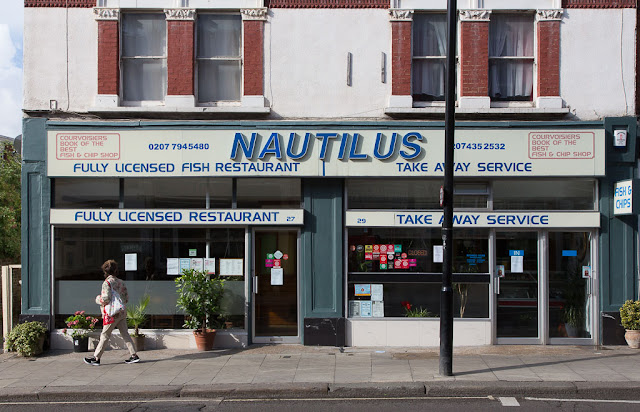 Yesterday morning, I followed up on that mysterious letter from the dermatologist. I called his office and explained to his secretary that I was confused about the tentative nature of the diagnosis and I needed more information before agreeing to any further surgery. She promised to have the doctor contact me. And he did.

It turns out his letter referred back to my biopsy in May, not to my surgery at the end of June. In other words, it's very old information. He meant it as notification that I would need surgery -- which I have now already had, nearly a month ago! So all is well and I don't need any more.

Good grief. Why did they just send me this letter now? After I've already had surgery, received follow-up letters and moved on with my life? DON'T SCARE ME LIKE THAT, PEOPLE!! 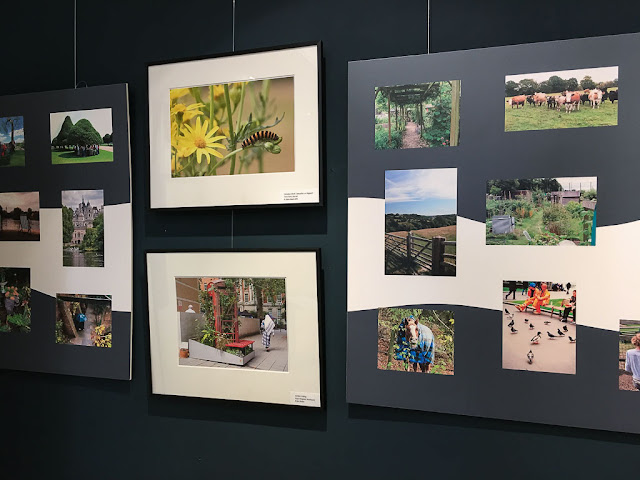 Around lunchtime, Dave and I went to see the Royal Photographic Society's newest London exhibit, at the Croatian Embassy. It features work from a yearlong project called "Breathing London" -- an effort to photograph the city's parks and open spaces. About 70 photographers participated, including yours truly, and in this shot of the gallery wall you can see one of my photos -- with the yellow flowers and the caterpillar. (You can view it close-up here.) I have two others in the show as well, this one and this one. The exhibit is very well put together and I couldn't be happier.

(Photo: Near Fortune Green, last weekend.)
Posted by Steve Reed at 6:52 AM