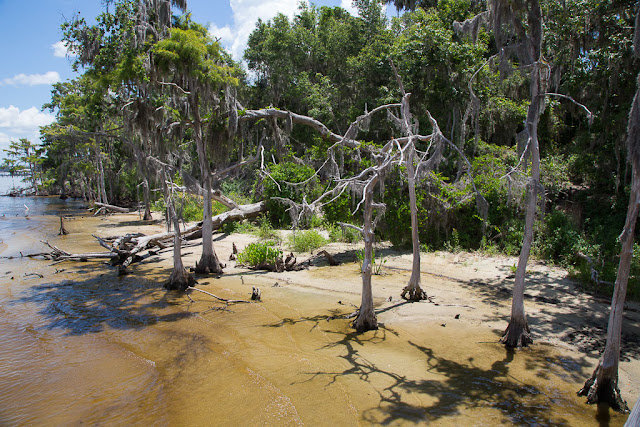 Yesterday we braved the heat and went to Alpine Groves Park, a historic site and scenic park along the St. John's River. It's in the small community of Switzerland, named for a plantation owned in the 1700s by a Swiss businessman. (I'm sure that's where the "Alpine" name comes from, too, since there's not a mountain around for miles!) We strolled the shady boardwalk and my nieces went to the playground. We saw butterflies and a striped skink and some interesting flowers, but most of the wildlife seemed to be hidden somewhere, staying cool. Afterwards we went out for tacos -- or in my case, taco salad. It was good to get out and see something new. 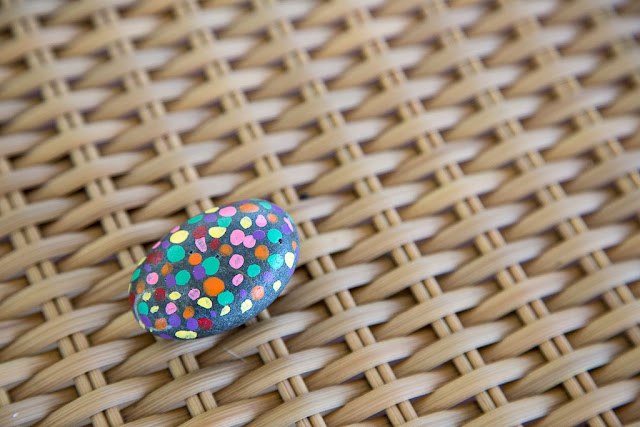 While walking with my mom at her retirement center the day before, I found this groovy rock lying on an outdoor table. It was signed on the bottom. Someone's art project, I guess! 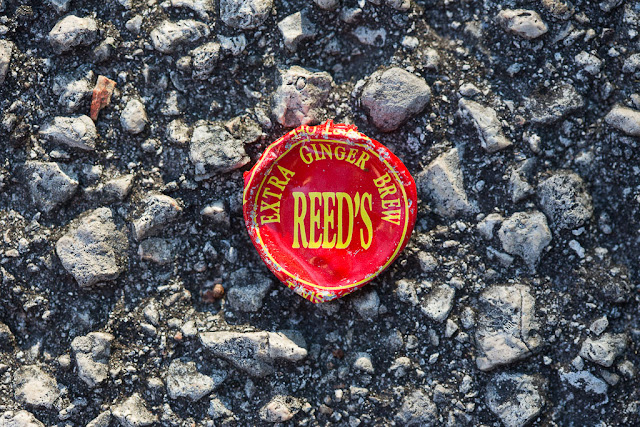 And this was my find while walking the dog with my brother yesterday morning. How apropos! 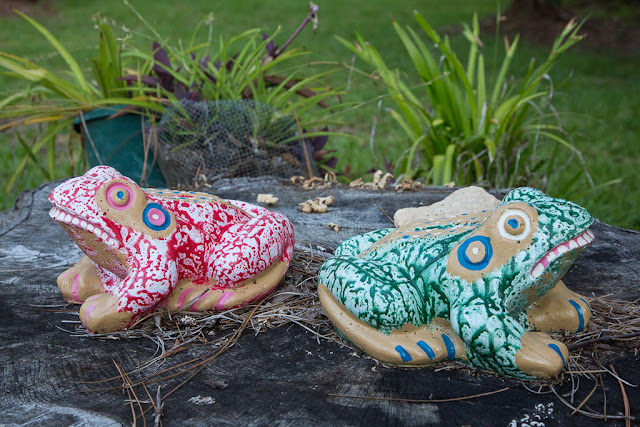 When I visited Jacksonville over Christmas, I took some pictures of some colorful frog statues I found sitting on a bridge abutment, out in the middle of nowhere. I thought it odd, and on this trip I've seen even more frogs spread around my brother's neighborhood -- on bridges, mailboxes and these two on a tree stump near his house. Turns out there's a story behind them -- a retired guy called the Frog Man of Mandarin makes and distributes the amphibians. He apparently even maintains his frogs, replacing missing ones and repairing those that get damaged. 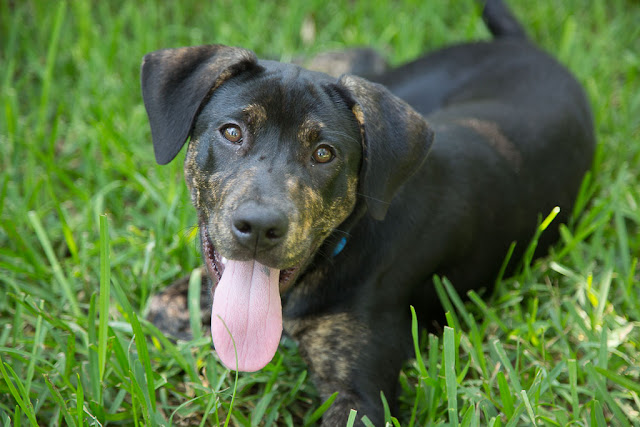 Finally, here's a picture of Queens, my loving tormentor, who also went to the park with us yesterday. She's still very puppyish, as you can see. My oldest niece loves her, but the younger one is a little unsure. She pets Queens but the minute the dog moves, especially if its mouth is open, she backs right up. I guess a dog mouth must look pretty scary to a four-year-old!
Posted by Steve Reed at 12:01 PM