The Beach, and Mrs. Stowe 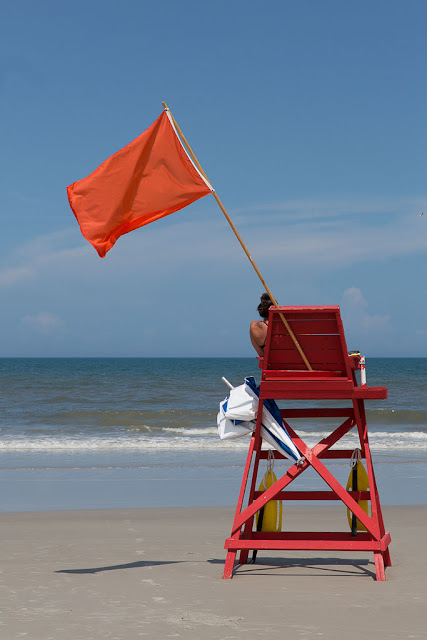 We had to take Mom's car in for servicing yesterday, so we made an afternoon of it. My brother met us at the Acura dealer, where we dropped the car, and the three of us drove in his truck to Jacksonville Beach. We had lunch at a trendy Mexican place, with flashy margaritas and tacos that no true Mexican person would recognize. (I had one made with blackened shrimp and a pseudo-Southern one with black-eyed peas and fried green tomatoes. I also had a refreshing margarita made with ginger beer -- maybe Reed's?!)

Then we walked out to the searing, white-hot beach, where I lingered just long enough to take a picture of the water. The red flag on the lifeguard's stand means "strong currents" -- in case you were thinking of joining us for a swim.

We got back into the air-conditioned comfort of my brother's truck and drove up through Atlantic Beach, exploring the neighborhoods, and just as we were considering what to do next, the dealer called and the car was ready. Back to Acura we went. Now there is no foreseeable reason that Mom and I should have mechanical difficulties driving to Savannah today. Knock on wood. 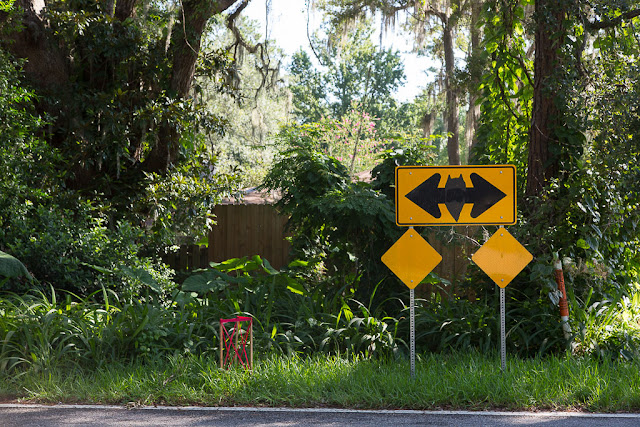 Someone near my brother's house has turned several of the street signs into bats! Gotta love the creativity.

And speaking of creativity, remember the groovy painted rock I found several days ago on a table at Mom's retirement center? When we walked by the same table yesterday morning, it was still there. Clearly it was meant to be adopted -- by me. So I did. 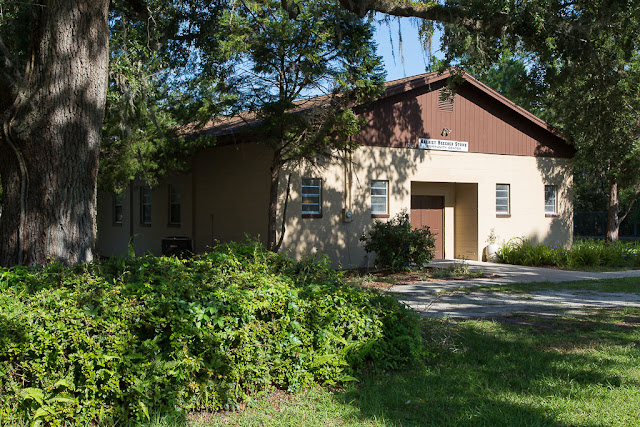 Here's the modest Harriet Beecher Stowe Community Center, which is near my mom's apartment. Stowe, the abolitionist author of "Uncle Tom's Cabin," bought land near the St. John's River the year after the end of the Civil War and helped launch a school here, among other things. She used to sit out on the riverfront and wave at passing steamers, or so I've been told.

We did some reading about Stowe yesterday, thinking we could go see her house. Sadly, it's apparently no longer standing. But we did run across an interesting account by Mark Twain, who lived next to Stowe in Connecticut at the end of her life. Apparently she got a bit dotty in her old age:


"Among the colonists of our neighborhood the doors always stood open in pleasant weather. Mrs. Stowe entered them at her own free will, and as she was always softly slippered and generally full of animal spirits, she was able to deal in surprises, and she liked to do it. She would slip up behind a person who was deep in dreams and musings and fetch a war whoop that would jump that person out of his clothes."

I know it's not exactly a happy image -- dementia and all -- but it's kind of endearing to think that Stowe had so much fun shaking up her neighbors. Never one to shy away from controversy!
Posted by Steve Reed at 11:24 AM