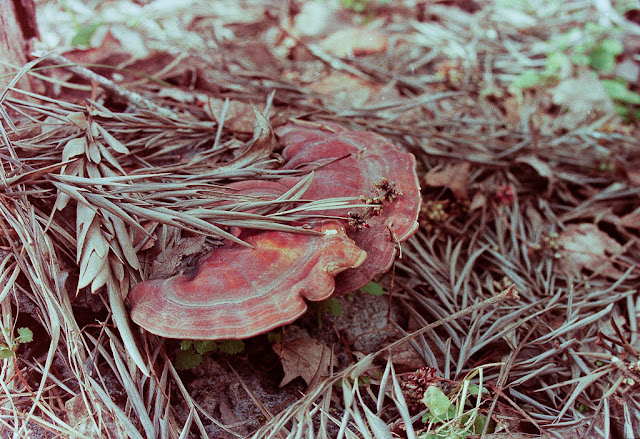 Some more old photos, rescued from negative oblivion by my new scanner. Most of these were taken in the '80s with my 35-mm Canon, so the photo quality is better than the Magimatic pictures I posted earlier.

First, a shelf fungus in our old yard in Florida, growing beneath (or possibly on) a silk oak that has long since died. 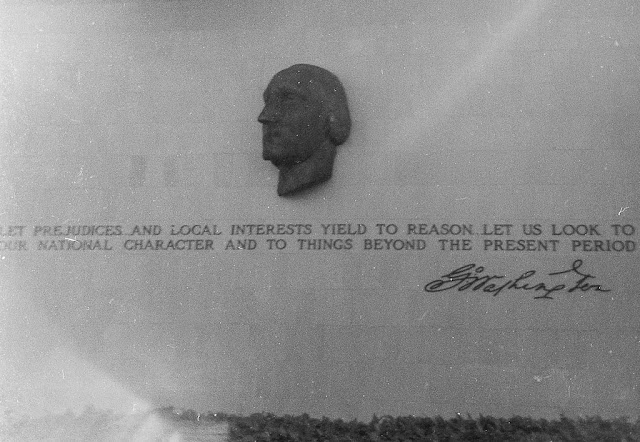 This isn't a great picture -- it came from the Magimatic -- but it's a memory that has long perplexed me. I took it around the time of the Bicentennial (1976), on a trip to Washington, D.C. It's of some sort of memorial wall erected to George Washington. I never saw this wall again on my many subsequent trips to Washington, and I've often wondered where it was.

Well, I did some research, and it turns out this wall used to be located near the Washington Monument. Soon after I took the photo, it was taken down and later relocated to the George Washington Masonic National Memorial in Virginia. So it's still out there, but in a different place. 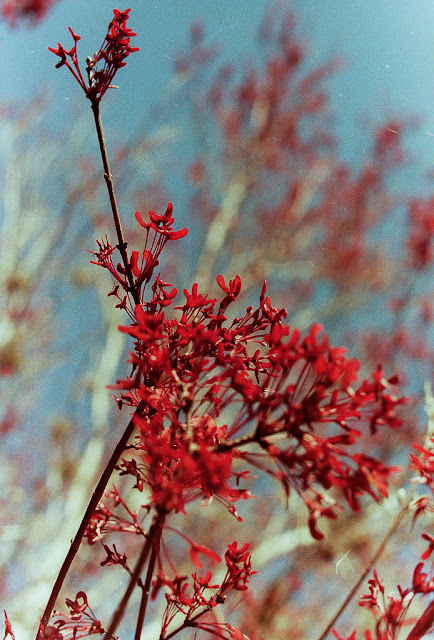 These bright red seeds used to grow on the maple trees at our house in Florida. Like the silk oak, those maples are long dead now. 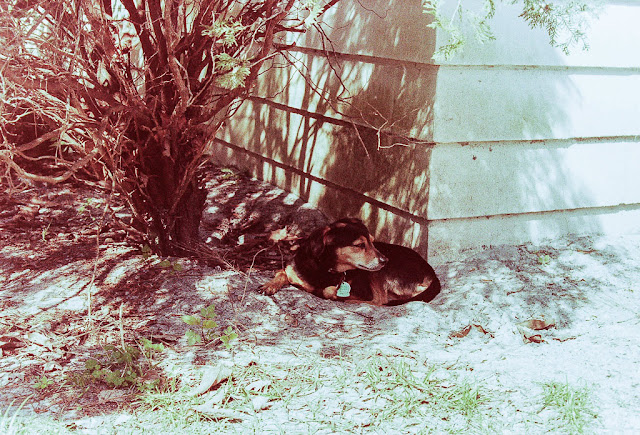 This is our old dog Hoover. She was fun but she could be a bit ornery, especially when she got older. She liked lying around in the shade! She died in 1992. 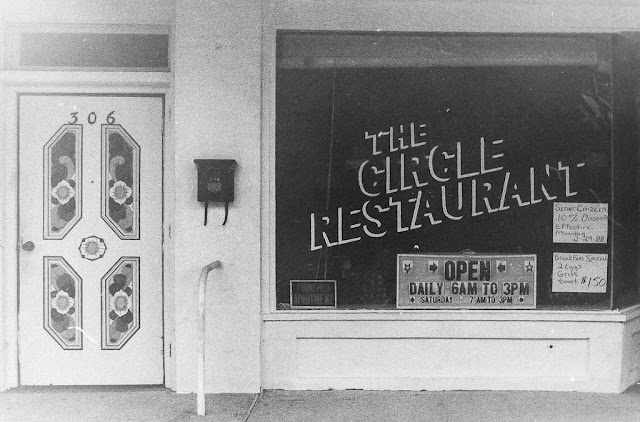 I've mentioned the Circle Restaurant, in Sebring, before. Here's a 1988 shot of the front window that I've never been able to have successfully printed. In fact, I had to do a lot of manipulation to get it to look this good. My film was way too underexposed. 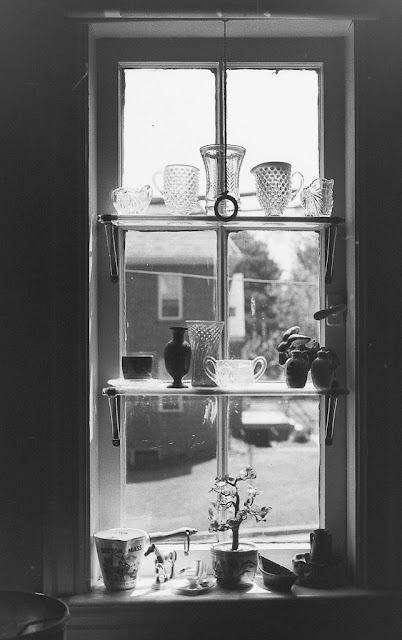 My grandmother, like a lot of grandmothers, had a window full of little tchotchkes in her living room. (Two of them, actually.) Here's a look at one. My brother and I used to help her wash all those little objets when we visited each year. 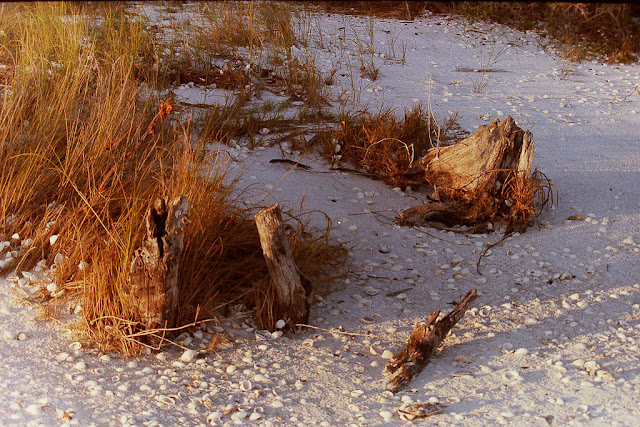 A shot of some dry beach grass in early evening on Sanibel Island, Florida. I took this on a day trip there with my high school friend John. 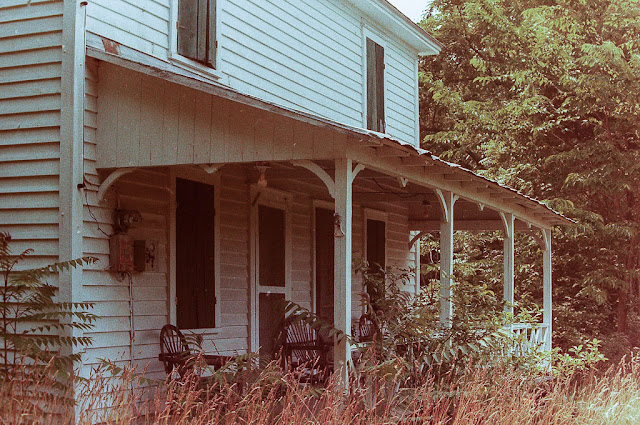 And finally, the front porch of my grandfather's summer retreat in the mountains of West Virginia. My family still owns this property, but none of us have been there for many years and we're allegedly in the process of selling it. We always ate our lunches on that porch when we drove up for the day from my grandparents' in Washington, but I've never slept in that house -- which, among other issues, has no indoor plumbing!
Posted by Steve Reed at 7:04 AM