The Hive at Kew 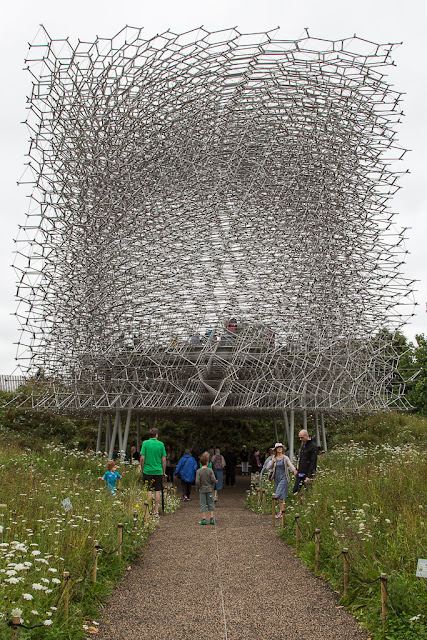 Dave and I got motivated yesterday and went to Kew Gardens, partly to see an exhibit called "The Hive." It's an art installation based on a beehive, with thousands of LED lights that flicker and represent the bees communicating with each other. (The Hive is somehow linked to one of Kew's actual hives, apparently.) It's surrounded by a meadow of bee-friendly flowers (now mostly past their peak) and it's supposed to get us thinking about how to protect pollinators and our own food supply. 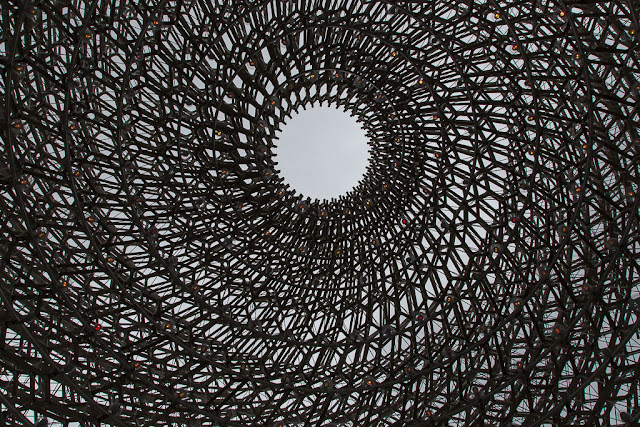 You can step inside The Hive on two levels. From the upper level, the top looks like this.

It's a cool construction, and very mathematical with all its geometric metal "cells." 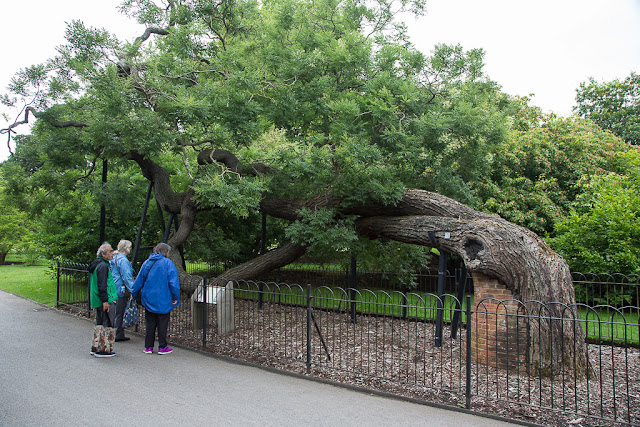 On the way to The Hive we passed this Japanese pagoda tree -- planted in 1760! America was still a British colony, and the French monarchy hadn't yet been guillotined. The folks at Kew call it an "old lion." I like how the trunk has been braced with bricks on the right. 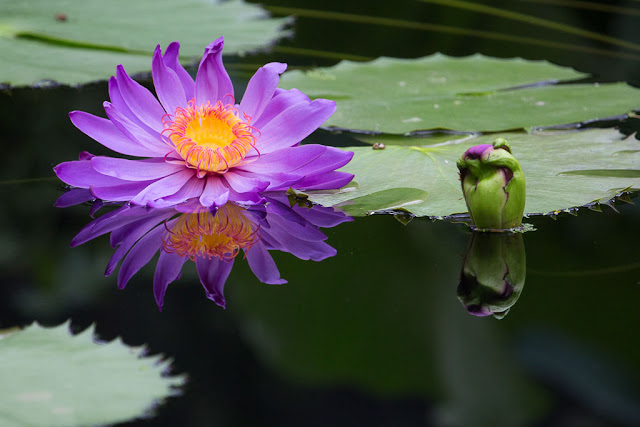 We also visited the palm house and the ridiculously humid waterlily house, where I had to wipe down my lens several times but finally managed to get a decent picture.

I also bought us a membership to Kew, so I hope now we'll go back a bit more frequently.

Before we went to the gardens, Dave and I visited a terrific restaurant in Clapham called The Dairy. We saw it a couple of years ago on one of Mary Berry's cooking shows, where she toured the herb garden on the roof. The food was spectacular. We loved it. And we asked to visit the roof and got a little tour of our own!
Posted by Steve Reed at 6:52 AM