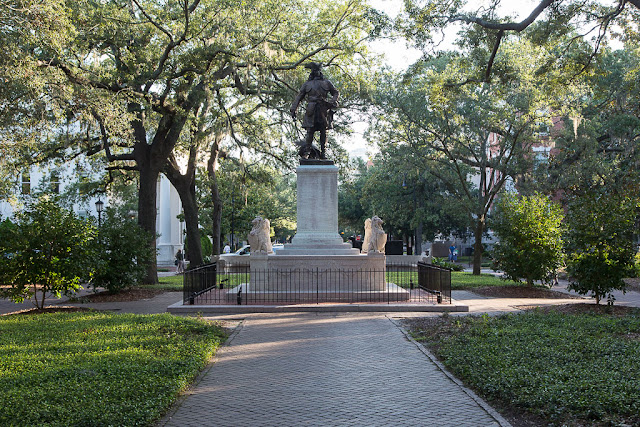 This is Chippewa Square, where the movie "Forrest Gump" was filmed. The "box of chocolates" bench was located along the street on the other side of this statue of Gen. James Oglethorpe, the founder of Georgia. Apparently the bench itself was a movie prop. There's not one there now, but tourists like to trample the flowers and climb up on a garden wall to approximate the perspective in selfies -- or so our catty tour guide from Tuesday said.

The square is named for the Battle of Chippewa in the War of 1812. Allegedly, Oglethorpe is facing south to guard Savannah against the threat posed by Spanish colonists in Florida. 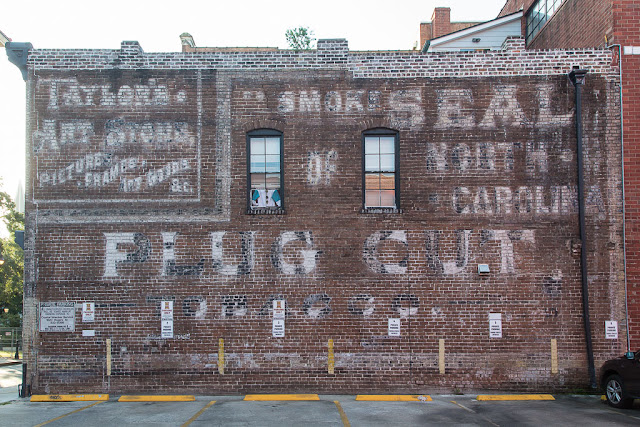 Mom and I were up pretty early yesterday morning, and my agenda for the day was to go back to Chippewa Square, walk around town a bit to take some pictures, and visit the Jepson Center for the Arts, a contemporary art museum. So that's what we did. 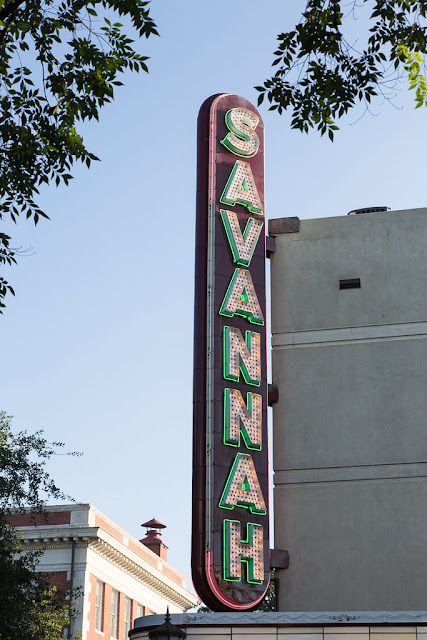 This is the sign from the old Savannah movie theater, also on Chippewa Square.

As it turned out, walking around town only took a short time, and we didn't want to walk too much because it was already getting hot. The museum didn't open until 10 a.m. So we ducked into a cafe and then took care of practical matters like checking out of our hotel. 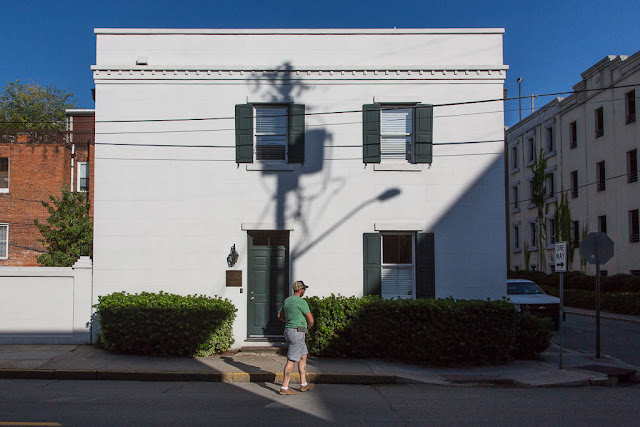 Just as we were about to leave the Hyatt Regency, we saw two women who I swear were Kardashians, or at least Kardashian imitators: skin-tight, wildly revealing clothing, deep cantaloupe tans. They were climbing into a black SUV. One had on a pink halter-top-and-miniskirt outfit that looked at least two sizes too small for her -- it was like two bags of basketballs. People on the hotel steps were stopped in their tracks watching them. One little boy's mouth was actually agape. I couldn't believe my eyes myself. 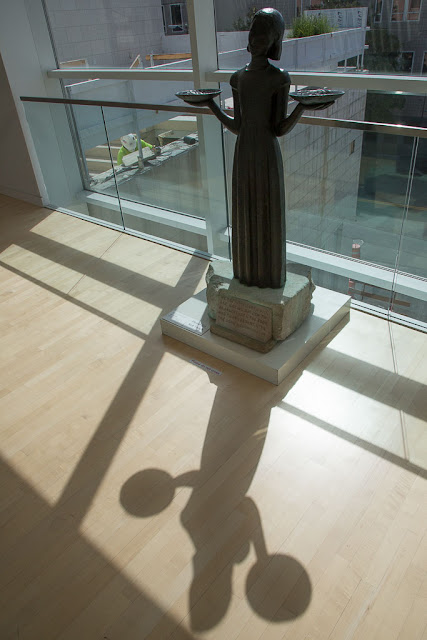 Anyway, back to the museum! My mission at the Jepson was to see "Bird Girl," the cemetery sculpture photographed for the book cover of "Midnight in the Garden of Good and Evil." It became so famous that it's now one of the best-known symbols of the city, and it was moved indoors to protect it from vandalism.

We also saw an exhibit by the photographer William Wegman, who's known for creative portraits of his Weimaraner dogs. There were dog photos in the show, of course, but also other works where Wegman would use an old postcard (or several old postcards) and contextualize them into a larger painting. It was interesting to see some different stuff from him.

After that, we had lunch and hit the road. We got back to Jacksonville in late afternoon, and then went to my brother's for a little 80th birthday dinner for Mom. We gave her an iPad, which ought to be heaven for her to use compared to her decade-old, gerbil-driven netbook computer.

I think the day wore her out. She's still asleep now, as I write!
Posted by Steve Reed at 12:21 PM