An Emu, and Other Surprises 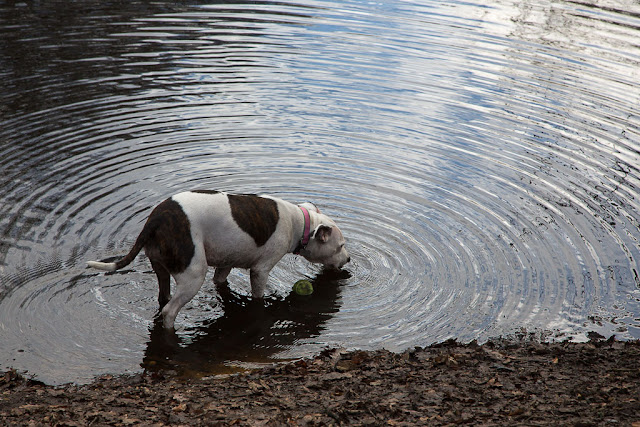 Olga and I made up for her lack of walking on Saturday by taking two long outings yesterday.

First, in the morning, we walked up through Childs Hill and Cricklewood, north of where we live. While we were walking along Cricklewood Lane, a man with at least two bright metal teeth called out to me from a shiny black car: "Excuse me! That's a beautiful dog!"

I thanked him, and hearing my accent, he asked where I was from. And then, apropos of nothing, he asked if I knew of a massage place nearby. No, I said, but I pointed him toward Cricklewood Broadway, figuring if there was one, it would be there among all the other shops.

Then he very kindly offered to sell me cocaine, but I politely declined, it being only 8 a.m. (Among many other reasons.) I didn't want to offend him, so I was all smiles, saying "Oh, no, but thank you so much!" As if he'd offered me a cupcake.

And then I got the heck out of there. 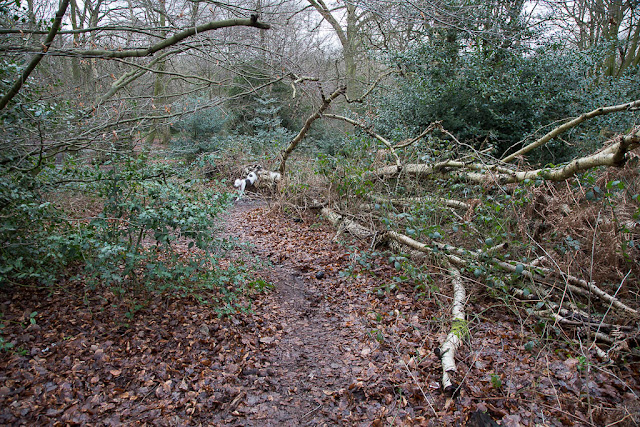 In the afternoon, Olga and I went to Hampstead Heath, where these photos were taken. As usual, Olga had a great time chasing critters and leaping over logs. (There seem to be quite a few fallen trees on the West Heath these days -- I wonder if the windstorms last month did some damage? Or have they been there all along, and I'm seeing them more clearly now that the undergrowth has died back?) 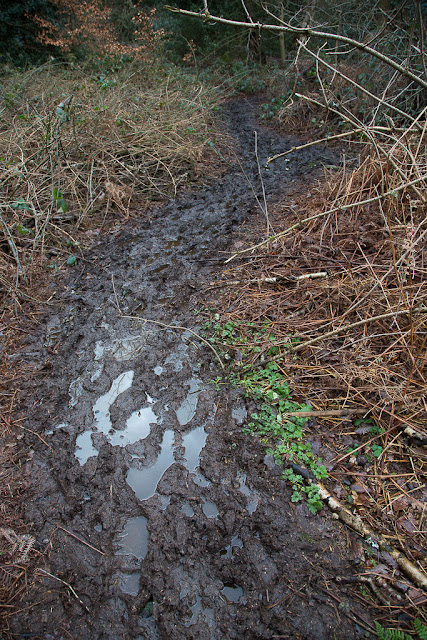 It is wet and muddy out there, people! A good portion of our walk involved slogging along paths like this one. 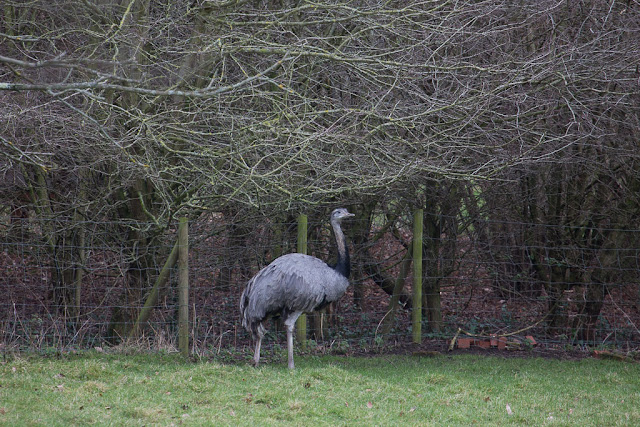 Weirdly, I came across this creature in Golders Hill Park. (It was in an enclosure, not just wandering around, but still...) Google confirms that it is apparently an emu.

While the dog and I were walking, Dave worked on the garden, pruning the roses and the buddleia and getting a few other things ready for spring. Some of our plants are already budding, and the daffodils are well on their way to blooming. I saw my first daffodil of the season, in fact, walking Olga yesterday morning -- and crocuses, too. Spring is coming!
Posted by Steve Reed at 6:18 AM