Harley and the Castaways 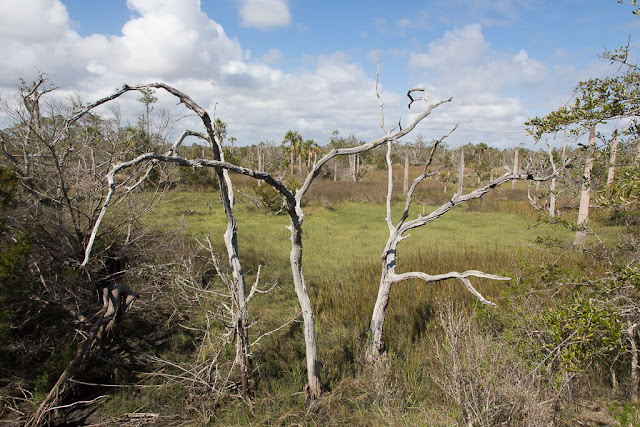 My mom, brother and I spent the day together yesterday, with two agenda items in mind. I wanted to revisit Castaway Island, a city park we visited last July but couldn't really see because the nature trail was closed. And my brother wanted to take us to one of his favorite eateries, in Fernandina Beach.

I was hoping to see some more cool birds at Castaway Island -- you may remember last summer I saw a roseate spoonbill there. But this time, we didn't see much -- a lone palm warbler, a distant osprey hunting for fish, swarms of odd little swoopy birds in midair above us. I guess midday on a warm afternoon is not the best time to birdwatch. 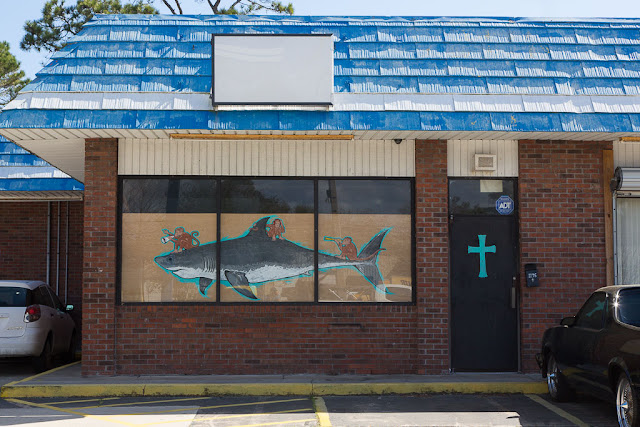 On the way there, we drove past this shopfront.

"OK, we just passed a shop decorated with a mural of three monkeys riding on a shark," I said to the family before demanding that my brother turn the car around. What's with the cross on the door? Is it a church? While I get the three monkeys -- hear, see and speak no evil -- I am mystified about the shark. Could it be...Satan? 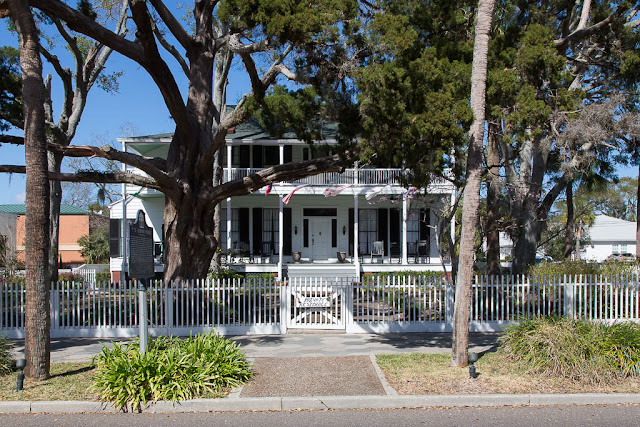 We took a car ferry across the St. Johns River, which was a novel experience, and drove up Amelia Island. In Fernandina Beach we admired the Lesesne House, which was built in 1860 and has been occupied by the same family since immediately after the Civil War. As I told my family, the house is nice -- but the trees make the picture!

We had lunch at Tasty's, a burger place that has been fashioned out of an old Gulf Oil gas station. I had a Carolina burger with bacon and barbecue sauce, and sweet potato fries. (I made up for it at dinner with a kale salad!) My brother loves their burgers, and I gotta agree -- they are good. 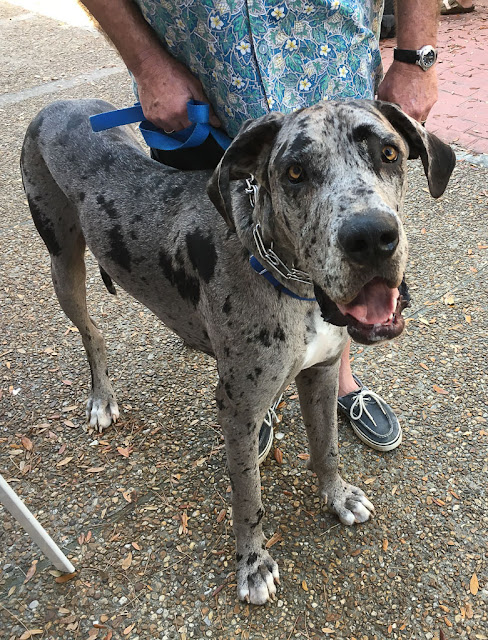 We also ran into this big guy ambling up Centre Street, the main drag through Fernandina, where he was attracting so much attention you'd think he was Brad Pitt. His name is Harley. He's a rescued Great Dane and he came up to at least my waist. He had a head like a football. A whole lotta dog!

I asked his owner if I could take a picture, and he said yes. He added that he was in the process of building a wide skateboard with big rubber wheels, so Harley could pull him along the beach.