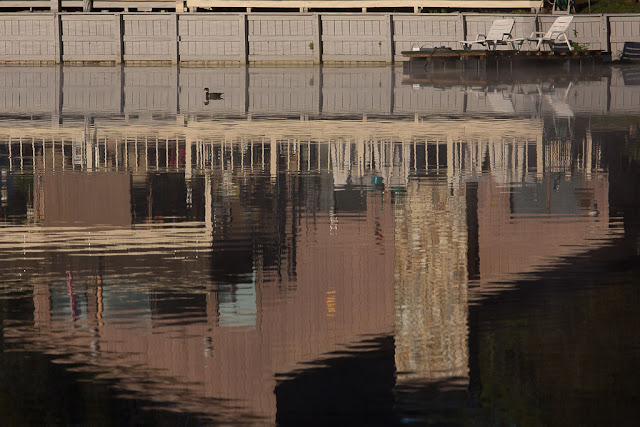 Yesterday morning I had a chance to walk down to the lake and sit out with my coffee and my camera. I watched the ducks and anhingas come and go, and the light went from gray and misty to bright and golden. It was a beautiful day, cool and clear, as days often are at this time of year in Florida.

You can't quite tell, but that's a wood duck in the picture above: 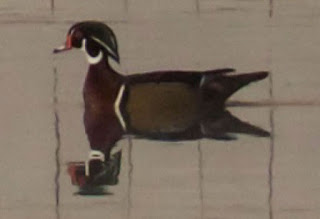 Is there a prettier type of duck? If there is, I've never seen it. I wish it had been closer but they're pretty shy. That picture doesn't begin to do them justice.

Then I went and visited Maybelline, my dad and stepmother's dog. She's still crazy energetic when I first walk into her fenced yard, and she still tackles like a linebacker. She's just playing, but she's pretty rough. I got some dramatic scratches on my forearms from her paws. 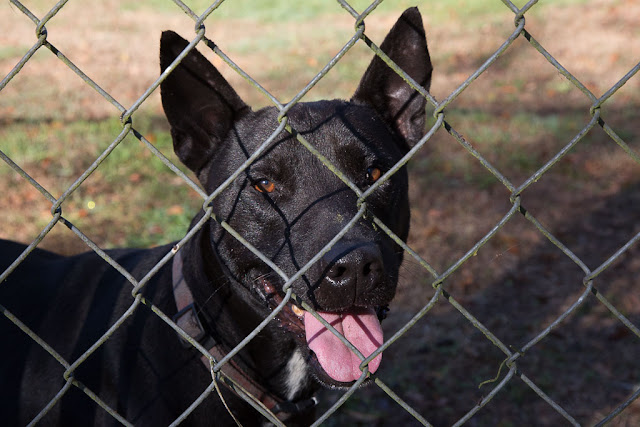 It's even hard to get her to stay still long enough for a picture!

My stepmother is trying to find a new home for Maybelline. She feels like she can't give the dog the attention she needs, which is probably true. Maybelline spends a lot of her time in a good-sized fenced yard and though she's treated well, she's just too strong for my stepmother and she's obviously hungry for human contact. She leaps into my lap every time I visit! I'd take her back to England but Dave would kill me -- and God knows Olga would never forgive me. Besides, Maybelline doesn't have much experience with living indoors. I think she needs a big space where she can run around and work off all that excess energy.

So this may be the last time I get to play with Maybelline. My scratched-up arms aren't sorry, but the rest of me is. 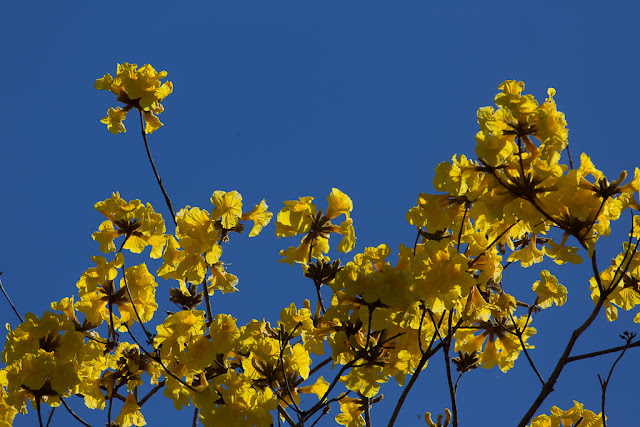 This is also a great time of the year to be in Florida because many of the tropical trees are blooming. The neighbor's tabebuia is waving bright yellow blossoms against the sky, and I wouldn't be surprised if the jacarandas and kapoks are out, too. (We're a bit too far north for kapoks here, but we do have jacarandas, particularly in some of Tampa's older neighborhoods.)

Last night my stepmother made beef stroganoff, one of my favorite dishes, and my stepsister and her husband and son came over. We drank a bizarre electric-blue sparkling wine my stepmother found at the grocery store. It looks like Windex, but it tastes pretty good!
Posted by Steve Reed at 11:19 AM