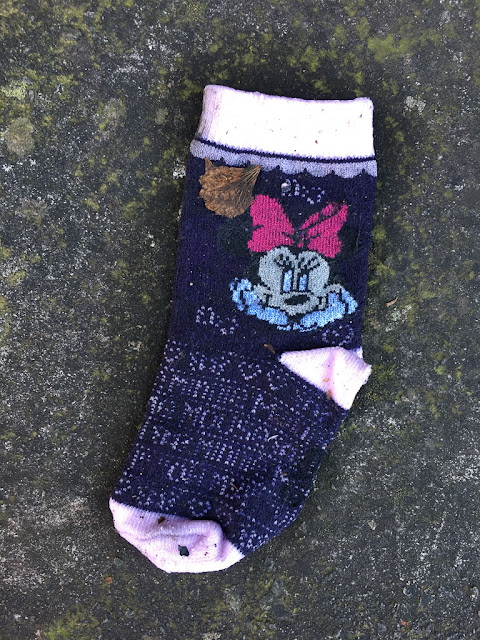 Here I am in Florida, where I got a surprisingly good night's sleep, despite the five-hour time difference. It's 5:41 a.m. here, as I write this, and it's weird to think that right now Dave is probably poking around in the garden in broad daylight, moving toward lunchtime. Air travel always amazes me.

My flight was uneventful. We left a bit late because of "unscheduled maintenance," whatever that means -- it sounds important so I'm not complaining. I killed time at the Starbucks in Gatwick airport, which had a surprisingly hip '80s alt-music soundtrack including Roxy Music, New Order, Depeche Mode and even Bronski Beat. I felt like I was in one of the nightclubs of my youth, except that it was, you know, Starbucks, peopled by stroller-pushing parents and occasional senior citizens. (Who may have grooved to that music themselves decades ago!)

It's funny how songs that seemed rather subversive when new have basically become Muzak.

On the plane I read all of "My Absolute Darling," which is a good but harrowing novel with possibly one of the most odious parental characters ever created in fiction -- a paranoid, abusive, controlling mansplainer. I was quickly propelled right through all of its 417 pages. And then I watched "Film Stars Don't Die in Liverpool," which I'd meant to catch in a theater, about the relationship between aging Oscar winner Gloria Grahame and a much younger man in the late '70s and early '80s. It was pretty good, and the acting was impressive, but I didn't get a good sense of why Jamie Bell's character was so in love with Annette Bening's Grahame -- it seemed to me that she didn't have much to offer him, aside from the residual glitter of her glamorous distant past.

My stepsister and her husband picked me up at the airport and brought me back to Lutz, north of Tampa, where I'm staying a few nights at my stepmother's house. It's strange to be here just days after Feb. 16, which would have been my dad's 81st birthday. If he were still with us we'd be having cake and presents now, no doubt.

(Photo: A lost sock in London, which seems Florida-appropriate even though I am not quite in the land of Mickey and Minnie. I haven't had a chance to take any photos here yet!)
Posted by Steve Reed at 11:13 AM