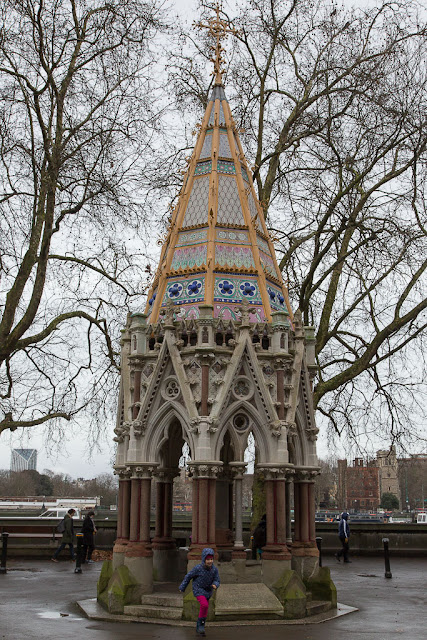 I'm tired this morning after a strangely unsatisfying night's sleep. I'm usually a pretty good sleeper, but last night I woke up at 2 a.m. or so and couldn't get back to sleep for a couple of hours. I wasn't worried, or in pain, or anything like that -- in fact, I was just bored.

I eventually got up and cleaned the kitchen windowsill, which I know sounds insane, but if you're going to be awake you may as well make the most of it. I'd put all the little tchotchkes on the windowsill through the dishwasher, because we had a light load last night -- so since it was empty I wiped down the windowsill itself with cleanser. I probably would have vacuumed if Dave weren't asleep himself.

Isn't this fascinating? This is my life. I really need to take a trip or something.

In all seriousness, I'm thinking about what to do for Spring Break in April. If we can get dog care sorted out, we might go somewhere for a few nights. Budapest? Malta? And then we've got summer -- Dave will be in the states at a conference for part of the time, but we ought to get something planned then, too. I haven't traveled internationally since Luxembourg, last March. (I'm not counting Florida, because that's going home -- that's different from a vacation.) With Dave's illness we haven't really had the opportunity, but he's feeling better these days, and I am ready to get out and see the world.

I had to stop at Homebase last night and buy another flowerpot -- fortunately not one so large I had to carry it home on my head. This one is for our rosemary, which has outgrown its current pot, which got broken anyway in one of our recent windstorms. We're going to do a general garden tidy-up this weekend and (a bit optimistically, since it's only the beginning of February) get ready for spring.

(Photo: A monument to the Emancipation of Slaves, from 1835, near Parliament.)
Posted by Steve Reed at 7:38 AM