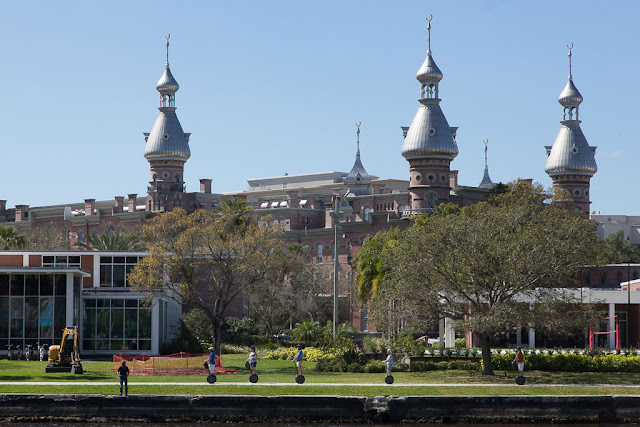 Another beautiful day in paradise! After breakfast with my stepmother and nephew, I spent the late morning yesterday in downtown Tampa, where I met up with my friend Cherie for lunch. It's always great to visit the old hometown.

I spotted a Segway tour rolling past the old Tampa Bay Hotel (above). I didn't know people still rode those things! I thought that fad ended about the time George W. Bush fell off his. 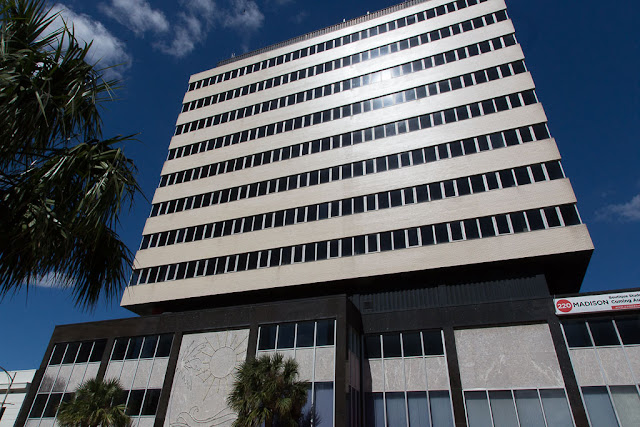 Way back in 1985 or so, I used to work in this building. It was my first official newspaper job -- I was a part-time clerk in a tiny 3-reporter news bureau, located somewhere on the left-hand corner of that tower, facing the Hillsborough River. Sixth floor, maybe? I thought it was the height of glamor to be working in a downtown skyscraper -- even though it is, at best, a rather bland mid-rise building.

It looks like it's about to become student housing -- according to that banner on the right. 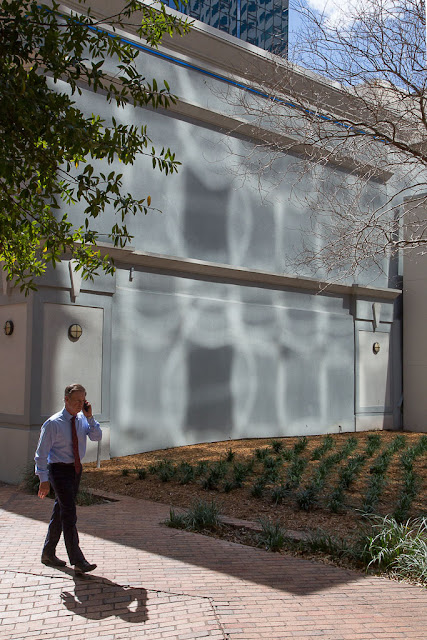 Anyway, it was fun to walk around and experiment photographically with the strong light and shadows and reflections. 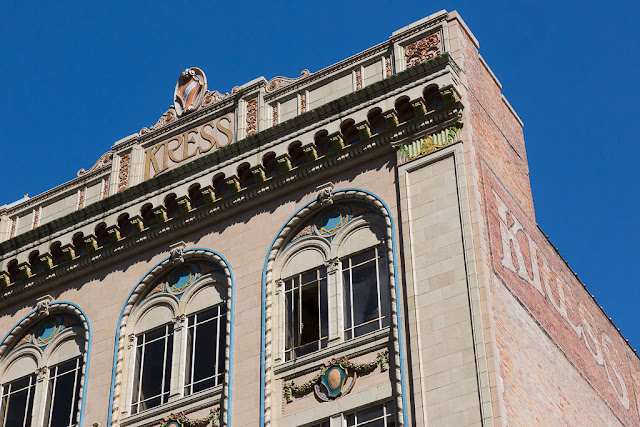 This is a beautiful old Tampa edifice -- the colorfully-tiled Kress building. It's been vacant as long as I can remember. I don't know why the powers-that-be can't restore it and get some tenants in there. 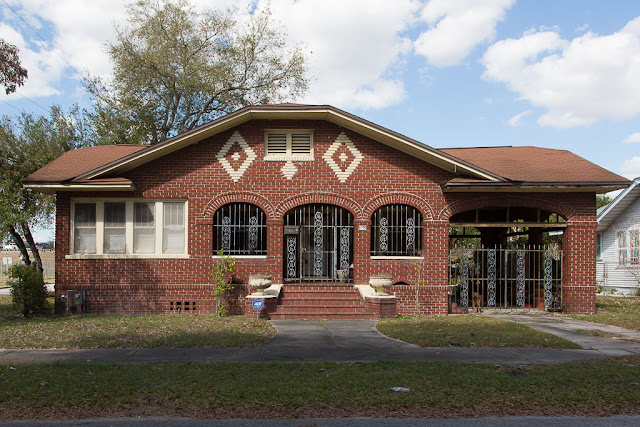 After meeting up with Cherie I drove north through some of Tampa's older neighborhoods (above) before getting on the highway and driving four hours up to Jacksonville. I wound up taking a new route, partly by accident because I made a wrong turn. But hey -- that's how you discover new things, right? 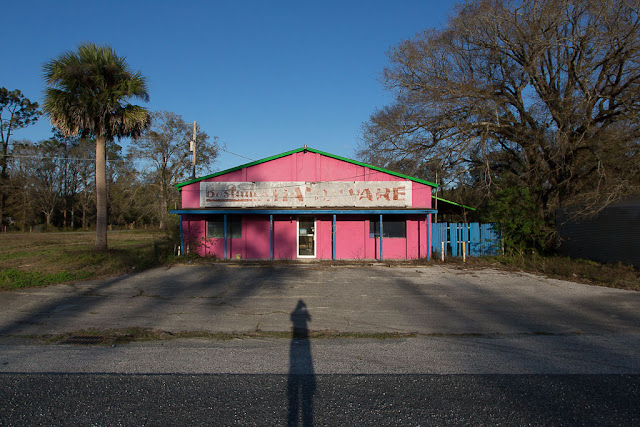 I stopped for some photos of sights along the way -- like this colorful hardware shop in the tiny town of Bostwick. It's not often I get the opportunity to be in my own pictures!
Posted by Steve Reed at 11:47 AM