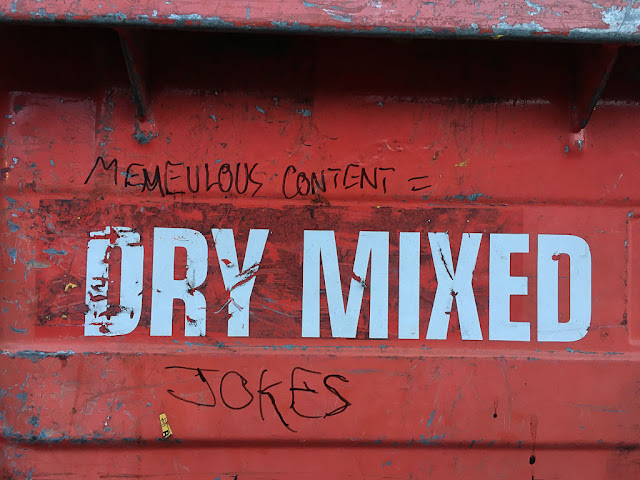 Another random assortment of pictures, taken here and there over the past few weeks.

First, someone's commentary about Internet memes -- scrawled in a decidedly low-tech manner on a waste container for "dry mixed" recyclables. 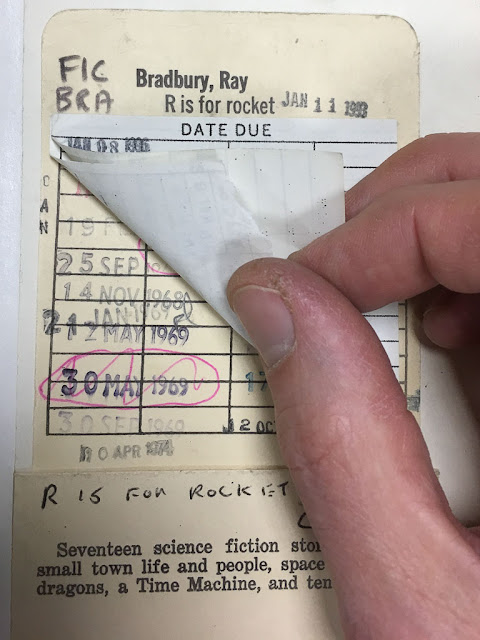 This is surely one of the oldest fiction books in the library where I work. It's still in good shape, and it's been checked out dozens of times going all the way back to early 1968! It's older than Dave, and only slightly younger than me -- and it ain't dead yet. Someone borrowed it just the other day. 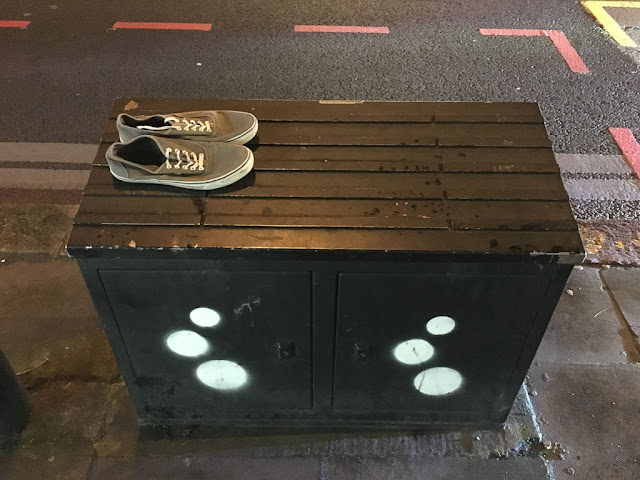 As usual, I've been finding pairs of shoes set out on the street for passersby to take -- both his... 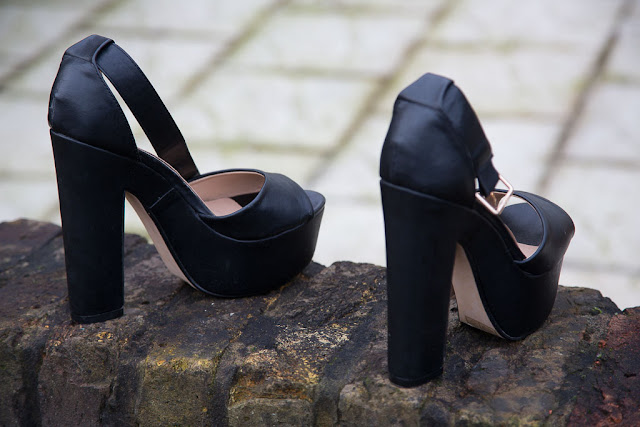 ...and hers. (At least, I think these are hers, though they look chunky enough to support a good-sized drag queen.) 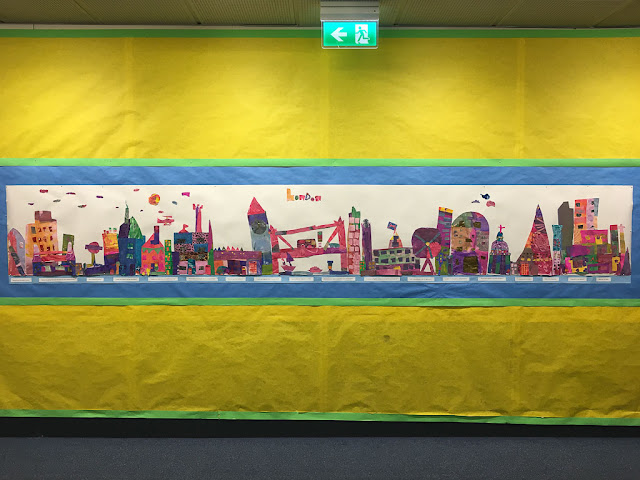 The kids at school produced a colorful mural of the London skyline, displayed in the lobby. 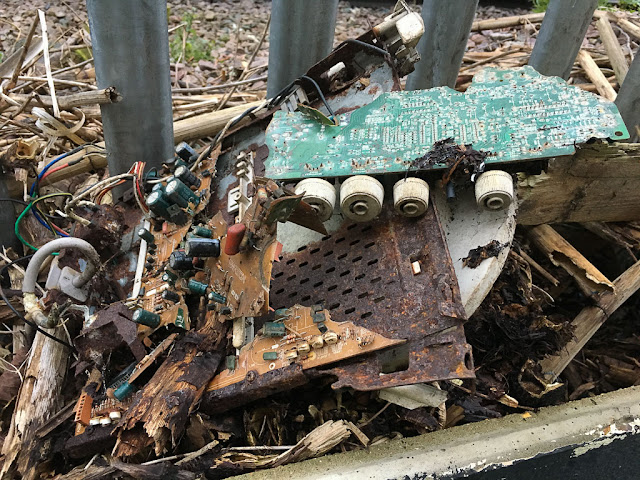 And speaking of art, maybe this could qualify as a piece of found sculpture -- Olga and I came across it on one of our walks. I am genuinely stumped about what it could be. I'm thinking it's the remains of a stereo component, but I'm open to suggestions. 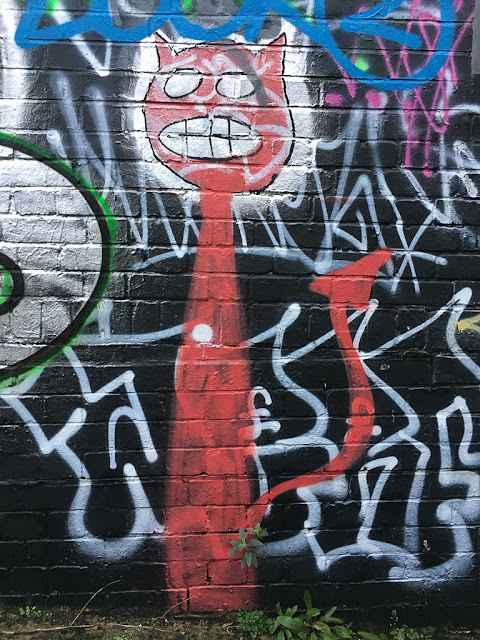 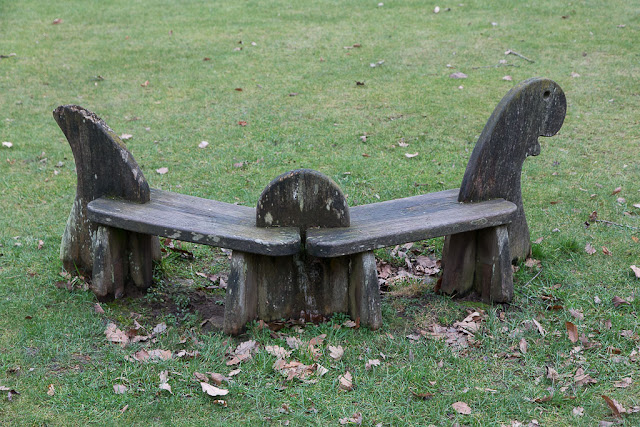 ...and a playground Nessie! 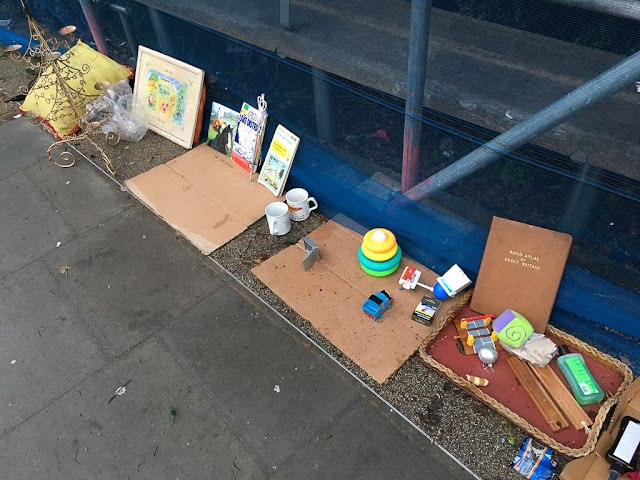 And finally, more debris being offered free to passersby in front of the West Hampstead library. I'm not sure who's been putting this stuff out, but every few days it seems there's a new collection -- and it's been going on for months and months. (I've photographed this phenomenon before.) Someone must have a serious hoarding habit that they're trying to break! (I usually pass these displays by, but I must confess I picked up the leather-bound Road Atlas of Great Britain at lower right. I'm a sucker for old maps!)
Posted by Steve Reed at 6:52 AM