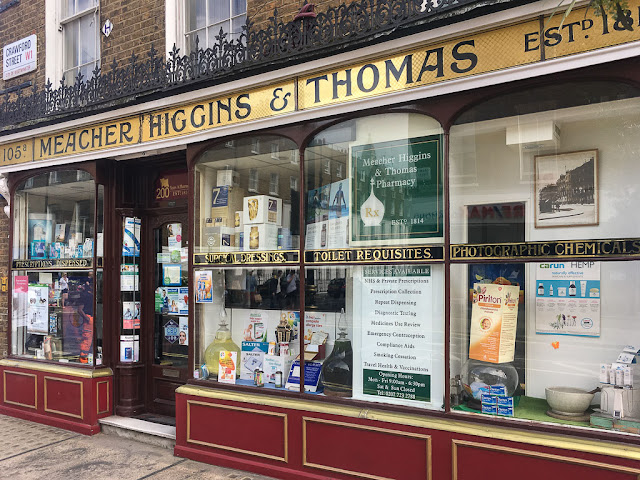 Dave left for work early yesterday morning, wearing his suit and ready to help conduct the end-of-year high school music concert. He and his colleagues had to spend the day moving instruments and setting up the performance space, a big church in Marylebone. Olga and I were left to our own devices.

I spent the morning in the garden, tidying up and doing some minor jobs. Two nights ago Olga flew out the back door, chasing a fox that darted past in the twilight, and ran headlong into a potted delphinium, smashing the pot and leaving a spray of debris across the patio. It looked like it had been struck by a meteor -- which I suppose, in a way, it had. A canine meteor. Anyway, the plant itself was fine -- we just popped it in another pot -- but I had to sweep up all the shards of terra cotta and the pebbles that I'd put in the pot to keep away the squirrels. (The fox got away safely under the garden fence, and Olga, fortunately, is indestructible.) 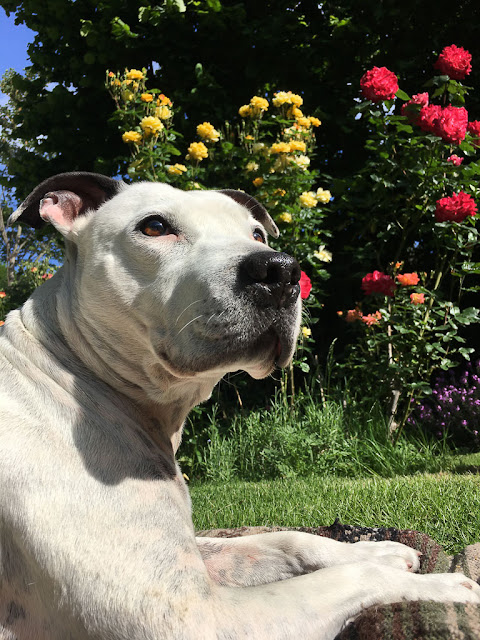 Otherwise, Olga and I lay on a blanket in the sun. I finished Sally Rooney's book "Normal People," which frankly I expected to like more than I did. I found the main characters incredibly frustrating. For two people who were purportedly in love, they couldn't communicate very clearly and they kept having misunderstandings that derailed their relationship. I wanted to scream, "Would you please just TALK to each other?!?!?"

I was having such a great day at home that I really didn't want to go to the concert. I had to force myself into the shower and out the door, but these are the things we do for love, after all. I took my camera down to Marylebone intending to photograph the performance, and only when I got there did I realize the camera battery was completely dead. So basically I was hauling a bag the size and weight of a boat anchor for no purpose at all. I was not amused.

I got coffee at a Starbucks before the show and saw several kids from school wander past as I sat at a cafe table on the sidewalk. They never seem to know how to behave when they see me out of context (in other words, away from school). Do they greet me? Do they ignore me? I get both reactions.

Anyway, of course the concert wound up being terrific, as it is every year -- I never fail to be surprised by the skill level and performance abilities of our students. We heard everything from Miles Davis to Stravinsky to Puccini to African choral music. In the end I was very glad I went.

And then I came home and had an evening gin & tonic on the garden bench, waiting for Dave to reappear after the instruments and equipment had been repacked and transported back to school. (If you're wondering why I didn't stay and help, let me just say -- they have a system. I'd be in the way.) I know he and his music department colleagues feel a huge sense of relief having that concert behind them!