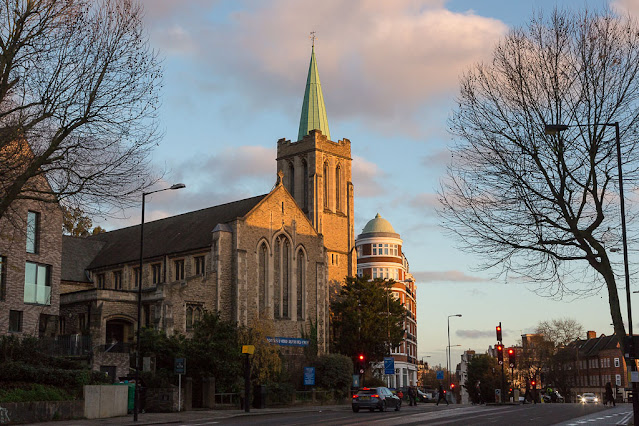 Is anyone else still wrestling with the peculiarities of New Blogger? My lingering problem is that when I upload photos, Blogger inserts empty spaces above them. I have to go into the html code and remove the spaces (indicated by a letter P in brackets). Weirdly, it only happens with the first two pictures in a post. Also, I have to upload pictures one at a time, because if I do them all at once, Blogger reorders them. Rather than appearing in the order I select, they get shuffled.

I suppose it's no big deal, especially for a completely free blogging service, but just for the record, I still have to make those minor tweaks in my workflow.

Yesterday was Boxing Day, which in the UK is a significant holiday -- so named, as I understand it, because this is when household staff and servers would receive their Christmas boxes and tips. (Along with the poor.) We took the opportunity to watch the Queen's Christmas message, which was broadcast the afternoon of Christmas day: 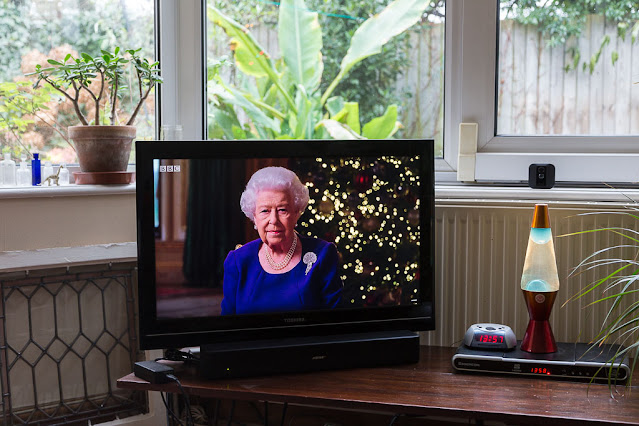 She basically reiterated key parts of the Christmas story from a religious perspective -- while being inclusive of other faiths, too -- and encouraged us all to be kind to each other during these trying times.

Dave pointed out that it's beneficial to have a figure like the Queen who represents a centering morality in the national culture. In America there is no national figure who can remind us all to be kind. There's the president, but depending on who that is, they may or may not be an authoritative moral voice (!). The Queen is very much that, and while political players come and go she remains, an unshakeable figure of stability. I wonder how well that sense of foundation will carry into the next generation -- I think people like Charles now more than they once did, but only time will tell.

I'm not necessarily a royalist -- it's an expensive system, although at least now they pay taxes. It does provide benefits, though. It definitely brings in tourist dollars.

The big news for me, yesterday, was that I finally reached page 803 of "The Pickwick Papers," and thus the magical words, THE END. I enjoyed the book once I finally got focused enough to read it, which didn't happen until about a week ago! It was funny in places and a bit peculiar, almost a collection of short stories, which makes sense when you consider that it was written to provide a narrative for a collection of drawings. As I wrote before, my biggest challenge was keeping all the characters straight.

I also Skyped in the afternoon with my friend Kevin, who I've known since middle school. It was good to catch up with him and compare notes on, among other things, our latest acquisitions of Joni Mitchell swag. (For me, a t-shirt; for Kevin, a CD anthology of all her earliest recordings. Which I intend to buy too.) 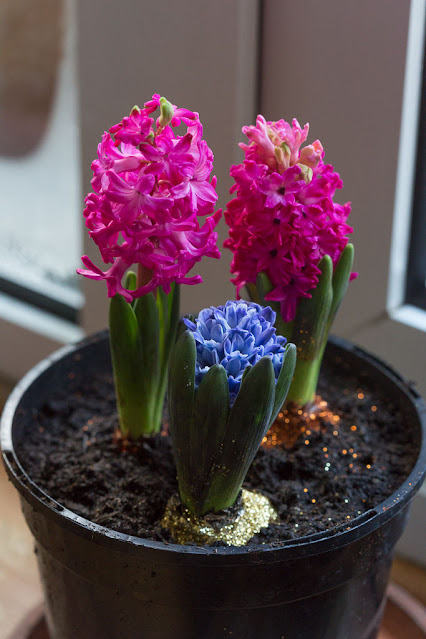 Here's what the glittery drag-queen hyacinths are looking like these days. They smell very sweet. I'm really enjoying them. They're smaller than a normal hyacinth blossom and plant -- I suppose growing from a dry bulb, as they were, doesn't provide the resources for them to get very large. I intend to keep them planted, so maybe next year (assuming they survive) they'll be more normal-sized.

(Top photo: Late afternoon sun on St. Andrew's United Reformed Church, on Finchley Road near our flat.)
Posted by Steve Reed at 7:42 AM