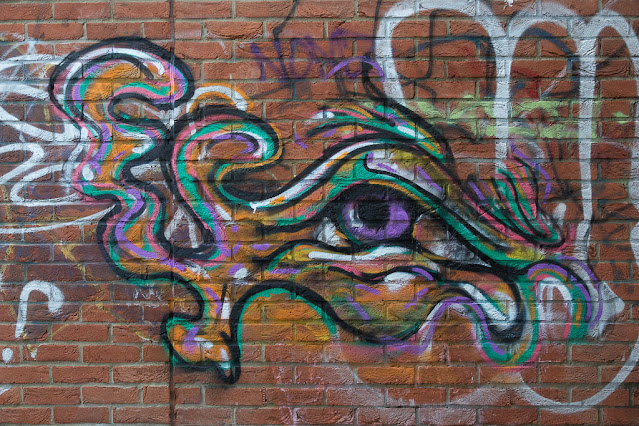 I was so relieved to wake up this morning and see Trump's latest effort to subvert the U.S. election thrown out of the Supreme Court. Thank goodness some adults are holding it together and respecting the system and the will of the people, and not joining Trump and Giuliani in their destructive, floor-pounding toddler tantrum. I will be so glad when the electors vote and inauguration day comes and goes, and their furious charade is over.

Of course, I had to check the commenters on a crazy right-wing news site to see what they had to say about it. "So it's war," was the first response -- which was unsettling until I remembered that the entire online comment stream, which seems so threatening, actually consists of a handful of extremists drinking beer in their bathrobes. Or Russian bots, as I've said before.

Meanwhile, here in the U.K., we've been unable to strike a trade deal with the E.U. It looks like we'll have what Boris Johnson euphemistically calls an "Australia-style" deal, which is his more palatable way of saying no deal at all. Even Australia says it's a bum rap.

I don't pretend to understand it all and I have no idea what it's going to mean for us, the everyday consumers who depend on goods we get from Europe. Higher prices or reduced availability, I suppose. And who knows what it will do to exports and travel. 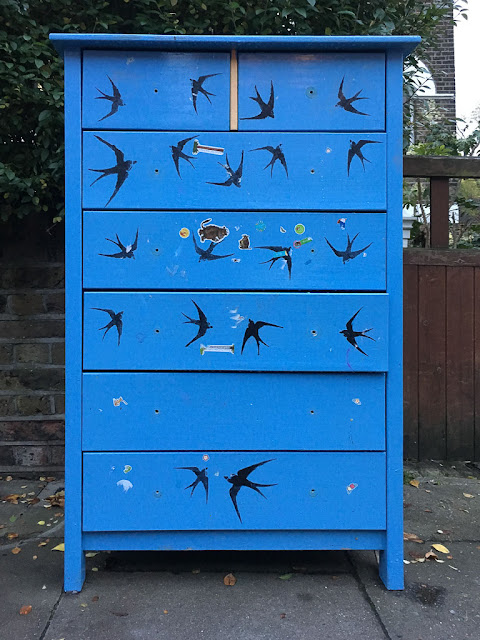 Here's the latest interesting street debris I've seen on our walks to and from work. When it was newly painted and stenciled with those swallows this must have been a nice dresser! I love those stencils. I don't understand why people throw stuff like this away. All it needs is a new coat of paint. (And some knobs.)

When I was a kid, I had a dresser that looked a lot like this, and so did my brother. Over the years both of them became worn and covered with stickers (because kids cover everything with stickers). My mom bought some bright paint and we painted them -- my brother's blue, and mine green. I used it for many years afterwards – until I was in college, in fact. Maybe even after that. I can't quite remember.

Anyway, it would be nice if someone rescued this dresser. It looks like it has a lot of life left in it.