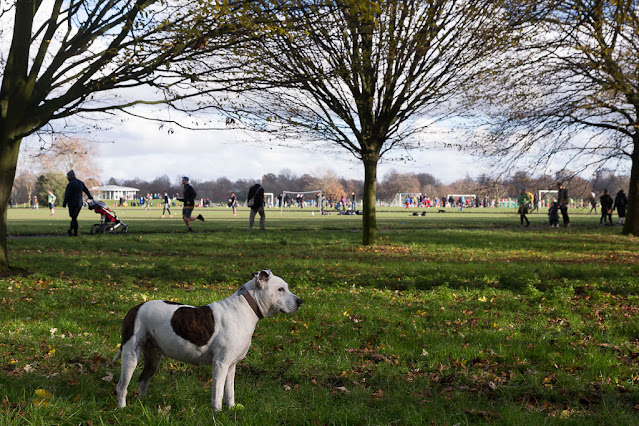 On Friday, as Dave and I were walking home from work, I realized I'd left my phone behind. On a normal day this wouldn't be a big deal -- I'd just get it the next morning. I don't use it much anyway. But the prospect of being without it all weekend, and leaving it lying unattended in a public building for a couple of days, made me uncomfortable.

So I went back yesterday morning. And as long as I was headed in that direction, I decided to take Olga to Regent's Park. We'd never been there together.

We rode the tube down to St. John's Wood and picked up the phone, then walked the short distance to the park's northern edge. When we first entered we found it packed with people. There were lots of sports being played on the athletic fields. 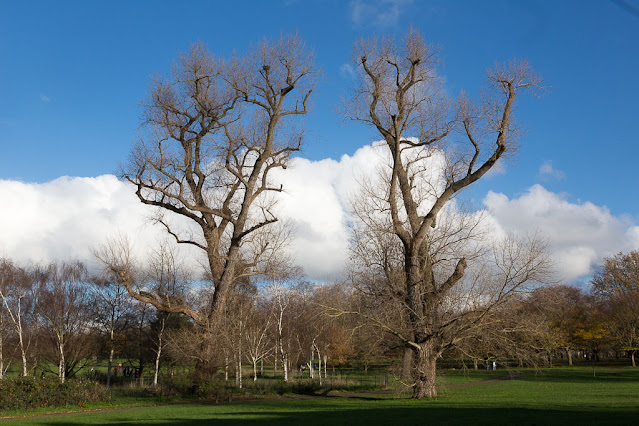 Eventually we found some quieter places to wander.

I've said this before: Regent's Park is a little hard to figure out. Many of the roads and park features are circular, so I'm never sure exactly where I am. 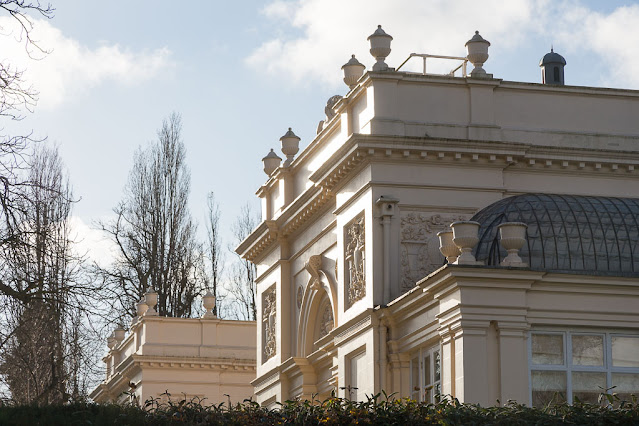 This is St. John's Lodge, a private residence owned by the royal family of Brunei. Can you ever have too many urns? I say no. 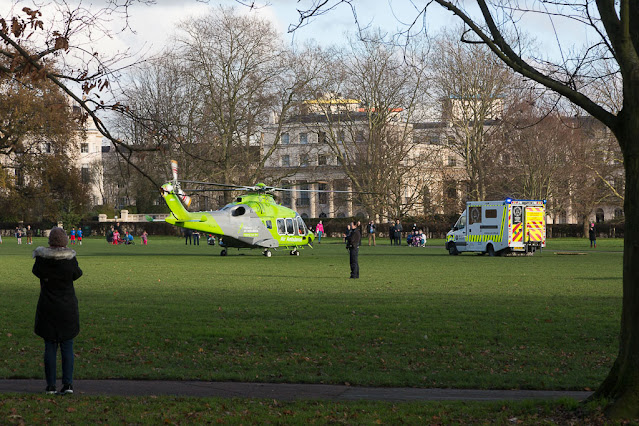 The last time I was in Regent's Park, last June, I saw the air ambulance landing. And this time I saw it again! Is it there all the time, or did I happen to encounter it during two emergencies? 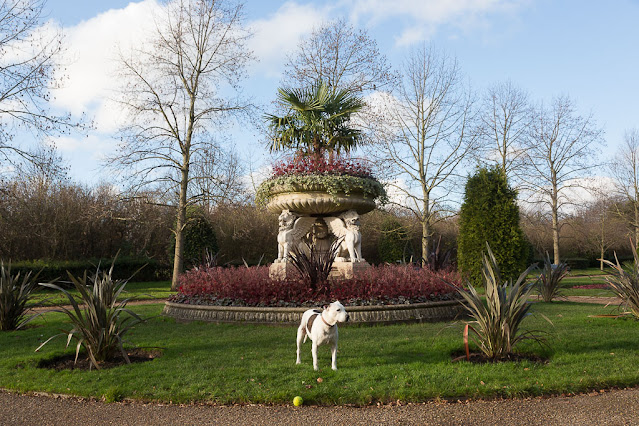 To be honest, Regent's Park isn't the greatest dog park. At least, not for free-running, squirrel-chasing Olga. There are many areas in the park where dogs aren't allowed, or where they must be leashed. (I'm pretty sure I was breaking the rules when I briefly took Olga off the leash for the picture above.) We only saw one or two squirrels, in areas where Olga couldn't chase them – which is probably why they were living there. 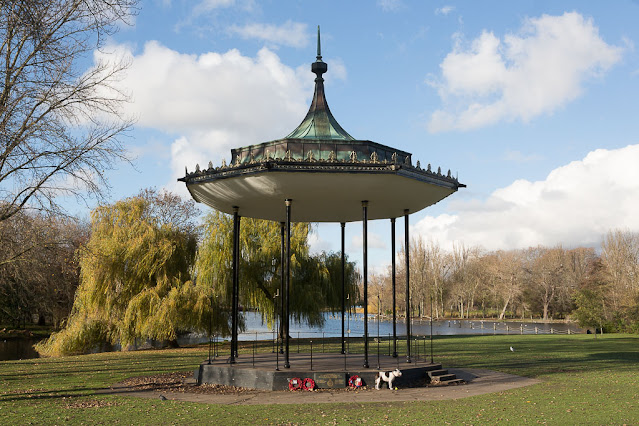 This bandstand was the location of an IRA bombing in 1982 that killed seven military musicians. There's a plaque marking the spot.

There were also signs warning people to keep their dogs out of the lake, and to keep them leashed near the water because of all the exotic waterfowl. Olga is leashed in the photo above – she's tied to the bandstand, and none too happy about it.

Anyway, it made for a nice change of pace to visit such a refined park. But I think Olga is happier crashing through the underbrush on Hampstead Heath.
Posted by Steve Reed at 7:07 AM