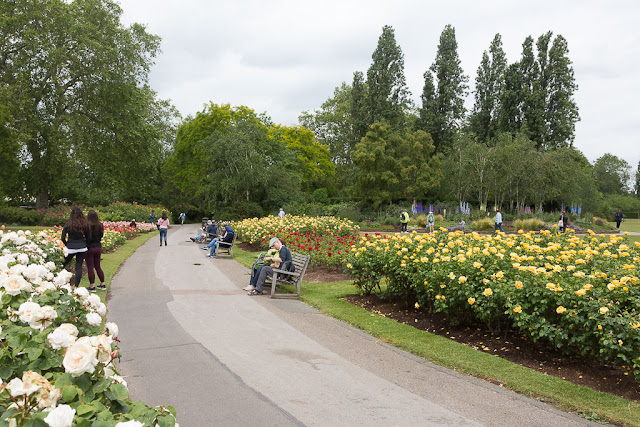 I had to drop by school yesterday to pick up a book, so as long as I was down that way, I figured I'd go to Regent's Park. I don't often visit Regent's, one of the eight Royal Parks, which was named for the Prince Regent (aka the "playboy prince") who later became King George IV. Even though it's the closest Royal Park to our neighborhood and not far from school, it seems I always have somewhere else to go. But not yesterday!

The park has two circular roads, one inside the other, and the formal Queen Mary's Rose Gardens inside the concentric rings. There are ponds and statues and, in the rest of the park, wide-open grassy areas. The London Zoo is located in the northeast corner -- I didn't go there, and in fact I'm not sure it's open at the moment.

The photos above and below show the formal gardens. There are so many roses blooming that they scent the air. Can you see the delphiniums, the blue spires in the background of the top photo, at the right? They were huge. 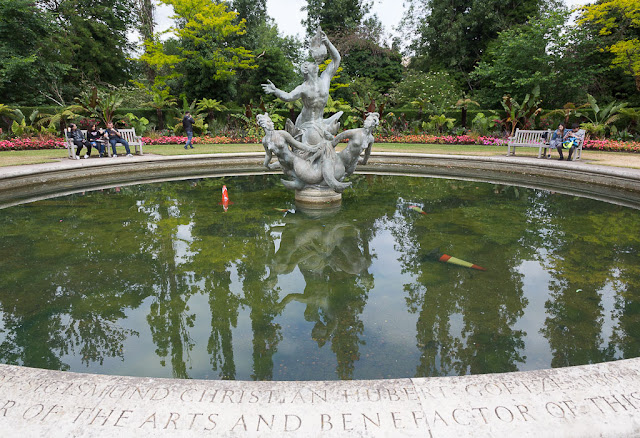 I have no idea why those traffic cones are in the fountain. They look like weird, futuristic koi, don't they? 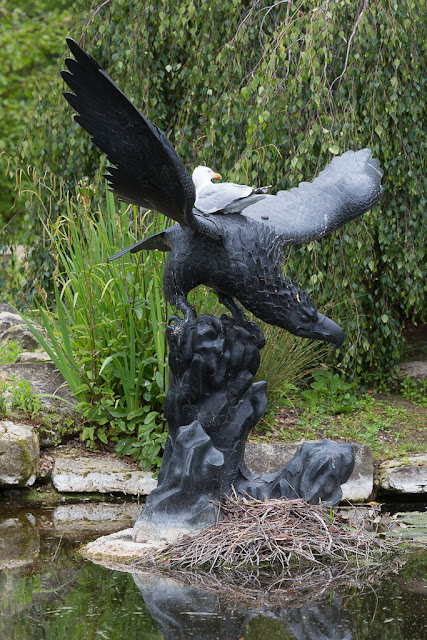 I thought this was humorous -- a bird perched on top of a bird.

Speaking of birds, I stopped and sat on a tree stump and ate lunch I'd picked up at a nearby take-away shop. I heard a rustling sound behind me, and turned to find two big crows sneaking up to steal my potato chips. The nerve! 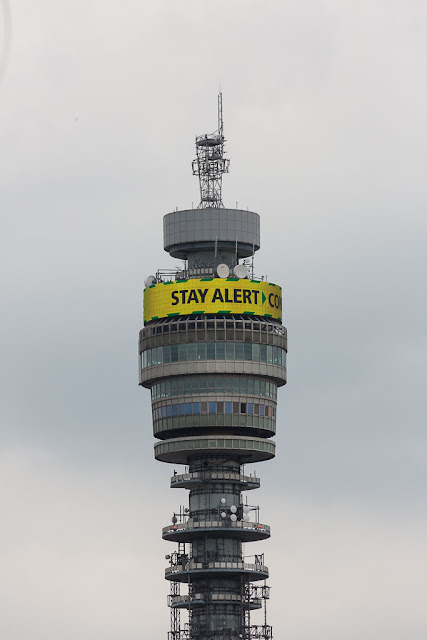 The BT Tower is easily visible from the south side of the park. As you can see, the scrolling message -- which used to read "Stay Home > Protect the NHS," has been changed (in line with government recommendations) to the comparatively vague "Stay Alert > Control the Virus." 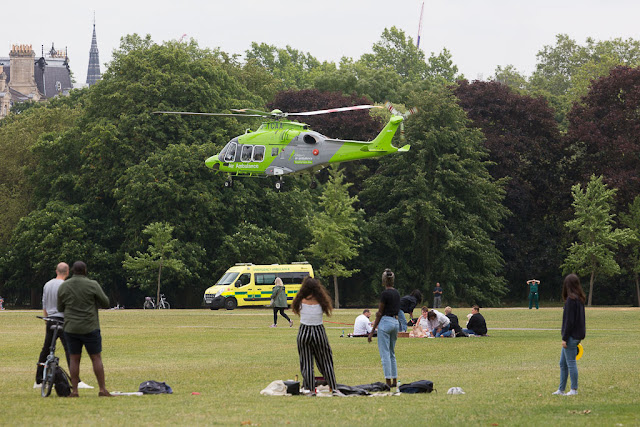 There was some excitement while I walked down the Broad Walk, a tree-lined avenue on the east side of the park. I heard a helicopter close overhead, and watched as an air ambulance landed nearby. I have no idea what was going on. I didn't stick around to find out.

Instead I crossed out of the park and went to adjacent Primrose Hill... 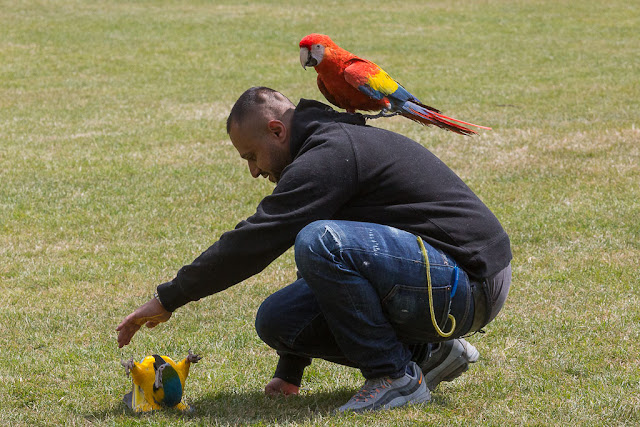 ...where I came across this guy and his brother, exercising their beautiful macaws. The birds above are named Sonic (on the ground) and Phoenix. He'd send them off in flight and they'd fly a wide circle around the park and then come back and land on his shoulders. 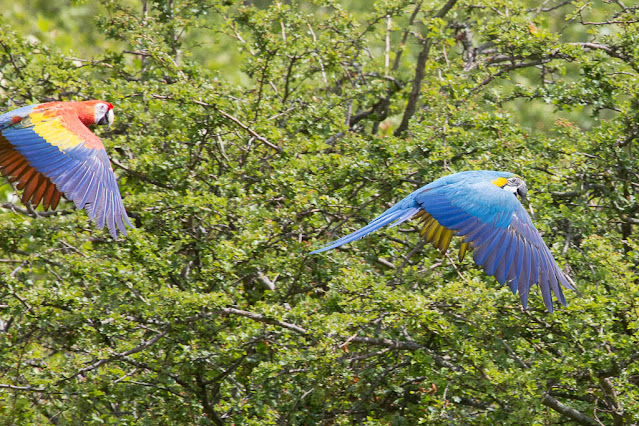 They looked amazing in flight, but unfortunately I could never get an ideal shot. They move fast! 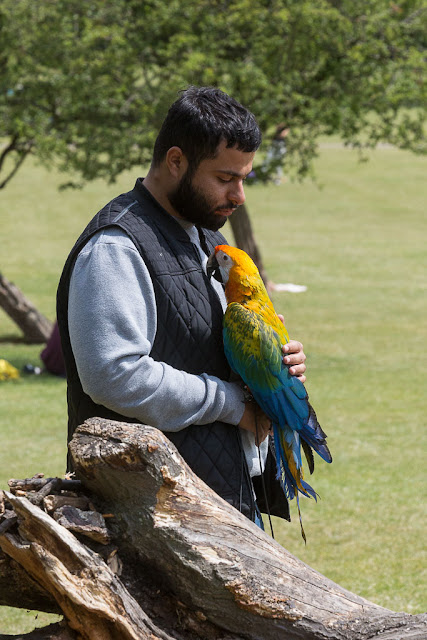 This bird, Rio, is a rescue whose wings had been kept clipped by its former owner. Rio was wearing a long lead while being trained to fly free as its wings grew back.

So the day just kept getting stranger -- from a pleasant picnic and a rose garden to an air ambulance and brilliantly colored macaws. To cap it all off, as I was walking home, an Eastern European woman beckoned me over to a bus stop in Belsize Park and asked haltingly if I spoke English. When I said yes, she pointed to another woman sitting next to her, a Japanese tourist who apparently left her phone on a bus and needed assistance. (I thought, "We have tourists now?!") We tried to call the phone, and when that didn't work, I explained the situation to the driver of the next bus that stopped. He said he'd take her to the end of the line and try to locate the phone on the previous bus. The Japanese woman seemed doubtful but went with him, so fingers crossed.
Posted by Steve Reed at 7:11 AM