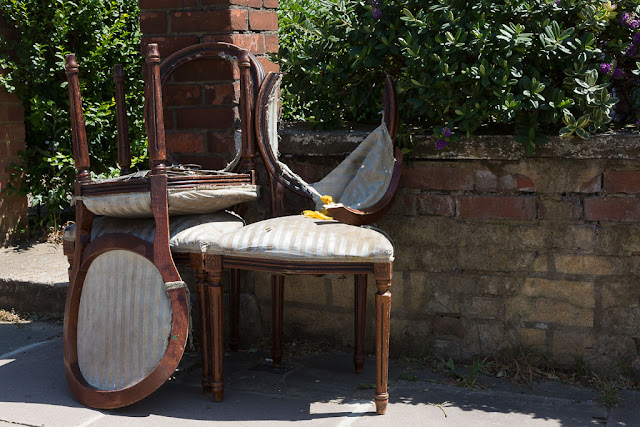 Well, I had a nice, happy little post all queued up for today, but it feels inappropriate given all that's happening in the world. So let me just say a few things that are probably wildly obvious and not very enlightening.

First of all, we had protests in London yesterday prompted by George Floyd's murder in Minneapolis. The UK has its own ugly history of racism and police violence, and protesters took to the streets to remember not only Floyd but others who have died in police custody or in racial attacks, both here and in the states. I certainly stand with the protesters symbolically, but I didn't go myself, given the whole coronavirus situation. (And the fact that we're supposed to stay off public transport.)

Police violence is a long-standing problem. Honestly, it's probably existed as long as there have been police. That doesn't excuse it, of course, and we need to do something about inadequate or outdated training (not to mention institutional racism!) that leads to unsafe choke holds and methods of restraint. We need to fire officers who prove untrainable. Body cameras should be mandatory and must always be turned on.

As others have said, we also need to reverse the increased militarization of American police forces. The police should not resemble an army, and shouldn't accept the military's cast-off equipment as a matter of policy. Police do not need tanks to patrol American streets. Also, tone it down, guys! I was shocked myself by the images I saw of shield-bearing officers barging through crowds of demonstrators in Washington, D.C., hammering on people (journalists, even) and knocking them down. What happened to de-escalation?

We have got to get rid of Trump. The guy is poison. Of course he's not personally responsible for police activity in Minnesota, but his national leadership creates an environment where these incidents fester and explode. Yes, Ferguson happened on Obama's watch -- but the Floyd demonstrations are even bigger, and it seems inarguable that people now feel even less heard and less respected. Trump brings out the worst impulses in both his fans and his foes. His disdain for expertise and his tendency toward authoritarianism -- a perception that anyone who challenges him is an enemy, and that enemies must be cudgeled, dominated, destroyed -- are dangerous. We need a leader who can communicate, who can hear people, react constructively and build bridges.

It was so refreshing to hear Obama speak last night.

Finally, I think we all need to reconsider our use of social media. The 2016 elections showed us it's prone to hacking, and I still see friends re-posting information and articles from dubious sources. I read Facebook for a while last night and it just left me in knots. Conversations on social media are not conversations -- they're one-sided punches and tirades, unleavened by the interpersonal cues humans get when we speak face-to-face. (Twitter is even worse, in my opinion.) I enjoy Facebook and I'll continue using it, but we've all got to be careful about what we post and how we react to our friends. 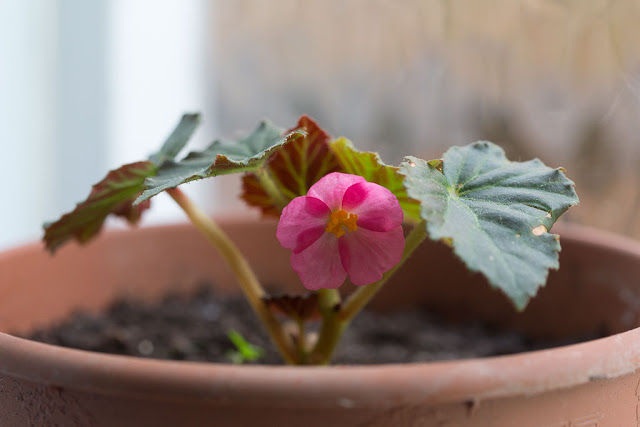 And that's about all I can say. So here's a picture of a begonia, growing on our bathroom windowsill. It's another plant rescue -- a plant I picked up for free at Homebase when the store was closing several weeks ago. It bloomed for us, so apparently it's happy.

These are dark times, but we all have to find little reminders that the world is still beautiful.

(Top photo: Discarded chairs spotted on my walk on Monday.)
Posted by Steve Reed at 7:11 AM