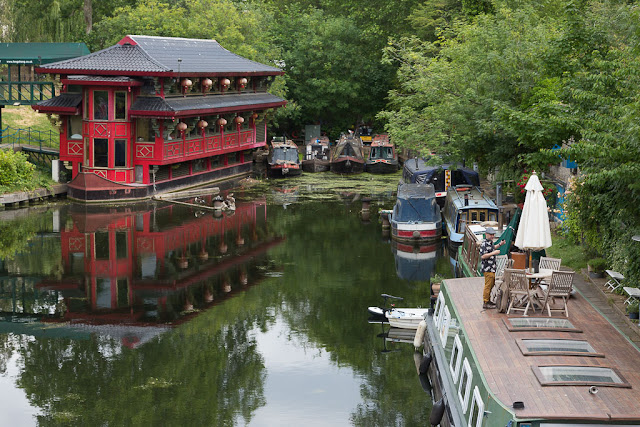 I had a novel experience yesterday -- a Zoom call with more than 260 people! I didn't even know such a thing was possible. Every year, on the last day of school, we have a big assembly of faculty and staff where we wrap up the year and recognize people who are leaving or retiring. This year, obviously, we had to do it virtually, and I must admit it was kind of cool! Every participant was shown, 20 people to a screen, and you had to page through 13 screens to see all of us. It was like a gigantic "Brady Bunch" extended family reunion. We even sang "Happy Birthday" to one of our teachers -- not that anyone could hear it, really.

It's so funny how Zoom has become such a part of all of our lives.

So, yes, the school year is now over. No more Zooming. I know Dave is relieved.

We're still uncertain how the next school year will look. Apparently there are several possible plans, and what we do depends a lot on the government and the course of the virus. We could have only certain grade levels back at school, or certain kids on certain days, or everyone or no one. As for my job in the library, I have no idea how or whether it will change, but considering that so much of it focuses on circulating objects among lots of people, I imagine it's inevitable. I've been assured that I will still have a job, at least.

Speaking of books, I'm reading a fascinating non-fiction book, "The Italian Boy" by Sarah Wise, about a criminal case of body-snatching in London in the 1830s. It could almost be a farce, with three or four drunken protagonists stumbling in and out of pubs all day and in between lugging around the body of a 14-year-old kid, which they're trying to sell to one of the hospitals or anatomy schools for dissection. The crux of the story, of course, is where this body came from and whether or not they killed the boy.

Apparently this really was a business in London at the time -- procuring bodies for medical study. The practitioners were known as "resurrection men," and widely reviled. They sometimes dug up fresh graves to steal the corpses, and were known to linger outside the houses of dying people, waiting to make a deal with relatives.

The book is especially good at describing the filthiness of the city. This was the London of Dickens, before the Victorian sewer system was installed, and everywhere in the streets was poverty, stench and offal. Orphaned or abandoned children slept by the hundreds in doorways and beneath peddlers' carts in the markets. The cemeteries were so crowded they emitted fetid smells. Here's a passage describing James May, one of the body-snatchers, seen by a witness at a neighborhood pub:

"Later in the evening, shortly before nine o'clock, May went up to the bar of the Fortune of War, poured some water over something he was holding in a handkerchief, and began rubbing it. Henry Lock, the barman, took a look and saw May was cleaning blood and flesh from a set of human teeth. Lock remarked to May that they looked like the teeth of a young person and would no doubt be worth something, and May boasted he expected to get two pounds for the set."

That passage alone shows how inured people were to grisly sights. When a guy can stand at the bar and clean stolen human teeth -- which he'd removed from the boy's body, by the way, with an awl -- well, let's just say I don't want to go to that pub. 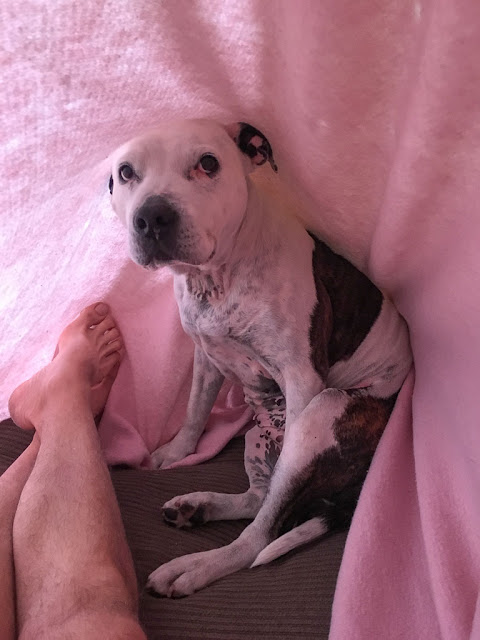 On to happier topics. Olga says hello, from a cozy spot beneath her favorite pink blanket!

(Top photo: The Regent's Canal, near Primrose Hill. The big red boat is a floating Chinese restaurant. I've never been there, but every time I see it I think I should go!)
Posted by Steve Reed at 6:04 AM