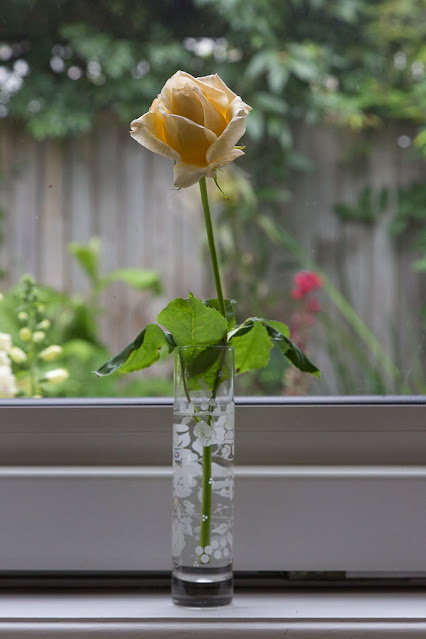 Our garden is enjoying all the rain. (And I am too, I must admit, since it gives me an excuse to hang out inside and read.) Here's an update on what's happening out there at the moment.

First, our disconcertingly beige rose (above) has sent up three buds this year, more than we've seen from it in a while. We call it the "flesh rose," because its petals are similar in color to Crayola's old "flesh" crayon. (Which is now called "peach," apparently.) It's not my favorite rose, but I still cut one of the blossoms for our bud vase. 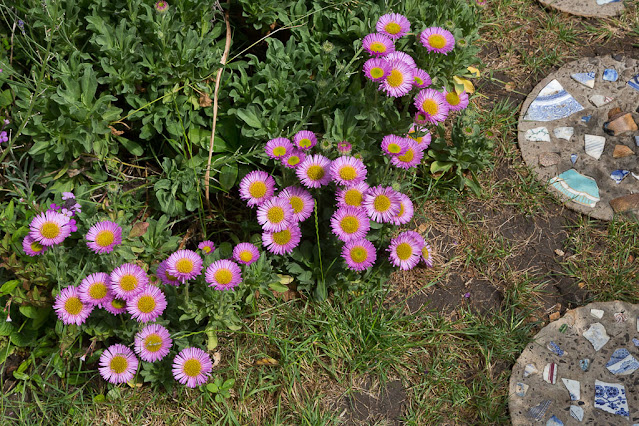 The beach asters are blooming next to our new stepping stones... 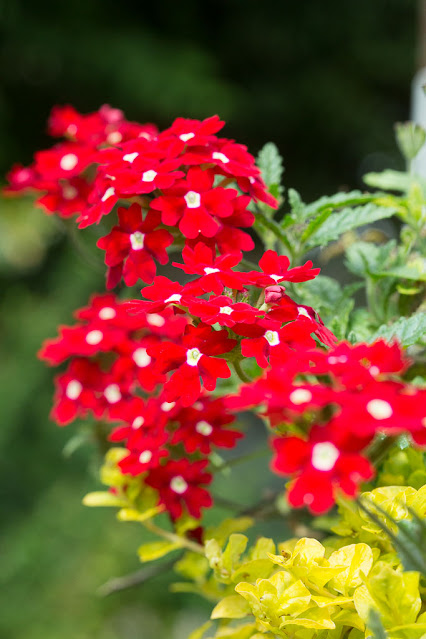 ...and the red verbena in our hanging basket has arisen from he dead and sent out bright flowers. 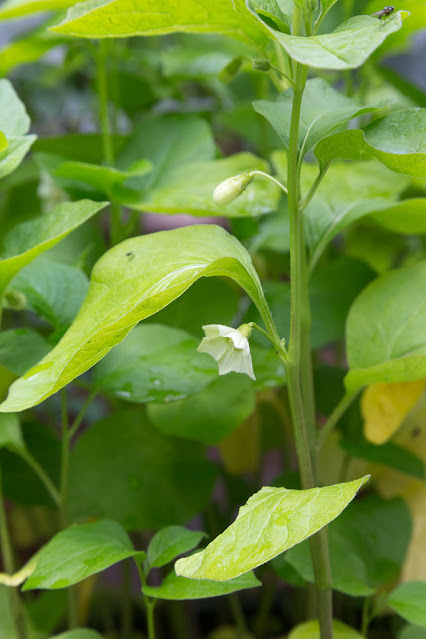 Our Chinese lantern also has lots of little flowers, which hopefully will lead to lanterns later this year. (By the way, remember how I planted two lanterns, trying to grow the plant from seed? Well, that was a failure. Nothing ever sprouted.) 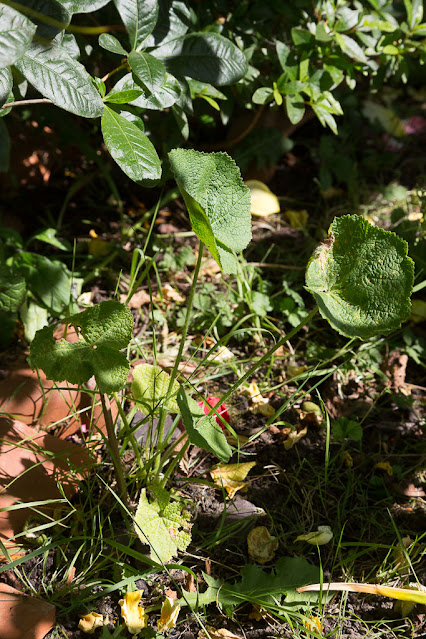 Not everything is rosy in the garden, though. Our hollyhocks, which I grew from seed last spring, look something like this -- and only about half of them survived the winter. I was under the impression that hollyhocks grew easily and monstrously, but ours have never taken off. I'm not giving up on them, exactly, but I'm disappointed they haven't done more. 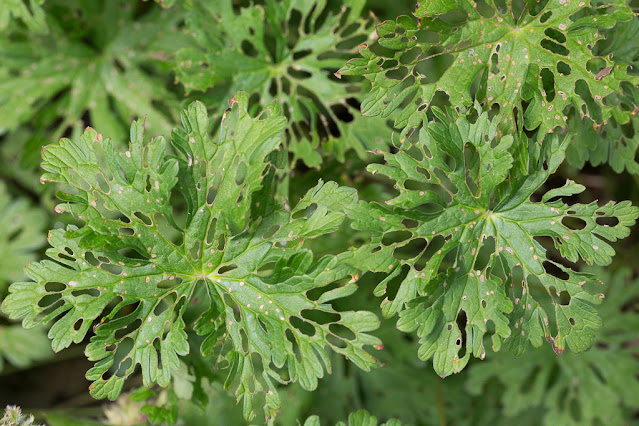 Also, our geraniums are being gnawed to within an inch of their lives. I believe this is some type of sawfly, although I haven't seen the caterpillars themselves, so it could be something else. Apparently they don't kill the plant, but we haven't had any flowers yet this year so I'm not sure it's exactly happy. I'm just going to let nature take its course. 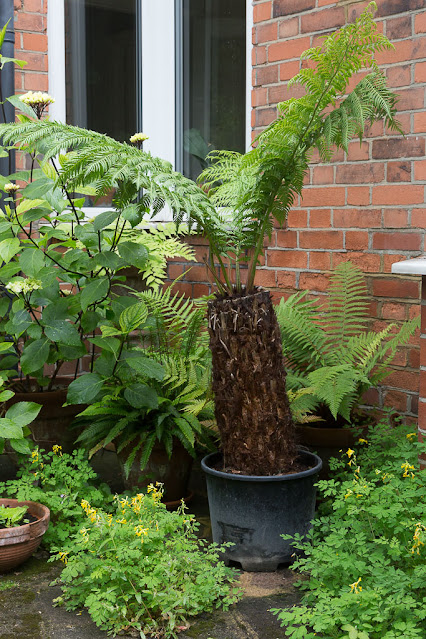 Finally, here's Dave's present for his birthday later this month -- a tree fern! He's wanted one for years, and I finally got around to ordering it. Those little devils are not cheap, and you have to be sure to get one from a reputable dealer so you can be certain it was sustainably harvested. (Apparently they are sometimes poached in their home countries of Australia and New Zealand.) I ordered this one straight from the Royal Horticultural Society, and it arrived Wednesday.

In other news, we finally received word that our Brazil trip next month is cancelled. This doesn't surprise either of us in the least, of course, but we've been waiting for the official verdict. We're being given a voucher to use any time within the next 12 months on another trip, and whatever we don't use during that time period will be returned to us in cash.
Posted by Steve Reed at 7:25 AM