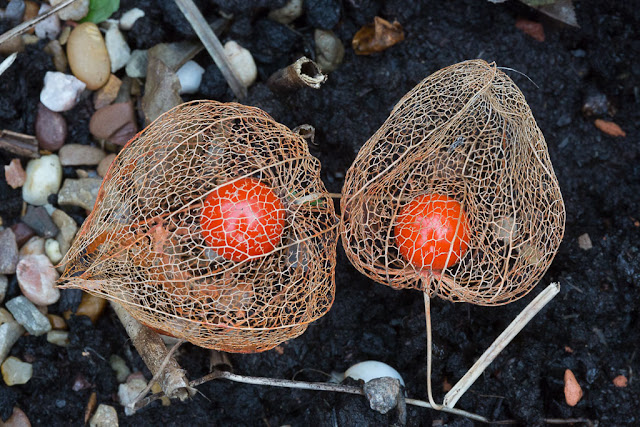 A busy day in the garden yesterday, getting some problems sorted out.

First I walked Olga, and while wandering the neighborhood we passed a house with a rather spectacular Chinese lantern plant in the front garden. I've photographed this plant before -- it always bears a lot more lanterns than ours (which only produced one last year). What interested me is the way the lanterns have decomposed over the winter to reveal a small berry inside -- and no doubt a seed inside that. So I picked up two of them, thinking maybe I could plant them. We'll see. 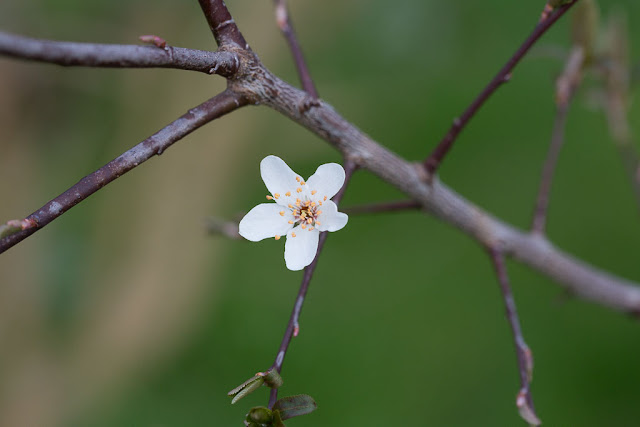 Home again, Dave and I tackled the Problem of the Misplaced Tree.

Several years ago one of our neighbors emptied out a flower pot and discarded the entire root ball of plants. I picked it up -- it included some large clusters of bulbs and a twiggy thing, and I planted it all in the ground. I mainly wanted the bulbs (which turned out to be bluebells) and never knew what the twiggy thing was or what it would become.

Well, in the years since, it's become apparent that the twiggy thing is some kind of tree. It has red-bronze leaves in the summer, and this year, for the first time, it produced a flower (above). I'm thinking it's some kind of ornamental fruit tree. Unfortunately I planted it near the bird bath, right at the front of the garden, which is a terrible place for a tree. It would eventually shade the roses and block our view of much of the garden from the house.

So yesterday, Dave and I dug up the tree and moved it to the back of the garden, where it can live and grow in perpetuity. I didn't take the task lightly, knowing that it might kill the tree, but I think it had to be done. I wish we'd done it just a few weeks earlier, because now the tree is already budding, but who knew spring would come so quickly this year?! 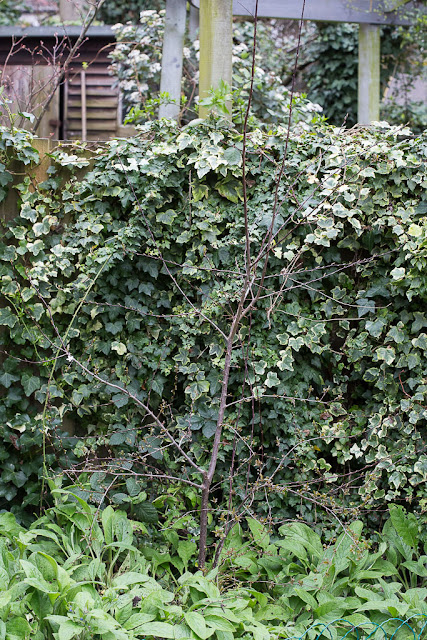 This is the little tree in its new location, near the wildflower garden. Fingers crossed! 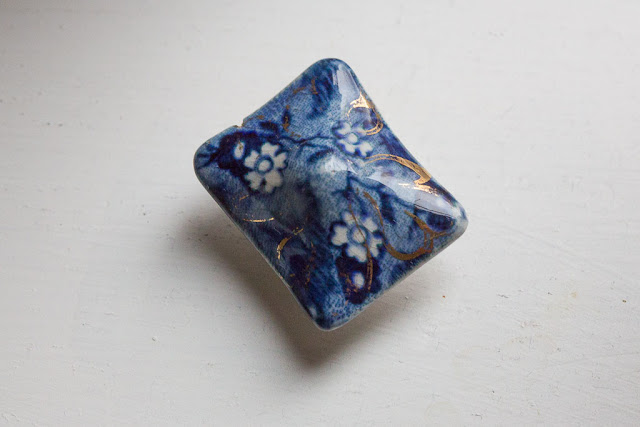 While transplanting the tree, I found this little piece of pottery in the root ball. It looks like the top of a pagoda or teapot, or maybe a drawer pull. I added it to my collection of little pottery bits.

After moving the tree, Dave and I filled the hole with some valerian and some daffodils. (All growing in the blue pot that used to house our horseradish, but the horseradish was barely hanging on at this point.) Now we have a big empty pot, and Dave plans to put a hydrangea in it. 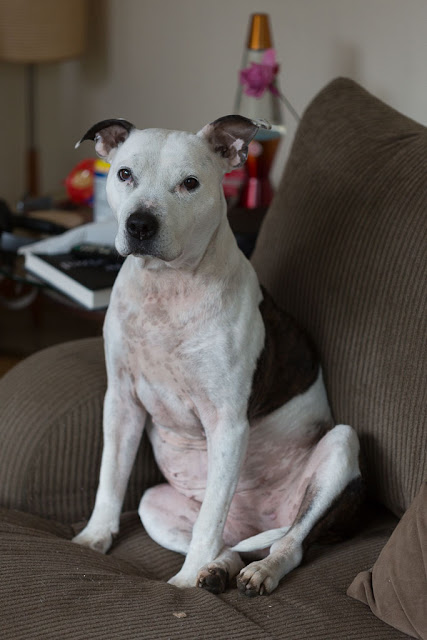 Olga watched all this activity from the couch.
Posted by Steve Reed at 7:00 AM