A Bad Book and a New(ish) Watch 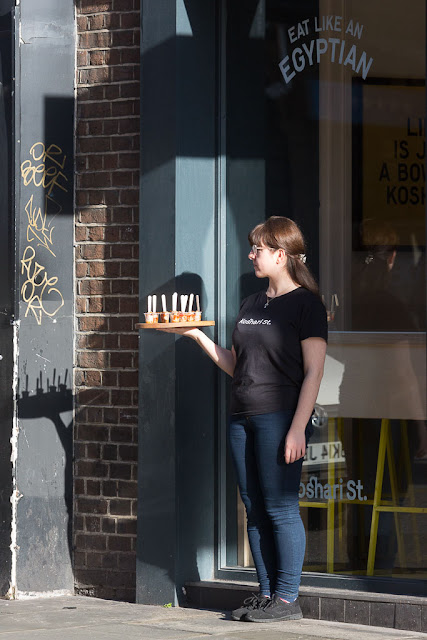 So we have Brexited. Dear God, what a long, arduous journey that has been. And it isn't over, no matter how much Boris promises a bright future of "national renewal." I tend to agree more with Emmanuel Macron, who said it's an "alarm signal" for Europe, after a campaign based on "lies, exaggerations and cheques that were promised but will never come.”

And we have coronavirus, too -- two cases now in the UK.

May we live in interesting times.

Someone in the comments yesterday said they were dying to know the identity of the dashing young man with exceptional teeth who we couldn't identify on Quiz Night. I believe it was a youthful Matthew Lawrence -- who, admittedly, I probably should have known, since he was a star in the '90s. But I never watched his show, "Boy Meets World."

I've started another Newbery book, and it's awful so far. It's called "The Dark Frigate," and it's one of the earliest winners -- a pirate story that is unfortunately written in English as it might have been spoken in the 17th Century. Lots of "thous" and "quoths" and "thereupons." Here's a line spoken by someone who's supposed to be Scottish: "Who the de'il gaed yonder on sic like e'en and at sic like hoddin' gait?"

I don't know about you, but I have NO IDEA what that's supposed to say.

Here's what people have to say about the book on Goodreads:

-- "This one is a reminder that all Newberys are not good."
-- "I doubt any kid ever enjoyed this."
-- "This book took me forever to read. Every time I tried to read, I would quickly fall asleep."

To be fair, however, it has a 3.4-star rating (out of five), and some people are quite enthusiastic about it. So I'm continuing to slog. I'm on page 39, of 246. I suspect it won the Newbery partly because the promising young author, Charles Boardman Hawes, died of a sudden illness shortly before its publication in 1923. A sympathy prize, in other words, kind of like Elizabeth Taylor winning the Oscar for "Butterfield 8." 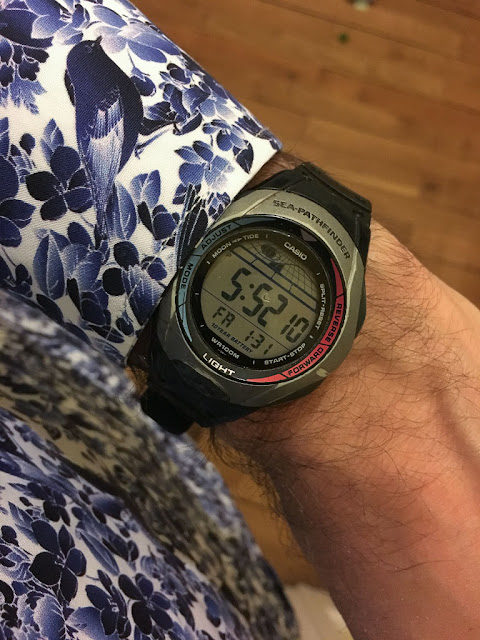 Remember that watch I found in the back garden? Check it out! I took it to a watch repair shop yesterday evening, and the guy unscrewed the back cover and put in a new battery, and voila -- a functioning watch! The battery and a new band cost £15, which seemed very reasonable to me.

I have no idea what I'm going to do with it, because I don't wear a watch and I'm not sure I want to wear a watch, but I think it's cool that I was able to revive it after it lay in the dirt for at least six years! Casio should use this in a commercial.

(Top photo: Free samples in Covent Garden, a few weeks ago.)
Posted by Steve Reed at 7:35 AM