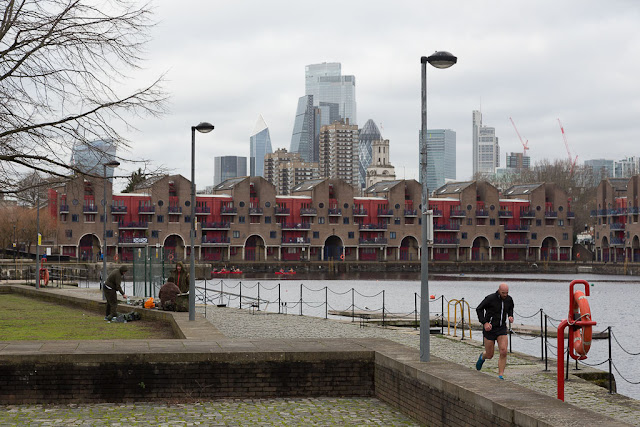 I took a photo walk yesterday through the neighborhood of Wapping, east of the city on the Thames. It's one of the few places in London I'd never visited -- mostly, it seems, a collection of mid-century apartment buildings and housing estates.

That's the Shadwell Basin, above, looking westward toward Central London. 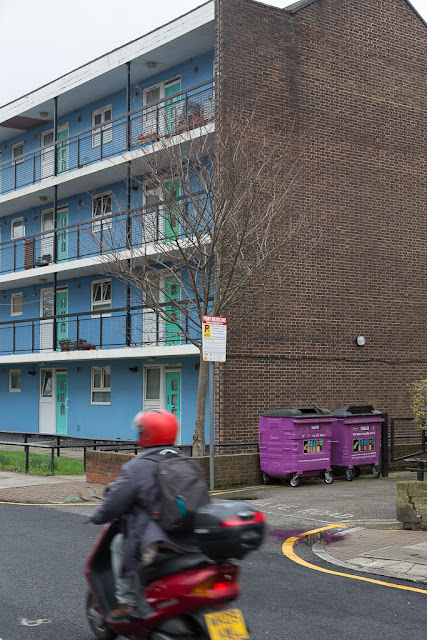 I think Wapping was heavily bombed in World War II, like much of London's so-called docklands area, which is why so much of the construction is post-war. There are a few older churches and some big warehouses by the river that have been converted into flats and offices. 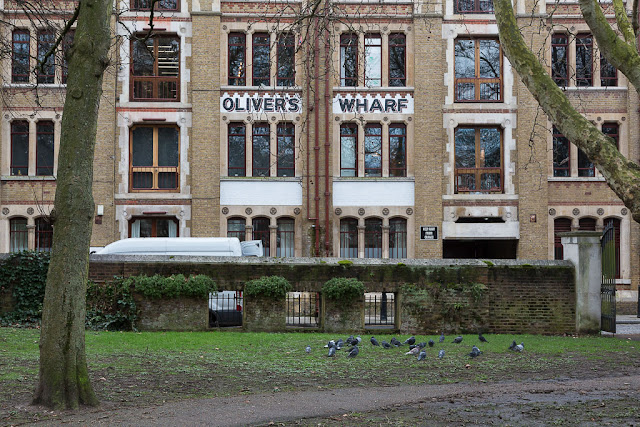 I was reading my pal Sarah's blog a few days ago, when she mentioned the arrival of her new cat, Oliver. She joked that he "has his own wharf" and posted a picture of the building above. I didn't even know where it was -- and then yesterday, completely coincidentally, I found myself right outside!

I wonder if Oliver's Wharf is named for Oliver Twist? I also noticed a pub named after the Artful Dodger, and a Gulliver's Wharf. Lots of literary references in Wapping. 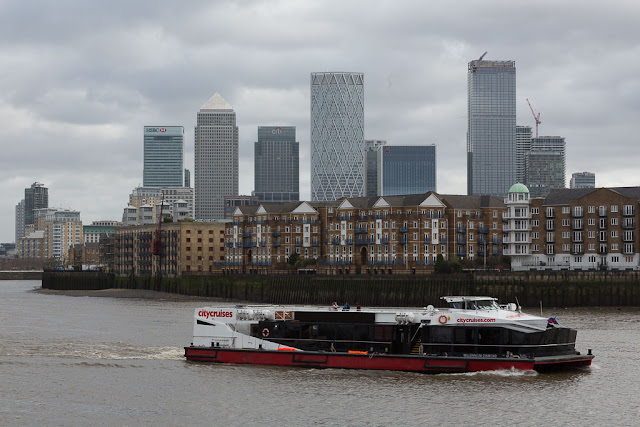 I walked along the Thames Path, looking out across the water to Rotherhithe and, beyond that, the skyscrapers of Canary Wharf. 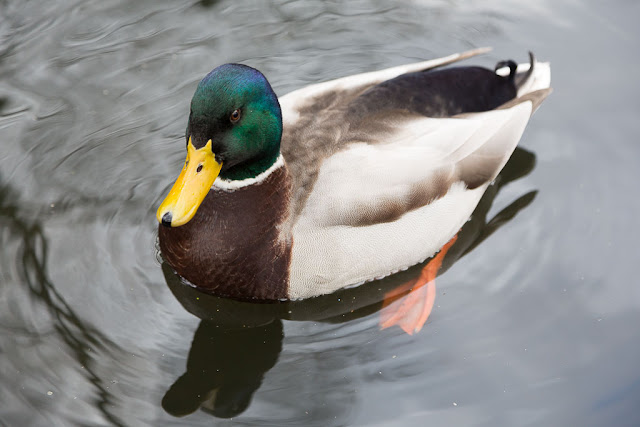 It is surprisingly hard to get a good picture of a duck. They're always moving -- particularly when, like this one, they associate humans with food and keep trying to get closer and closer. 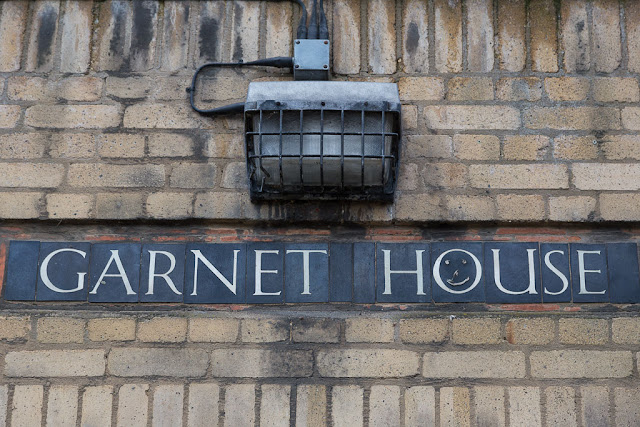 Anyway, it was a good walk. I got to work out some of my post-Dennis cabin fever!
Posted by Steve Reed at 6:58 AM