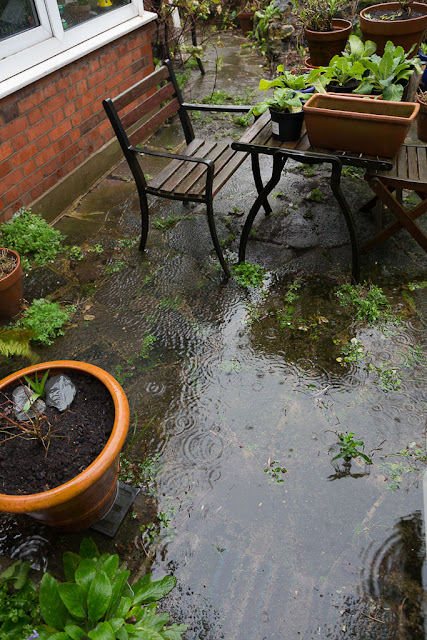 To say yesterday was rainy would be an understatement. Storm Ciara brought window-rattling winds and a series of heavy downpours, drowning our patio and knocking all the daffodils flat. I tried to take a video to show you the intensity of the rain, but I'm not sure how visible it is:

Anyway, trust me -- a lot of rain! And what we got was nothing compared to some other parts of Britain, which experienced widespread flooding and power outages.

We had planned to get out into the garden and prune the roses and the buddleia, but that task will now have to wait. I'm already afraid we've let it go too long, because with our unusually warm winter, the roses are sending out new shoots. 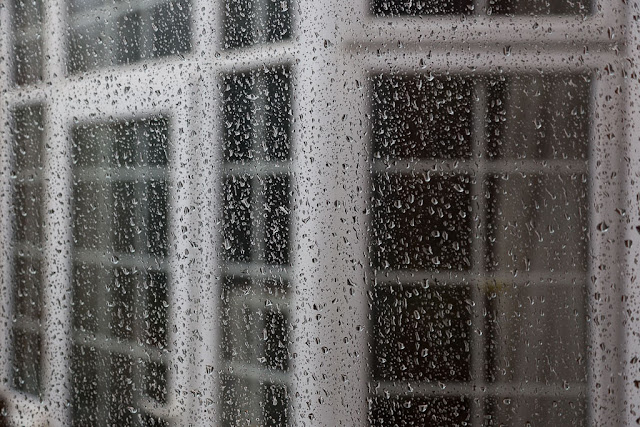 Anyway, confined indoors, I inadvertently got sucked into a major photo archiving project. I store all my photos on a hard drive, and when I tried to upload my latest batch, I found the drive was full. I looked at my archives, though, and discovered that back when I was doing Bleeding London for the Royal Photographic Society -- that project to take a picture on every street in London -- I archived not only my pictures but also the confirming photos of the street signs, which I took just to prove I'd been there and to help keep the project organized. Surely I no longer need pictures of 2,000 London street signs?

So I spent a lot of time culling those pictures. Afterwards I think I'll download the culled albums, erase them from the drive, and upload them again -- hopefully keeping the data defragmented and making room for new photos. (Is defragmenting data even a thing anymore? I have no idea.)

Dave and I did manage to watch all of "The Irishman" on Netflix. I enjoyed it far more than I thought I would, given its three-plus-hours length and its mob themes. I'm not interested in the mafia but for some reason I find Jimmy Hoffa's disappearance very intriguing. It's an unsolved mystery – a cultural black hole. 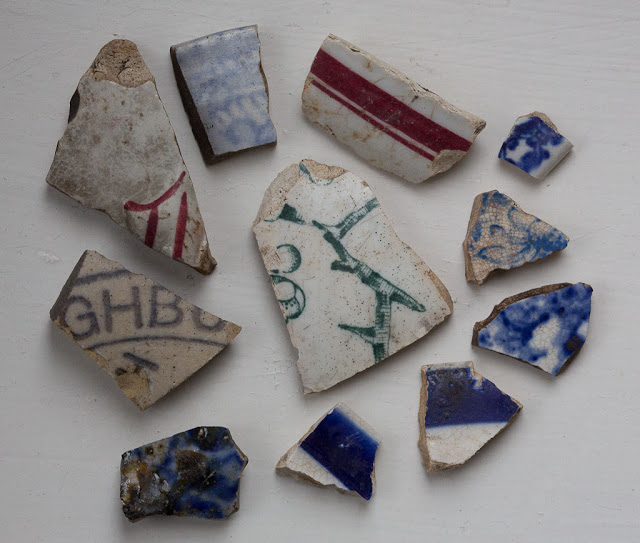 Here's my latest haul of pottery chips, from my walk on the Heath with Olga on Saturday. I am slowly developing a plan in the back of my mind to use these for something. Meanwhile they're kind of cool all on their own.

Finally, a shout-out to reader Charlotte, who relayed a message to me via Ms. Moon about the identity of the mystery plant in our garden. We've been thinking borage, but Charlotte suggested an additional possibility. We'll see what happens when it blooms. I appreciate the information, Charlotte! (The plant survived yesterday's wind just fine, by the way -- I've got it staked up.)

Oh, and that mysterious white object by our shed yesterday morning? A yard waste bag – and even one of our own, not a neighbor's. Not very exciting. I'm sorry I even brought it up.
Posted by Steve Reed at 7:11 AM