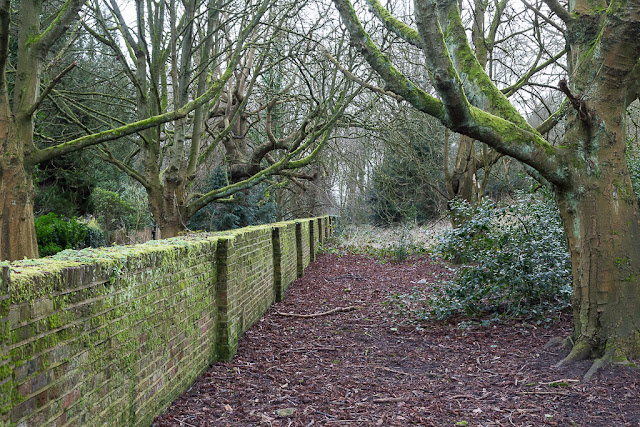 When Olga and I visited the Heath on Saturday, I snapped this picture of the long brick wall that separates part of Sandy Heath from the end of North End Avenue. Don't you love all that green, mossy texture? I wish I knew the history of this wall. It's not far from the Pitt House Gateway, and I wonder if it also dates to the 1700s.

Seems like a wall that old would have fallen down by now, so maybe not. 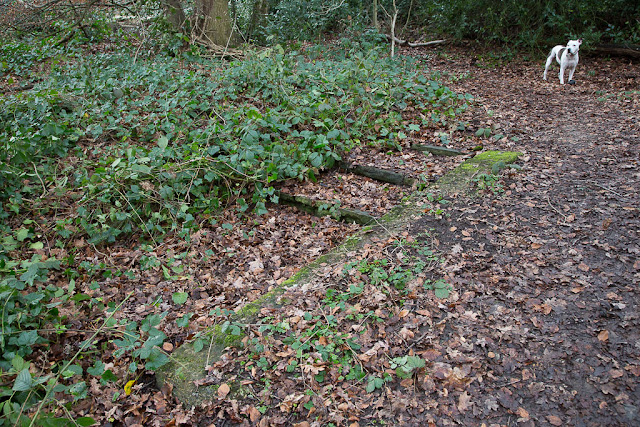 Nearby I noticed some steps, practically buried beneath the vegetation. In fact, they are buried and invisible under brambles and ivy most of the year. As many times as I've walked this path, I've never seen them before.

So the New Hampshire election results are interesting. Are we headed toward a Bernie candidacy? I have mixed feelings about that, as I've written before -- I like his politics but I'm not sure about him, personally. I'm glad Buttigieg and Klobuchar did well, and I wish Warren had done better. I'm not sure where this leaves her. She's looking more and more like a long shot.

Oh, and I never mentioned the Oscars, which we did not watch. Dave and I haven't seen "Parasite" yet, but we certainly will. I suppose I might even get myself to a cinema. (Ugh! Loud advertisements and trailers! Other people!) I was happy to see Renee Zellweger and Laura Dern win -- Dern has been one of my favorite actresses for years. As for the guys, I haven't seen "Joker" but I think Joaquin Phoenix is an interesting actor, so no quibbles there. And Brad Pitt was fabulous in "Once Upon a Time in Hollywood," so I can't argue with that either. I'm glad the Academy finally gave Pitt his due, rather than dismissing him as a mere pretty boy.

I haven't seen "Marriage Story" yet, but we have it saved in our Netflix queue, so we'll get to it one of these days.
Posted by Steve Reed at 6:32 AM