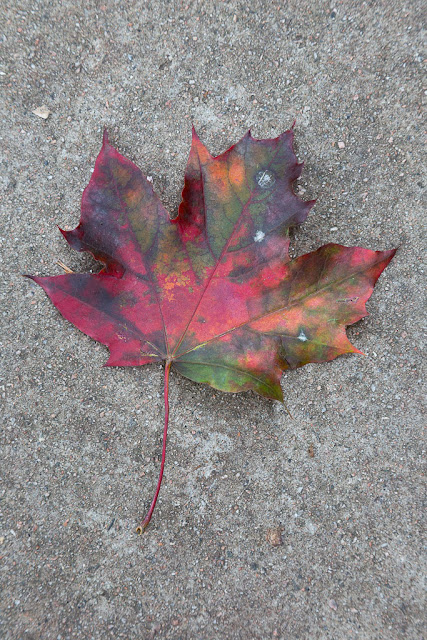 As promised, I took Olga back to Hampstead Heath yesterday for a long, long walk. We had a great time. She must have been storing up energy these past few weekends because she was a wild thing. At one point, as she barked and barked and barked at a squirrel up a tree, an older woman with a Scottish accent said to me, "Is she all right?"

I couldn't tell if she meant "Is she friendly?" or "Is she mentally well?" I covered my bases and said yes, she's friendly and she's just excited about the squirrels.

It's beginning to seem truly autumnal, with a few changing leaves scattered here and there... 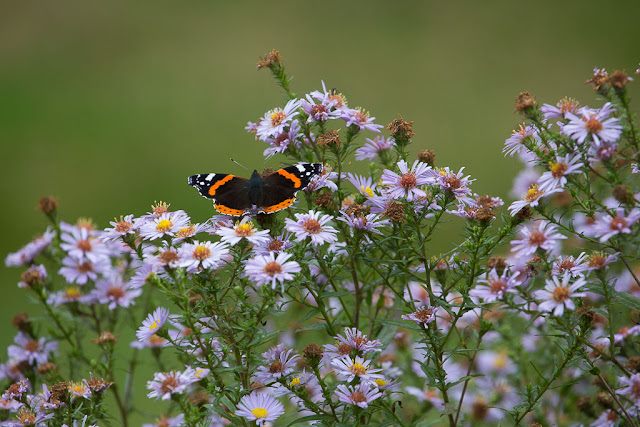 ...but there are also a few lingering traces of summer, like the two red admiral butterflies I saw fluttering around this stand of purple asters. 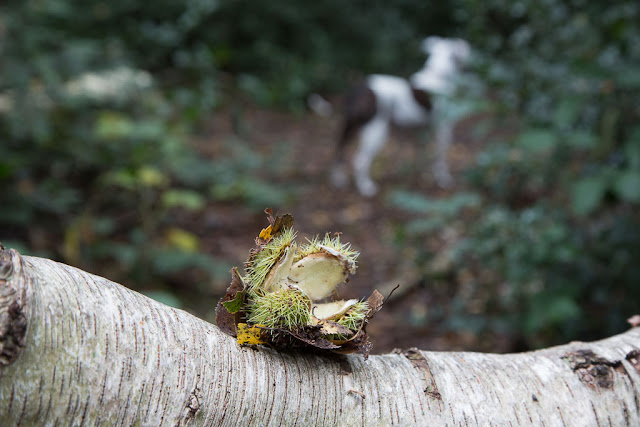 The chestnuts are falling, their spiny husks opening like alien pods. The shiny brown nuts within litter the forest floor. 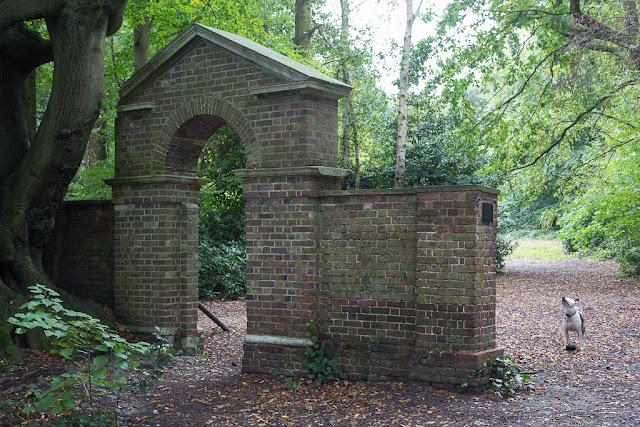 I've blogged this brick arch or gate several times, but on this walk I noticed a sign has been attached explaining its origins. (You can see the sign, a dark square on the right side of the structure. It definitely wasn't there a few years ago.) Apparently this is known as the Pitt House Gateway and dates from around 1766, when it was built as an improvement to the residence of William Pitt, Earl of Chatham. 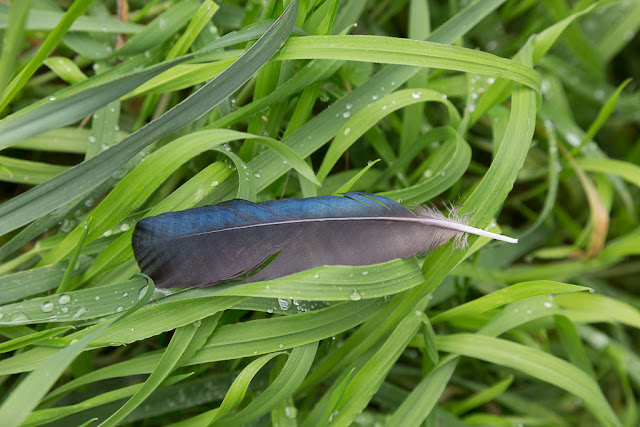 Olga and I found an iridescent blue magpie feather, lying in the dewy grass. 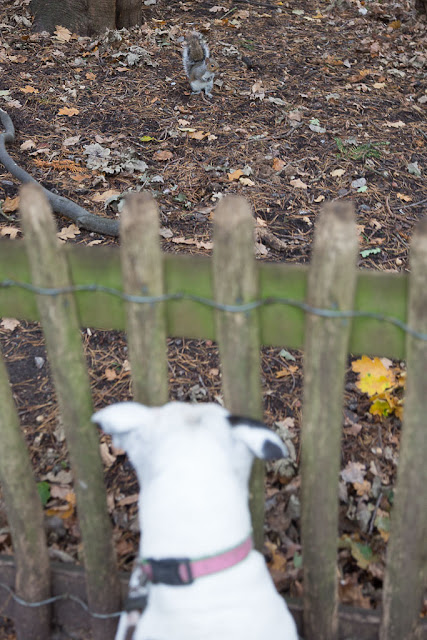 By the time we reached Golders Hill Park near the end of our walk, Olga had given up barking at squirrels. She was barked out. Instead she stared through the fences along the woodland paths, seething with canine frustration. So close, and yet so far!

Last night, Dave and I watched a documentary double feature -- "The Last Resort," about two photographers who depicted the lives of Jewish retirees in Miami Beach in the late 1970s; and "Fahrenheit 11/9," Michael Moore's movie about the election of Donald Trump. The first was fascinating, the second, depressing and infuriating. Moore raised perfectly valid criticisms about American political structure and society, but he took everyone to task (even Obama) and his film was ultimately short on solutions. I can accept that our societies and our democracies are in grave danger, but aside from voting -- which as he points out is an act diluted by the power of the main political parties and the electoral college -- what do we do about it?
Posted by Steve Reed at 7:31 AM